As Vietnam's students settle into the new academic year, the results for the 2019 IGCSEs have been released. How did students in Vietnam perform? Which schools have published their results?
Vietnam: 2019 IGCSE Results
By Carli Allan 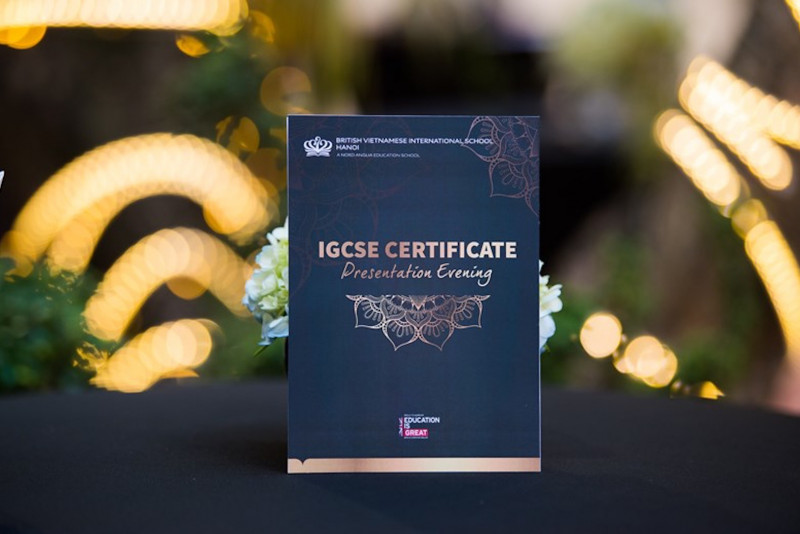 This is the second year that most Vietnam schools have had I/GCSE examinations graded using both the A*-G or 9 to 1 grading systems.

Schools in Vietnam work with two main IGCSE examination boards, Cambridge and Pearson Edexcel, which have adopted the 9-1 grading scale to award some International GCSE qualifications across South East Asia. Last year, only English and Mathematics International GCSEs were awarded using the new 9-1 grading scale. This year’s Pearson Edexcel International GCSE results have seen the scale being applied to all other subjects as well, and Cambridge to many of its subjects. Schools in Vietnam are reporting their results on the A-G scale.

Given the new, 'higher' standards, the results of Thailand students, detailed below, are all the more impressive. We will continue to add to this feature as schools provide further data.

British Vietnamese International School, Hanoi reported that the school’s results are broadly in line with the results of the previous year. 37% of all entries were graded at A*-A, compared to 20.8% in the UK. Five students achieved all A* and A grades, with one student achieving A* grades in every paper. 95% of those taking mathematics one year early achieved the top grade.

The numbers of students taking the examinations rose by 83% from the previous year, and the pass rate of 98% for A* to E grades is considerably higher than the 67.3% pass rate in the UK.

The school says: "In IGCSEs, the huge increase in the numbers of students taking these examinations shows how important this qualification is to students and parents and how they value the high quality education that is on offer in preparing students for the next stage. 47 students of this year’s IGCSE cohort saw top grades in over 50% of their papers."

Year 11 student Kim YeonOo, who achieved nine A* for all nine subjects she studied, said: “What I most appreciate when looking back the whole IGCSE time is how I strongly commit with the objectives and how my teachers inspire me to achieve the higher potential of myself. I can clearly feel the extra care I receive, not just about my progress but also about my feeling at school”.

British Vietnamese International School, Ho Chi Minh City matched the success if its sister school in Hanoi with 89% of students receiving at least five A*-C grades overall. 42% of grades were A*-A, 57% were A*-B, and 89% were A*-C. Nearly 80% of students received at least five A*-C grades including English and maths, the standard expected across the world for many careers.

The school's top performing student was Ho Chau Kiet, who attained 7A* grades and 2 As at IGCSE.

BVIS HCMC's principal Simon Higham said: "Year on year, our Year 11 and Year 13 students are producing an excellent set of examination results at BVIS, both in IGCSE and A Level. This is due to the continuous hard work of our students, teachers and whole school community within our well-established, caring environment that does not have any limits to learning."

Students at the British International School, Ho Chi Minh City continue to outperform UK national averages with a high number of students scoring top grades. 91% of all IGCSE grades were A*-B and 98% of students’ grades were A*-C, compared to the 2018-19 figure for England of 70%. 98% of students achieved five or more passes at grades A*-C; 48% eight or more A* or A grades, and 73% of all IGCSE grades achieved A* or A compared.

Principal Anthony Rowlands said.“I am extremely proud of our students at BIS HCMC for achieving exceptional IGCSE results this year. Our examination results each year are quite phenomenal but these results are the best we have ever produced at IGCSE level."

British International School, Hanoi achieved an impressive pass rate of 92.4% and 46.5% of all IGCSE grades were A* or A.

Principal Susan Hill said: "I am especially proud of our students today as we look at the incredible successes achieved in our IGCSE results. Our students have again achieved standout scores. Alongside our students’ hard work and commitment, our teachers and staff have played a vital role in today’s results and deserve our heartfelt thanks and recognition.”

The International School of Vietnam

The school said: "These achievements are a great testament to, and recognition of, the students' hard work and efforts, as well as the instruction, inspiration and dedication of our teachers. We would like to send a big thank you to ISV teachers for their continuous support and encouragement that has motivated our students to achieve so much."