While A Level and GCSE exams have been cancelled worldwide, the International Baccalaureate Organisation’s dual route policy sees some some IB students prepare to sit their exams this week – while others can only wait for teachers’ predicted grades.
IB DP '21: Exams Start for South East Asia Students
By Carli Allan 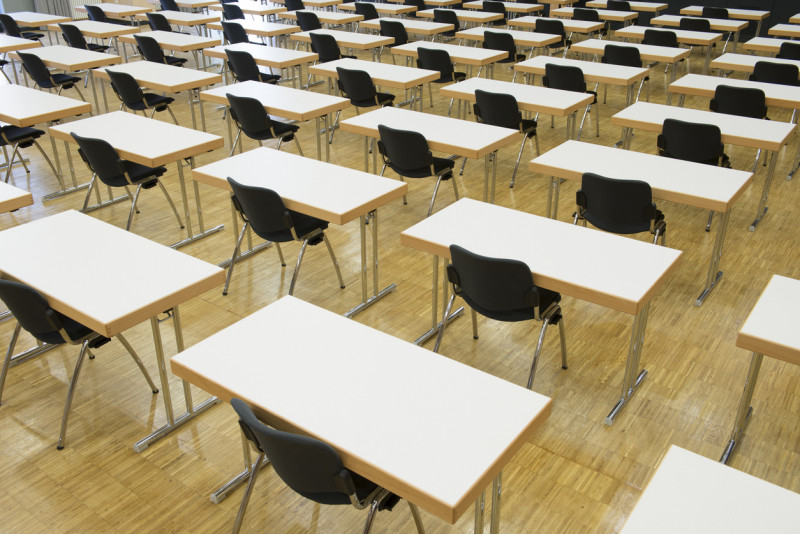 It’s yet another unprecedented year for IB students. Last year, all IB exams were cancelled worldwide for the first time in history as there were global school closures due to the Covid-19 pandemic. This year, with some countries facing second and third waves of Covid-19, the International Baccalaureate Organisation (IBO) has given schools a choice – run the IB exams or use a combination of internal assessment coursework and teacher-predicted grades.

Most other secondary and college exams have been cancelled for the second year running. The UK curriculum IGCSE, International AS and A Level programmes were cancelled by Pearson Edexcel and Oxford AQA in late January and early February; however, Cambridge International IGCSEs and A Levels will still go ahead in many countries worldwide. And in mid-April, the Indian Government ordered that Grade 10 CBSE exams be cancelled and that Grade 12 CBSE exams be postponed due to the Covid-19 pandemic.

Where will students sit the IB exams?

After announcing the dual route option for schools, the IBO reported in February that 71% of IB schools had the ability to hold traditional exams in May – which accounts for roughly 60% of IB students – although this situation has since changed in some countries.

IB exams in the UK were among the first to be cancelled as early as February “because for many schools in the UK it is very unlikely that examinations will be able to be administered due to ongoing disruption”. More recently, the IBO has cancelled exams as late as March in Italy “amid growing concerns over the spread of highly contagious virus variants”, and in India “due to the rising cases of Covid-19”. And, in the UAE, it decided to cancel all IB exams “due to the rising cases of COVID-19 and following ongoing conversations with our schools, associations and education boards – a decision made only two weeks before students were due to sit their final IB Diploma Programme papers.

Across South East Asia, many international schools are going ahead with the IB exams. The IBO told WhichSchoolAdvisor.com that students in Hong Kong, Vietnam, Thailand and Singapore are expected to take the written exams this May.

"On February 4, the IB announced a dual route to the May 2021 assessments. This was undertaken only after extensive consultation with our global IB community, including a survey of all IB schools. A dedicated team has spent time speaking to schools following the survey to gain further insight...the IB continues to communicate with school leaders, teachers and government regulators regarding the local context, restrictions and the impact of COVID-19 on their students.

"For more details on the May 2021 session, students, parents and teachers are encouraged to talk to their school’s IB coordinator”.

In Hong Kong, students at Sha Tin College and other schools run by the English Schools Foundation (ESF) – the largest English-medium organisation of international schools in Hong Kong– will sit their IBDP and IBCP exams from the end of this week.

As reported in the South China Morning Post, hundreds of Hong Kong students taking the IB exams this week want to be allowed to take the non-exam route; more than 870 students have signed an online petition calling for equal treatment. A Year 13 ESF student told the SCMP:

"I don’t think it is too late for the IB organisation to make the change. For students under the non-exam route, it’s guaranteed that they … will at least be able to get a good score, as predicted grades are usually generous.”

In Singapore, ISS International School is among those international schools to also go ahead with the exam route.

“As with all Singapore schools, the IBO sent notice that we would be moving forward with the examinations route, which we believe is the correct decision for our context. After the challenges from the May 2020 examinations and all the amendments made and support provided by the IB, we feel our students are in a good place to sit the final exams.”

Commenting on whether students in Singapore, where schools were closed in 2020 for considerably less time than countries such as Hong Kong and Vietnam, Mr Garden added:

“Socio-emotionally, I believe that being in Singapore our students have had a small advantage. However, I don't believe that it is a significant academic advantage, mainly because student experiences in schools have been limited to group and practical work due to the restrictions in place.

“I also believe that the amendments, external marking of IAs and the process for allocating predicted grades will hopefully lead to some equality in the awarding of fair and accurate grades.”

So, this year, as we saw in the November 2020 session, some IB students will be awarded their grades through exams, while others will be awarded through teacher assessments. While some students prepare to sit their first IB exams from Thursday (April 29), others have nothing left to do now but wait for their grades to be awarded using coursework marks and predicted grades. This dual route has stirred up mixed feelings amongst students around the world, aired in the classroom and across social media.

Simon Herbert is Head of School/CEO of GEMS International School- Al Khail, which is one of several GEMS schools offering the IB programmes to be affected by the decision to cancel IB exams in the UAE. Commenting on the decision, and clearly wishing to seek the positives in the situation, Mr Herbert said:

“Just as last year, when IB examinations were cancelled, many students will have mixed feelings. The chance to ‘show what you know’ in an examination situation after two years’ work, has gone. Some might be relieved, particularly as many IB students across the world are not taking exams.”

At schools following the exam route, students will sit their exams from April 29 to May 20.

In countries where IB exams are cancelled, schools must submit final predicted grades to the IBO by Tuesday, May 11.

When are the IB results published?

Results for all IB students will be published on Monday, July 5 (this is ahead of the A Level and GCSE results on A Level August 10 and 12 respectively). 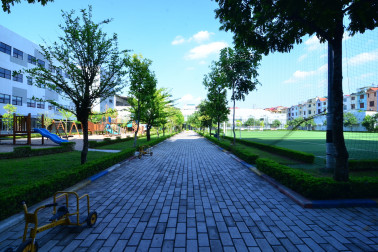 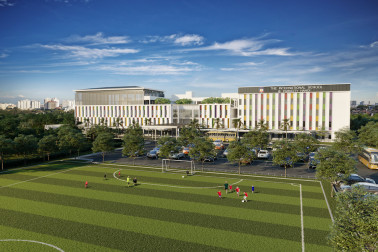