Parent Teacher Associations or Groups are about so much more than bake sales. From running uniform stores and parent cafes to funding new facilities and coordinating bus services, PTGs in international schools across South East Asia have become key building blocks within a school.
Reasons to Join Your Child's School PTA
By Carli Allan 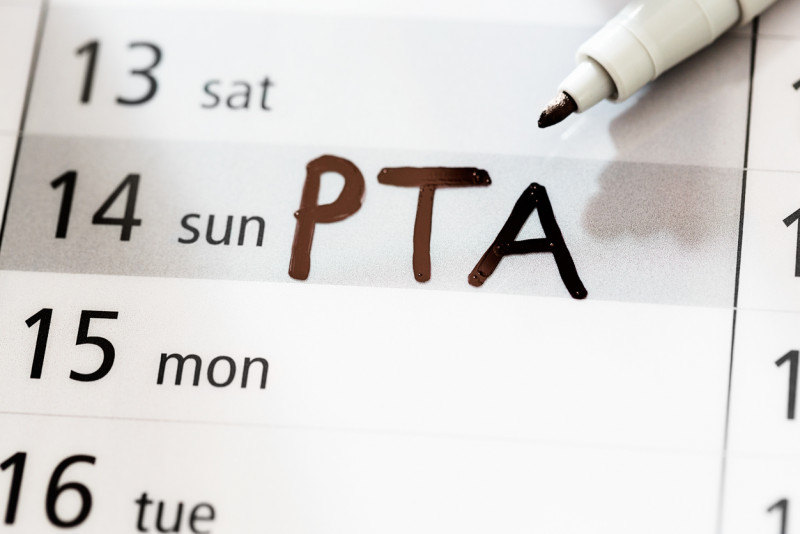 Members of Parent Teacher Groups (PTG) are anything but the do-gooders and busy-bodies associated with the stereotypical PTG mum – and far removed from the Bad Moms posse in the Hollywood movie. Today, these groups of dedicated parent volunteers are tackling key issues that strengthen the school and build the home-school partnership.

The majority of international schools in Hong Kong, Singapore, Thailand and Vietnam have an active PTG. Their contribution to the school includes fundraising, organising school-wide events such as International Day and the Christmas Fair, running uniform and stationery shops, co-ordinating school bus services, hosting speakers on topics including health, technology and parenting, and maintaining scholarship funds. Although the responsibilities of the PTG varies considerably between schools, it is key to building a close-knit school community – from giving new families a warm welcome at back-to-school events to thanking teachers at annual appreciation breakfast.

PTGs are autonomous bodies with a growing presence on campus. They typically have a bank account; monthly or termly bulletins or publications; a dedicated email address and Facebook page; and may even have their own office on campus. At some international schools, particularly in Hong Kong, parents pay a compulsory annual PTA fee.

The importance of these grassroots organisations is widely recognised by school inspectors. Ofsted, the UK schools’ inspectorate, evaluates schools on parent engagement under leadership and management; it has found that the most effective schools work in partnership with parents.

“In the best cases seen, joint working between the home and the school led to much better outcomes for pupils; in particular, this helped pupils with special educational needs and/or disabilities, those with low attendance or who were potentially vulnerable in other ways.” (Ofsted 2011)

And, if you’re not convinced already, here are some of the key benefits of joining a PTG:

• Improving your child’s education; a study by the National Institute of Education (NIE) in Singapore in 2010 found that parents’ active engagement in their children’s education helped to improve their performance

• Staying up to date with what’s happening at the school

Across South East Asia, there are many examples of how parents are getting actively involved in the running of their child’s school.

UWCSEA’s Dover campus has recently launched a Parent Squad formed of working mums and dads who have limited spare time to volunteer. The school says, “We want to motivate more parents to become involved in specific events or projects that are more appropriate to their own interests and time-constraints.” Members of UWCSEA can also volunteer to be Parent Buddies and ‘buddy-up’ with new parents to welcome them into the school.

Fundraising by PTGs can make a huge contribution to a school. At Tanglin Trust School, recent projects funded by the PTA include a music shed and mud kitchen within the infant play area, a MasterChef kitchen and future learning classroom in the junior school, and a D&T lab in the senior school. And, at Invictus School, parents are helping to keep fees low by raising the funds themselves for core equipment.

Vice principal Allison O’Reilly says: “The parents have raised funds for a whole room full of new sports equipment, hula hoops, basketball nets, a ping pong table and more, and they are now raising funds for a new play structure. They are happy to raise money for concrete things that will benefit their children’s lives.”

There’s a strong parental presence at schools in the Red Dot. At Singapore American School, parents are encouraged to volunteer at the uniform shop “for a two-hour shift every week or every other week as a way to meet other parents and get involved”. And at the Australian International School (AIS), parents are seen throughout the school day in one of two cafes on campus, which are the perfect pit-stop between helping out in class and pick-up.

It’s also interesting to see a growing interest in building the home-school partnership within local schools; every year the Ministry of Education focuses on “the importance of the partnership between teachers and parents” in its Work Plan Seminar for educators.

Larger campuses including KIS International School have an on-campus office for the PTG. KIS says that it “cannot do all that it does for students without the help of parents”, and the KIS Parents Association is busy year-round organising parent forums, community service projects, and school events at Halloween, Christmas and more.

The smaller primary school, St Andrews International School (Dusit), has a parent cafe that is run by mums and dads – and has become a hub for PTG meetings. In a 2015 inspection, the Education Development Trust (EDT) highlighted the active PTG at St Andrews, saying: “It has grown in influence and membership over the past year and organises a range of events, both social and fundraising, that brings the parent body together.”

There’s also a very present PTG across both campuses at St Andrews International School Bangkok. Head of school Paul Schofield says: “We actively encourage the parents to be ‘part’ of the school. At certain times of day, parents can use the fitness centre, swim in the pool, have coffee in the cafe, and join in as much as possible.”

The English Schools Foundation (ESF), which runs 22 international schools across Hong Kong, charges all parents a compulsory PTG fee; this ranges from HKD 350-600 per family. But where does this money go?

Well, at the ESF Peak School, for example, the PTG invested over HKD 500,000 in the school over the past academic year, including contributions to new playground equipment, school resources such as library books and Mathletics and a permaculture garden project. This was all funded by a combination of PTA fees, voluntary contributions, a small surplus from uniform sales, and monies raised at social events.

At another ESF school, Discovery College, the PTG offers support services such as running the uniform and stationery shop on campus, coordinating the school bus service (a paid position), and admin duties for the school’s music programmes. Funds have been raised “to enhance school life and learning” for equipment, events and activities including the annual Discovery Arts & Culture Festival, the school’s dragon boat teams, and a bouldering wall for the gym.

Elsewhere, Kellett School, which was founded by a group of parents, has an active PTG that co-ordinates social events, fundraising and day-to-day support of the school. The school says that “Even the busiest working parents eventually find themselves taking on a specific role”, and this ranges from helping in the libraries and taking cooking classes to being a Class Parent or helping out in the school shop.

At The ISF Academy, parents receive PTG membership benefits program, including discounts at local businesses. And the Canadian International School of Hong Kong Parents’ Association is such a large organisation that it has its own website; here’s a PTG that goes above and beyond by organising a three-week festival of reading, mentoring a student-led Business Club, and forming an Outreach Committee that funds multiple charities and initiatives.

There’s also been a growth of PTGs in Hong Kong’s government schools since the launch of the Home-school-Cooperation Committee in 1993; this committee awards annual grants to encourage schools to set up PTGs.

Quite often the work of PTGs extends far beyond the school day. At the International School Ho Chi Minh City (ISHCMC), the PTG runs a Saturday Sports programme; parents volunteers to coach sports including field hockey, netball, touch and football to “provide our students with the opportunity to play different sports and learn new skills”. There’s also a culture of giving at Saigon South International School (SSIS) where the PTG awards grants for parents to run clubs such as a basic conversational Vietnamese class, book club and cooking class.

At UNIS Hanoi, all parents are automatically enrolled into the School Community Organisation (SCO).

On the school’s website, one parent says: “What I like most about UNIS is how they value parent partnership with the school, the fact that the school works on collaboration with the parents and listens to and values parent contribution. It’s a novelty I haven’t experienced in other schools.”