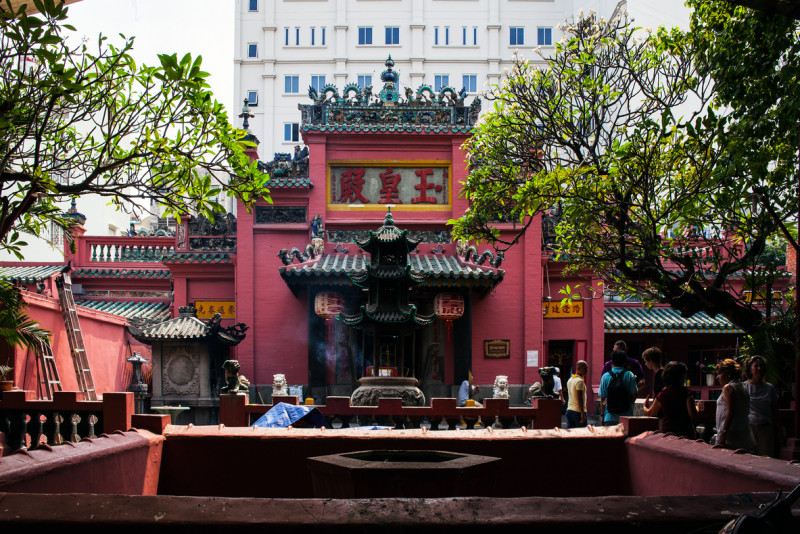 Located next to District 1 in Ho Chi Minh City, this residential district is regarded by many as ‘the’ place to live in the city. District 3 has all the convenience of being so close to the city centre and its offering of places to work and socialise, with all the allure of laidback Vietnamese culture, and all the style and substance of a hip neighbourhood.

This district, which borders District 1, Phú Nhuận District, District 10 and Tân Bình District, is a scenic area with tree-lined streets, old French colonial villas, and some beautiful parks. It oozes local charm with its pagodas (including HCMC’s largest, Xa Loi Pagoda) and buildings including Ky Dong Church and the Archbishop’s Palace.

Thanks to its small but decent offering of international schools, District 3 has become popular with expat families. Due to its location and up market status, rents here are on the more expensive side – but still cheaper than in District 1.

Healthcare
As well as a chain of government-owned hospitals and medical centres, there are several private clinics including International SOS Vietnam, and the nearby Family Medical Practice.

Attractions
Soak up the local culture in District 3 with visits to museums such as the Southern Vietnam Women's Museum and the War Remnants Museum, as well as pagodas such as the Jade Emperor.

Bars and restaurants
There’s certainly no shortage of excellent and rustic street food eateries, boutique cafes, and some of HCMC’s most fashionable bars. It’s as much a place to see as to be seen in.