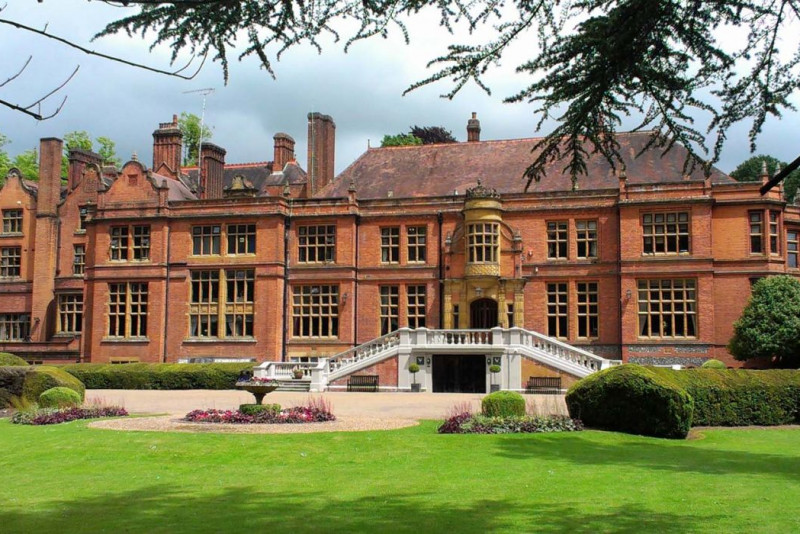 A Catholic all-girls' school in Surrey offering a very traditional country education combined with a popular STEM programme, a wide choice of A Levels, and a strong track record in drama and art.

Woldingham is a single-sex school with just under 600 girls aged 11 to 18 years, and there’s a 50:50 ratio of day girls to boarders. One of the oldest girls’ schools in the UK, it describes itself as a “pioneer of women’s education”. It has a large international student community, with around 25% of girls coming from overseas (predominantly Hong Kong, China, Nigeria Thailand, Spain and Mexico). The rest are local to the school, and many come from the Home Counties.

Founded in 1801 by the Society of the Sacred Heart, Woldingham was the first Sacred Heart school in England. It belongs to a network of schools in more than 30 countries around the world and remains a traditional Roman Catholic school with a great sense of family values and community.

While Woldingham remains true to its founding roots as a Catholic, all-girls' school it demonstrates a forward-looking vision that sees it challenging stereotypes with its strong focus on STEM subjects; it has also introduced its youngest students to boarding by offering flexi-boarding, and welcomed its first male headteacher in 2020 – Dr James Whitehead.

Previously Head of University Strategy at Rugby, Dr Whitehead has no prior experience of leading an all-girls school but has been head of faith schools including Downside, a Catholic day and boarding school in Somerset; he has frequently commented on how proud he is of Woldingham’s Catholic heritage. Educated at Stonyhurst College and Hertford College, Oxford, Dr Whitehead completed further degrees at Stirling and Manchester universities.

Woldingham is rated highly in recent inspections. It achieved Outstanding in its 2020 Catholic School Inspection Report, which said that “the five values of the Religious Order are lived out and drive all aspects of school life” which are Faith, Community, Intellect, Social Awareness and Personal Growth. Also, “The governors are fully committed to ensuring that the school’s Catholic character and Sacred Heart foundation is protected and promoted”.

While just one third of the girls are Roman Catholic, collective worship is central to the life of the school. Students and staff are involved in a range of worship opportunities that follow the pattern of the liturgical year, and students of all faiths attend Mass on Sundays – even if only to enjoy a moment of quiet reflection.

Inspectors found that “Student involvement in collective worship, including leading and planning, is increasing. Students are keen to be active in this area, especially those in the Chaplaincy team and the Sacred Heart representatives.” Students are clearly enthusiastic about the school’s Catholic character and recognise the school’s Scared Heart heritage and what this means to them in their in daily living.

Woldingham was also rated Excellent in its 2018 ISI inspection. Inspectors found that students “make good, and often rapid progress over time, as a result of high teacher expectations in most lessons”, and that boarders found “the welcoming and supportive family atmosphere enabled them to make a confident start to school life”.

Woldingham offers GCSEs and A Levels, and it has an excellent track record in results for both. All students study the core subjects with at least one modern foreign language up to GCSE. Woldingham offers a very wide choice of A Levels – 27 subjects this year – as well as the Extended Project Qualification; its vision is to “empower women to change the world”.

STEM subjects at Woldingham are consistently popular, with girls going on to study associated degrees ranging across the Sciences, Mathematics, Engineering, and Medicine. In 2020, one quarter of applications were for STEM subjects across a variety of disciplines.

Are you a parent, teacher or student at Woldingham School?
Take a survey arrow_forward

Looking ahead, maths, chemistry and psychology are the most popular A Level choices for students going into the Lower Sixth followed by economics, biology and religious studies.

Academic scholars are stretched and challenged through the Kritikos programme in Years 7-11, which involves them in small group debates and discussions; staff or student led mini lectures; and a ‘Curiosity Project’ of independent research often inspired by a trip to a museum. In September 2021, the school launches its bespoke Sophia Programme, where Sixth Form students look at culture, science, society, ecology and anthropology to help them develop critical thinking.

Girls are also encouraged to broaden their horizons through programmes such as the Thinking Big Lecture Series, and to study sciences and maths through the Café Scientifique programme of guest speakers from a broad spectrum of STEM subjects. Also, Sixth Formers are encouraged to take part in external awards and have won many, such as the Arkwright Engineering Scholarship, Juvenal Tranalatores (an EU translating competition) and the UK Mathematical Trust Challenge.

Class sizes are medium, up to 22 per class, but lower sets have smaller numbers so that students can receive more support.

The girls play hockey, netball, tennis and athletics. Swimming and cross country are also on the curriculum. Facilities include, netball courts, indoor tennis dome, 25m swimming pool, sports hall, and hockey pitch. The school strongly supports its elite athletes, currently including cross-country, skiing, lacrosse, modern pentathlon, carriage driving – enabling them to take part in term time without falling behind in their academic work. There are many clubs including soccer, golf, archery, squash martial arts and more.

Woldingham’s Millennium Centre for music and drama is of an extremely high standard. The 600-seater theatre is stunning, with a flexible stage and space for a full orchestra, it has a fully computerised sound and lighting system, recital and rehearsal rooms, a studio theatre, dressing rooms and more. As one student says, “It’s like performing in a real theatre.”

Drama here is outstanding. It is part of the curriculum in Years 7-9 and all girls are encouraged to get involved in theatre productions. Woldingham considers this to be “an important part of academic and personal development”. Several students in recent years have been selected for the National Youth Theatre and the National Youth Music Theatre.

Music at Woldingham is also taken very seriously and there are a wide range of choirs, bands and ensembles for girls of all abilities, not just for the scholars. The department has an excellent recital room, iMac computer suite, a 24- track digital recording studio, keyboard studio, other studios and practice rooms. Music is part of the curriculum in Years 7-9.

The list of clubs is phenomenal and includes Circus Skills, Stage Combat, Hip Hop Dance, Rock Climbing, Star Wars Club, as the well as the usual academic and music clubs. These take place at lunchtime and after school.

Woldingham makes the wellbeing of girls its top priority, and this is seen across its very family-orientated community. The THRIVE programme focuses on issues such as social media, self-esteem and body image, and guides the girls on how to deal with pressure, responsibility and making the right choices. Well-being is further supported by a counsellor, the priest in residence and an independent listener, and there are dedicated wellness rooms used for quiet time.

Students are also encouraged to give their time to the local community. The Sixth Form are involved in supporting and assisting local primary schools, nursing homes and charity shops, as well as giving their time to the Cardinal Hume Centre for people who are marginalised, perhaps homeless. The girls also work with young adults with disabilities at the local Orpheus Centre.

Woldingham has not published results for 2021, only saying that 98% of Sixth Form leavers achieved a place at their first-choice university. Students accepted places at top UK and international universities including the University of Cambridge, RADA and Central Saint Martins in the UK and MIT and Cornell in the US.

Woldingham has four mixed-age houses all named after patrons with a close association to the Society of the Sacred Heart. It offers full, weekly and flexi-boarding. Once a student reaches Year 10, she has her own individual study bedroom, and the girls have two separate Sixth Form boarding houses.

All boarders eat lunch and supper in the whole school dining room. Most boarders stay on campus at weekends, enjoying the extensive programme of weekend activities, but students can choose to go home at weekends.

With a campus in the Surrey countryside, Woldingham has an enviable location. The grounds extend to 700 acres, including a secluded wooded valley on the edge of the North Downs near Oxted. The school can feel slightly isolated as you take the long drive past cattle, deer and horses, but it remains easily accessible from central London.

The school has all the heritage and charm of its 19th century buildings combined with modern facilities including, science labs, hubs for humanities and languages, art, music and drama studios, and a 600-seat auditorium.

For Sixth Form entry, applicants should have eight GCSEs with an average of grade 5.5. Grade 7 is required for most A Level subject choices. For 11+ entry the student must take the ISEB online test (in English, Mathematics, Verbal and non-Verbal reasoning) and a report from her current school will be requested.