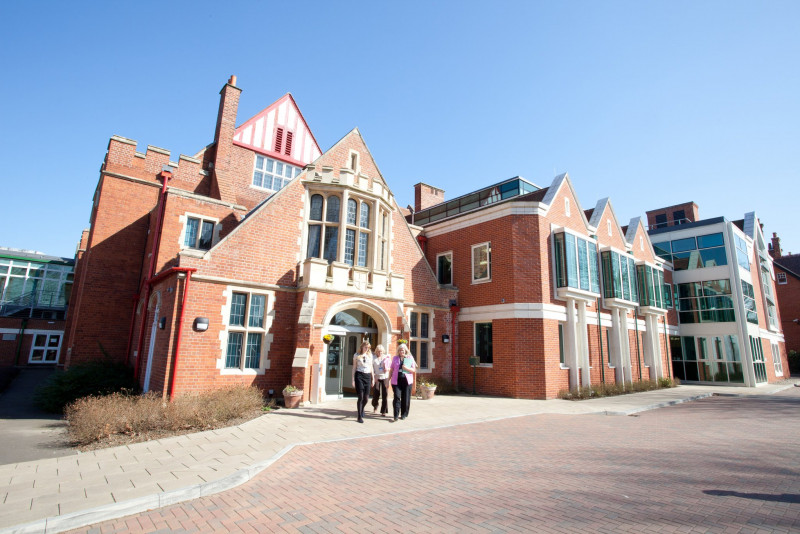 The Abbey is an all-through day school for girls in Reading, which has a high-achieving senior school that prioritises breadth, curiosity and inquiry in both its A Level and IB pathways.

This independent day school in central Reading offers girls an all-through education from nursery to Sixth Form. Spread over several sites – there’s a Nursery, Junior School and a Senior School all within a few minutes’ drive of each other – the school enrols around 1,000 students.

With a history of educating girls for more than 130 years, The Abbey has a high achieving senior school where girls can choose at Sixth Form between the International Baccalaureate Diploma Programme or A Levels. It is one of the top performing IB schools in the UK (and there are more than 90 to choose from) and in the top 100 for its A Level and GCSE results.

The Abbey is an urban school that has little outdoor space but is well-equipped to deliver its broad academic curriculum and wide range of creative subjects, sports and extra-curricular activities. It has a very international outlook, something that we expect to continue under its new leadership and is a strong believer in the strengths of single-sex education; it would not rule out the possibility of making a part of the school co-ed in the future although “being a girls' school is who we are”.

There has been a recent change of leadership at the school. In September 2020, Will le Fleming joined The Abbey as Executive Head and Nisha Kaura became Head of the Junior School, having taught at the school since 2006. Mr le Fleming, a former journalist who was educated at Eton and Clare College, Cambridge, is the school’s first-ever male head. He has previous leadership experience at St Paul's Girls School and the co-ed Fulham College, but he believes that “the best girls’ schools are genuinely, unequivocally and uniquely wonderful places to learn and to work.”

He describes The Abbey as “a place of curiosity, adventurous spirits, and the excitement of discovery” and is very keen to get across the message that The Abbey is “more than a school”.

2021 marks an exciting year for the school. It plans to add the IB Primary Years Programme it its curriculum, and it has opened new facilities in the junior school to support its inquiry-based curriculum. The Abbey is also taking steps to create a closer-knit school community with the launch of the Abbey Parents Society (TAPS).

The school was rated Excellent in its 2014 Educational Quality Inspection, its last full inspection by the Independent Schools Inspectorate (ISI).

Teaching at The Abbey promises to focus on curiosity and inquiry-based learning, from an innovative human intelligence initiative in its Nursery and Junior schools through to its rigorous Sixth Form pathways.

Are you a parent, teacher or student at The Abbey (Senior School)?
Take a survey arrow_forward

The Abbey is a candidate school for the IB's Primary Years Programme and, for several years, it has been developing its own inquiry-based programme of learning from Nursery to Year 6. This programme is described as "academically challenging, robust, hitting curriculum milestones and going far beyond them"; most recently, the school has launched a new Human Intelligence initiative that puts an even greater focus on students taking "charge of their learning" and "making discoveries of their own".

Most recently, the school has opened a new SPACE project with state-of-the-art learning spaces that have been designed to support the school's programme of inquiry, collaboration, creativity, investigation, discovery and play. These include a Fab Lab for science, art, music, drama, cooking, coding and robotics, and The Space, a great venue for drama and music rehearsals, clubs and and classes.

From Year 1, students are introduced to specialist teaching in music, PE, and swimming, as well as Spanish, German and French; everyone studies French and Latin in Year 7 and then students choose to add German or Spanish Year 8. To support language learning, the school organises regular educational trips to Spain, France, Germany and Italy.

Students continue to study a broad curriculum taught by specialists until Year 10, when they choose their GCSE options. They are offered plenty of support in deciding what to study in Sixth Form through the school’s The Way Ahead programme, which includes workshops, psychometric testing and an introduction to new subjects such as psychology.

The Abbey has offered the IB as one of its academic routes since 2008, and it was a pilot school for the IB in Global Politics back in 2012; the school’s experience in the IB is certainly one of its strengths. The IBDP is currently taken by around a quarter of the school’s Sixth Formers. Whether students opt for the International Baccalaureate route or A Levels, they are all encouraged to mix through a vertical tutoring system, in the shared Common Room and extra-curricular activities.

Drama, art, music and food & textiles are all offered as curriculum subjects through to Sixth Form, and each department also offers several extra-curricular clubs. The school supports the creative arts with dedicated facilities on each campus including three art studios, two professional drama studios, a kiln room, and a graphic design ICT suite.

There’s a very inclusive drama department that gets students acting, as well as working as sound designers, lighting operatives, directors, and costume and make-up assistants on a number of productions. Young musicians can get involved in the extra-curricular programme of ensembles, concerts, productions, visits, and overseas concert tours, and artists can explore working with traditional and new media such as painting, drawing, printing, ceramics, mixed media, digital media, and photography.

The list of extra-curricular activities here is huge – so girls can never complain of being bored! From Year 1, students get to enjoy lunchtime clubs, ranging from Choir to Nature Detectives, and an extended lunch break gives them plenty of time take part. There are also plenty of trips, from day trips for The Abbey’s youngest students through to a Year 6 residential trip to Bude where students learn to surf and abseil down an 80ft cliff.

One of The Abbey’s strengths is its leadership programme. From Year 5, students are all trained early to be Playground Buddies and there are plenty of opportunities to lead throughout the year groups. In the Sixth Form, there’s a large team of student officers including the traditional Head Girls, House Captains and prefects, as well as newer roles such as Buddies (a pastoral support system for the younger students), Charity, Marketing, Eco, DofE and Debating Prefects. And, if there’s a role that doesn’t exist yet, Sixth Formers can suggest one! To help prepare students for the world of work, they have to apply for any leadership position by formal letter and an interview – it is excellent experience for the future.

In 2021, students achieved another year of strong results with the average across the cohort of 40 points, which is well in above the global average; it matches last year's average of 40 too. Three students achieved a top score of 45.

Students can join the Junior School at any age although common entry points are Nursery, Reception, Lower I (Year 3) and Upper II (Year 5). Common entry points to the Senior School are Upper III (Year 7), Upper IV (Year 9) and Sixth Form (Year 12), and all applicants sit papers in English (1 hour – composition and comprehension), Mathematics (1 hour) and Reasoning (45 minutes – verbal and non-verbal).

The school awards academic and specialist scholarships, as well as means-tested bursaries. 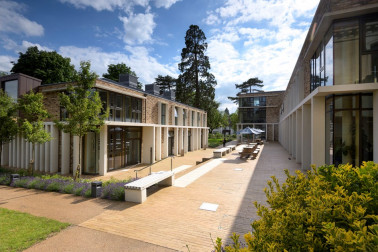