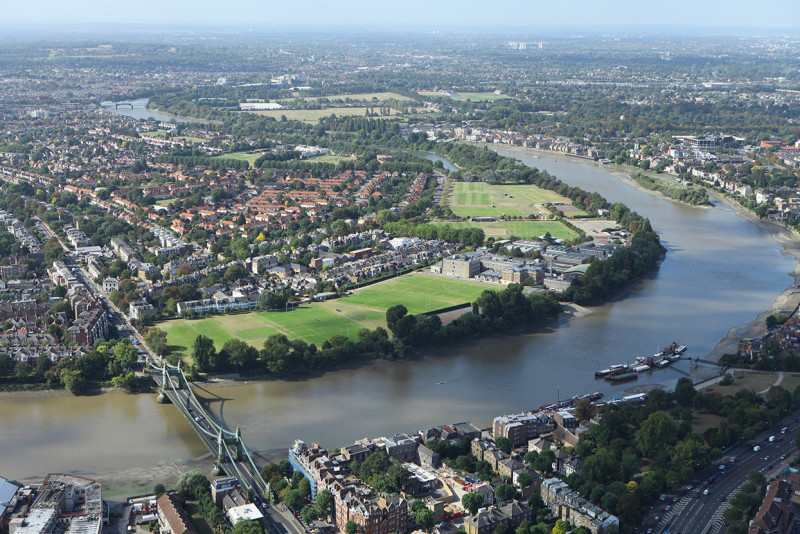 St Paul’s is one of the world’s most elite and prestigious all-boy public schools and enjoyed, until 2014, an unblemished and gilded reputation...

St Paul’s is one of the world’s most elite and prestigious all-boy public schools and enjoyed, until 2014, an unblemished and gilded reputation. It is predominantly a day school, although boarding facilities are available as an option for a limited number of pupils. The school is expensive (top five of the most expensive day schools in the United Kingdom) and bursary assistance is limited to around 5% of pupils.

The school delivers at the highest level in academic performance whilst refusing to be part of the league table “jamboree” which it would come close to topping because it “fails to tell the whole-child story.” This said, St Paul’s School seeks only the brightest, academic children to apply and, already over-subscribed, parents with all but the brightest children will find themselves unlikely to secure a place.

St Paul’s School is one of the UK’s top feeder streams to Oxbridge. The list of Old Pauline alumni reads like a who’s who of every part of human life including the Chancellor of the Exchequer, George Osbourne; John Milton, Samuel Pepys, Field Marshal Montgomery, Isaiah Berlin, Oliver Sacks and UK Attorney General, Dominic Grieve.

In 2014 and 2015, St Paul’s School become mired in serious, ongoing allegations of recent and historic abuse, some proven, the impact of which has left the reputation of St Paul’s very much in the balance. More on this below.

St Paul’s School defies its grand heritage as one of England’s oldest schools with modern, largely functional late 60’s architecture. This is not your traditional grand English public school in appearance. Facilities and its 45 acre location (prime London real estate next to the Thames near Hammersmith) compensate and the school is in the midst of comprehensive building programs that will see the whole school largely re-built within 25 years.

Entrance to St Paul’s at 13 requires registration four years previously in September. Around 180 pupils join the school at 13. Half of those that enter come from St Paul’s own prep school, Collet Court. The other half are drawn in the majority from local prep schools. Entrance is via successful ISEB online testing and further English and mathematics testing at interview three years before joining the school. Places are still subject to the boy achieving the required standard in the Scholarship or Common Entrance examinations in the year of entry, which include mandatory testing in Latin. Successful candidates are likely to have an average CAT score in excess of 125 and reside in the top academic 5% of the (UK) National Cohort. Around 20 pupils enter the sixth form at 16 via competitive entrance exam, interview and meeting defined GCSE grades. “St Paul’s is an academic school and selects its intake accordingly.”

Are you a parent, teacher or student at St Paul's?
Take a survey arrow_forward

The school battles Westminster to top the league tables and there is little to choose between them. Up to a third of graduates attend Oxbridge and a significant number of students graduate to first flight US and European universities. A significant percentage graduate to study engineering, medicine, natural science or economics. The school claims, however, that it is not an academic hothouse and that because it recruits selectively its pupils have the capacity to have a well-rounded balanced education. Key sports are rowing, fencing, football, sailing, rugby, water polo, golf and cricket. The school has extremely good facilities including a 25m pool.

As predominantly a day school, with only 35 boarding spaces, the school is less international than its majority-boarding based public school peers. The majority of students are drawn from London and the nearest edges of the Home Counties. In 2013 the school provided specialist learning support for 23 of the 85 pupils it identified as having special educational needs and/or disabilities. 98 pupils came from homes where another language is spoken in addition to English of whom 4 receive support for English as an additional language.

Whilst St Paul’s claims to operate a genuine policy of “taking pride in giving the best possible education to talented boys, irrespective of their family’s financial circumstances” currently only 5% of pupils receive any form of means-tested bursary, low by public school standards. The school has advertised plans to increase the proportion of open access pupils over the next decade but currently this school cannot be recommended for families of gifted children requiring financial support.

St Paul’s is a Christian school in ethos but this is not a precondition of entry.

How genuine is your claim that “St Paul’s takes pride in giving the best possible education to talented boys, irrespective of their family’s financial circumstances.”
Current levels of bursary support are around the average for the independent sector, and the funds available are increasing year-on-year. The school is preparing to launch a major campaign over the next decade to increase the number and the proportion of ‘open access’ pupils.

Have investigations into historic abuse been formally closed by Scotland Yard or are they are on-going?
The school has cooperated fully with the police investigation, begun in April 2014, but we know little about its progress beyond the information which the police release to the general public. Since April 2014 ‘Operation Winthorpe’ has resulted in the arrests of a total of six former members of staff for alleged offences in the period from the 1970s to the early 1990s.

As a result, charges—mainly relating to indecency and indecent assault—have been brought against four of these individuals, and their trials are due to be held over the next 18 months. Of the two remaining, one has been informed that he will not face any charges and the other remains under investigation. No new arrests have been made for a number of months.

The review was very thorough and the report was published to all parents and staff in March 2015, and concluded that the school already exceeds statutory minima in most areas and is well on the way to becoming a beacon of good practice.

In selection, what is your approach to the non-academic child and children with SEN. Would you discourage applications from these groups of children and how much do you weigh other aspects of the child, for example, personality, life experience, and potential in the decision whether to award a place.
The school receives a healthy number of applications each year. Candidates are selected for admission through a competitive academic process. Successful candidates are likely to have an average CAT score in excess of 125 and reside in the top academic 5% of the National Cohort.

They are also likely to have an academic interest and some significant other non-academic skill. All children, with SEN or not, are selected by the same process.

What is the balance between academic and non-academic education at St Paul’s?
St Paul’s provides an exciting education suited to the academically able cohort it admits. The pace of learning is brisk and the standard of academic study and achievement is high.

There is also significant school time set aside for extra-curricular activities and pastoral care. Boys have daily meeting with their tutors.

Ample time is provided for boys to partake in activities which interest them and allow them to enjoy and achieve the highest levels of performance. For example, oarsman are able to train to compete at International Level, and talented musicians have the practise time to enable them to compete successfully for the BBC Young Musician of the Year.

Our view
Oversubscribed, to even stand a chance of entering St Paul’s School it helps to plan from birth – and it really helps to start with securing a place at Collets. But the school only lets through the brightest so planning is no guarantee. Add in offering only 35 boarding places, St Paul’s starts to look like a long shot at best.

But, if you can secure a place, the school has absolutely everything for the gifted child based in London with parents who can afford the fees. St Paul’s School is genuinely premier league, topping the feeder stream to Oxbridge (and increasingly the Ivy League) and offering, outside academic life, facilities, musical and sporting options of quality and breadth.

The recent (2014) cloud thrown over the school, however, by serious historic and recent failures to safeguard its children will be an issue for many parents. Whilst St Paul’s has now achieved ISI safeguarding standards across the board, the damage to the school’s reputation, will be something prospective parents will need to weigh in the balance.

Best for
The academic child
Sciences, engineering and economics
Gifted children based in London