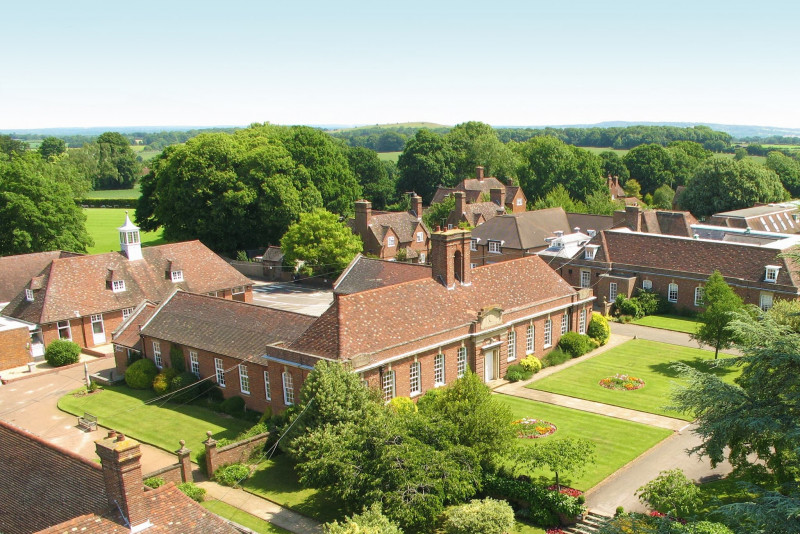 Lord Wandsworth College is a co-ed senior school in rural Hampshire where education extends far beyond the classroom – six days a week – to a community of confident, level-headed students.

Surrounded by countryside, Lord Wandsworth College is a co-educational, independent school with a flexible boarding policy, a 'stretch and challenge' model of education, and an innovative Saturday programme.

LWC accepts boarding and day students from ages 11 to 18, and is a medium-sized school for around 600 girls and boys. The majority come from the surrounding counties of Hampshire, Surrey and Berkshire; a small number of students come from overseas.

LWC has seen major transformations since it was founded in 1912 as a school for the children of agricultural workers who had lost one or both parents and needed the support of a boarding environment. Lord Wandsworth's trustees bought the site upon which the College now stands and the first “Foundationers” arrived in 1922, followed by fee-paying students in 1946. Stern Farm, an arable on-site farm, remains a reminder of the early students and of the agricultural heritage of the College.

The Lord Wandsworth Foundation continues to support children who have lost the support of one or both parents through death, divorce or separation by offering a number of foundation places.

From 2021, LWC and St Neot’s school are entering into a formal collaboration. St Neot’s is an independent school which consists of a nursery, a pre-prep and a prep school, so it takes children aged two to thirteen. This collaboration will strengthen the educational ethos between the two schools and provide an all-through school for the students.

Adam Williams has been Headmaster since 2016 and was previously senior deputy head at The Glasgow Academy. He was educated at Bradfield College and graduated from Durham University with a degree in Geography. He was head of geography and a housemaster for nine years at Oakham School.

LWC offers a traditional British education that works towards GCSE and A Level qualifications. The class sizes are average, around 18 students, with some much smaller.

All the usual core subjects are offered with the delightful extra of Astronomy offered for GCSE, taken on Saturday mornings, off-timetable. This department boasts two telescopes. French, German and Spanish are offered for Modern Foreign Languages.

Are you a parent, teacher or student at Lord Wandsworth College?
Take a survey arrow_forward

LWC has an interesting Academic Enrichment +2 programme. It is all about a new “mindset”where the students are asked to “stretch and challenge themselves” to an academic level two years ahead of where they are, usually beyond the classroom.

For example, in Biology, it will involve conservation projects such as the British Biology Olympiad, for business studies and chemistry it involves competitions, such as RSC Chem world. Economics students partake in the annual Bank of England Target 2.0, analysing the UK economy. Geography students attend lectures at the Royal Geographical Society in London and music students partake in event management workshops at the Albert Hall.

Many students undertake the Extended Project Qualification which is a single piece of original work, either in the form of a five thousand word essay or a project. It constitutes an extra half A Level.

While LWC is proud of its rugby heritage, it is a school that offers sport for all. LWC offers 11 mainstream sports from tennis, athletics, cricket, rugby, netball and football to cricket, canoeing and horse riding. On top of these, there's a strong selection of alternative team and individual sports that offers something to everyone – whether wanting to compete, train or simply get fit. These include rounders, cross country, golf, squash, basketball, cycling, badminton, table tennis, trampolining, yoga, fitness, Zumba and a climbing wall. It has its own conditioning trainer who is a GB decathlete.

Students are encouraged to get involved in all aspects of theatre production including acting, directing, set design, costume, make-up, lighting sound and front of house.

The Art School is newly refurbished and has two main studios, a Sixth Form studio, a ceramic studio, a printmaking area, a media resource area and a specialised Art Library. All art students enter the national Articulate competition and the finals are held at Clare College, Cambridge.

A large proportion of Sixth Form students go on to study further Art education at top universities, which include Central St Martins, Cambridge and Manchester.

The music department is a busy one with plenty of formal and informal concerts, recitals, musicals, ensembles, participation in local festivals and competitions, bands and orchestras, and composition, improvisation and Tech Clubs as well as recording opportunities.

Combined Cadet Force is strong at LWC and there is a fantastic opportunity to “get flying hours” in powered aircraft, through the Air Cadets Flying Experience, as well as learning skills such as First Aid, Climbing, Kayaking, Sailing and the Mountain Leader Award. There are more than 30 co-curricular clubs including horse riding, coding, wildlife preservation and various choirs and bands.

Saturdays are “all about choices” and it is a non-uniform short day, just 9.30am until 11.30am. Boarders are expected to participate, but it is optional for other students. The programme is innovative and it is designed to help the student to become a “more inquisitive learner” by trying the things that they would not normally have the opportunity to experience. These choices are huge and in groups.

Curiosity, trying something new and hopefully sparking a new interest; Creativity, which LWC believes can sometimes be stifled by the rigorous academic educational process; Consolidation, if a student need attention in certain subjects and Active, a chance to try a new sport or work on fitness.

From Rugby 7s, Tennis, Archery and plenty of other sports, to Chess Club, Greek or Mandarin Club, Game Development Club, Dissection Club, Textiles, MAD Band, 3D Design and Animation, Gremlin Dance or an Introduction to Law, to plenty of consolidation clubs, such as Chemistry, Mathematics, Vets and Medics and Music Technology. A rather useful one is Bike Surgery. The Sixth Formers have the additional opportunity of leading an activity themselves.

On top of this there is an Amnesty International group, a BBQ club, a Build a Business Club and an excellent one called I Believe In Me, which develops techniques to improve the pupil’s self-belief, confidence and communication skills. The Chinese Writing and Chinese Painting, as part of the Creativity set of clubs is unusual and an interesting opportunity for the students to stretch themselves, if they have not studied this before, in a unique way.

LWC is not top of the leagues tables for results, but they are well above the national average – and improving, year on year.

LWC offers day or boarding schooling, with flexi, weekly or full boarding options all being available – which can be a huge benefit to working parents with unpredictable work or family commitments. All students are members of a boarding house to help bring together the day and boarding communities.

LWC is set in 1,200 acres on the borders of Surrey and Hampshire, one hour from London, and surrounded by farmland.

The school's ambitious Beanstalk marks exciting times for students with the arrival of new facilities in sport, STEM and boarding.Julyans, the stunning new contemporary dining hall, opened in 2019. Future development plans are a multi-million pound science centre with 13 laboratories, further sports facilities, a new tech-led Innovation Centre, and refurbishments to boarding houses and classrooms. LWC promises that although the school will grow in terms of facilities, it will not increase its students body above 650.

At Sixth Form, the requirement is a minimum of six grade 5s at GCSE with a minimum grade 7 in the chosen A level subjects.

The IB
Those who want a “hothouse” academic education 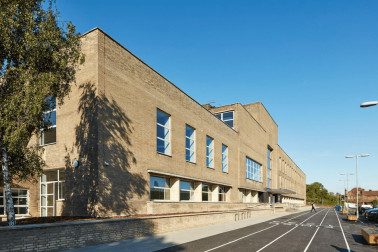 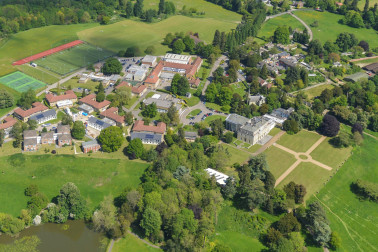