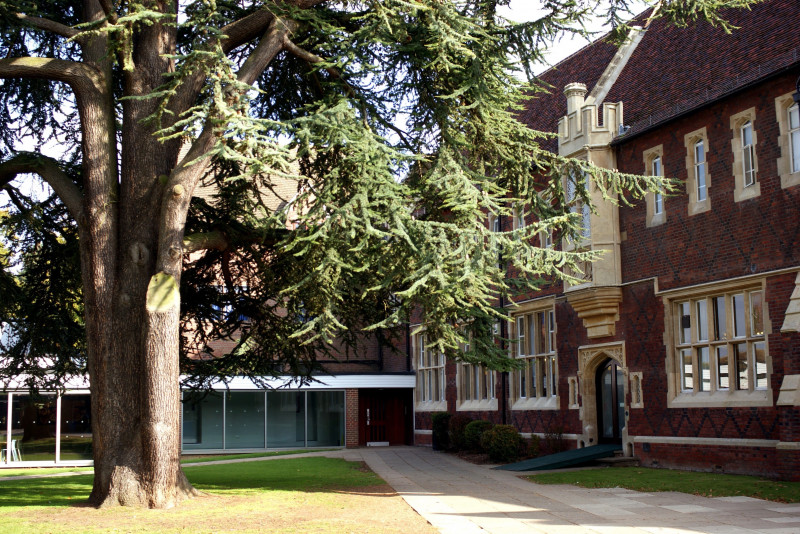 As well as being one of the largest state schools to offer the International Baccalaureate Middle Years and Diploma programmes, Hockerill Anglo-European College is a specialist school for languages and music – and a top-ranking boarding school for local and overseas students too.

Hockerill Anglo-European College in Hertfordshire is quite unique. This Hertfordshire co-ed state school offers a boarding education for less than £20,000 a year, enrols around 300 overseas students, and is one of only a few UK schools to teach the IB's Middle Years Programme and Diploma Programme.

Originally founded as a teacher training college for women by the Church of England in 1852, Hockerill is today a government-funded school with Academy status and very international outlook. It has an international community of 900 students aged 11 to 18 years (Years 7-13), a third of whom are boarders from Europe and beyond. (All students must have a current UK passport or the right to residency in the UK.)

With such a large number of boarders, Hockerill is organised and run as a boarding school. Day students can enjoy the benefits of boarding life while still sleeping in their own bed every night and without paying boarding fees. They get access to the specialist teaching, sport and arts facilities found at an independent school, a broad extra-curricular programme, and the opportunity to stay at school for an extended day to complete prep/homework. Day students must also attend Saturday school until 12.30pm.

Headmaster David Woods holds a BSc in Geography from Liverpool and an MSc in Rural Resources and Environmental Policy from ​the University of London. He brings plenty of international experience to the role at Hockerill; for 10 years he was Campus and Secondary Principal at the International School of Geneva, which is the home of the IB. Prior to this he was Head of Senior School at Tanglin Trust School in Singapore.

Hockerill offers a rigorous and broad curriculum that follows the Middle Years Programme (Years 7-9), GCSEs (Years 10-11), and the IBDP (Years 12-13).

As part of its strong international ethos, there is a bilingual curriculum. Years 7-9 study two languages from a choice of French, German, Italian, Japanese, Mandarin and Spanish; in Year 7, all students are taught music in French or German; and most students are taught history and geography in French and German in Years 9 and 10.

Language learning is intrinsic to the ethos of Hockerill and it believes this should be at the centre of every community. The Language College provides extra tuition in French, German, Italian, Japanese and Spanish for local children. The Sixth Formers help with these classes. The College also offers adult evening classes for languages.

The MYP is a programme for 11-16-year-olds (Years 7-11) that follows the IB Primary Years Programme (PYP), although this is not a prerequisite. In the MYP, students study eight subject groups, with a minimum of 50 teaching hours per subject group each year. These include language and literature, sciences, mathematics, design (may include resistant materials, graphics, textiles, food, computer studies), arts, individuals and societies (philosophy, geography, history), physical education and health, and language acquisition.

The MYP has a stronger focus on skills rather than content-based learning, and students are required to study subjects such as maths and literature within global contexts. All students are internally assessed on an MYP Community Project at the end of Year 9, which can be as varied as filming a documentary, building an electric guitar or building a model of a wind turbine machine.

Hockerill has decided to only teach the first three years of the five year MYP, and switches to GCSEs in Years 10-11. While GCSEs are not a part of the IB continuum, they still provide strong preparation for the IBDP. Rather then staying with the MYP, which is far less exam focused, students sit formal GCSE exams in Year 11. It means that students become familiar with time management, pressure and formalities of taking written, external assessments at the end of the IBDP – which can help to ease those nerves when exam season comes.

There's a large selection of languages on offer at GCSE, including German, Italian, Spanish and French Literature, and many students will study two languages at GCSE here. Students have plenty of opportunity to study creative subjects too, with options including business management, economics, anthropology, psychology, environmental systems and societies, theatre, visual arts and computer science.

Are you a parent, teacher or student at Hockerill Anglo-European College?
Take a survey arrow_forward

Hockerill's 19th century chapel is used for chamber concerts and boasts a Yamaha grand piano and an organ. It also has a large auditorium with a performance stage.

There is a plethora of bands and ensembles including clarinet, big band, college orchestra, brass, female and male vocal groups, chapel choir, percussion and more. There are many performances, concerts, workshops and recitals throughout each term, both small and large, and a musical theatre production every year.

The other arts are not overlooked. Drama and fine art are offered as part of the curriculum throughout the school, and facilities include art and technology studios with 3D printers.

Reinforcing the school's belief that "education consists of much more than books, teachers, computers and classrooms", it offers more than 100 clubs including GCSE astronomy, Spanish film, French board games, anime and several sports clubs.

There's a strong house system here, which helps to build a close-knit, global community, as well as a friendly environment for the many boarders who may be living far from home. Each student is placed into one of four houses called 'Equipes’ (Bader Ginsburg, Mandela, Seacole and Turing). The Equipe with the most points at the end of the year wins a large cup; while this used to be based on sports only, it now includes points for commendations, performing arts, songwriting, photography and design.

Hockerill’s Leadership College was launched in 2014 to offer a platform to some of the “best thought leaders in education”. Hockerill places international mindedness front and centre of everything it does, so colleagues from around the world are invited to participate and speak to staff and students about the latest big ideas.

It stands firm in its belief that education is the solution to many problems faced by millions each day and it covers the themes of leadership, internationalism and current thinking in education and the talks contribute to the development of global citizenship. Talks are planned by Venki Ramakrishnan, President of the Royal Society and Hoshi Mohamed, a child refugee and author of the book “People Like Us”.

Model United Nations is strong at Hockerill. The club teaches students about diplomacy, the UN and international relations, and gives them extra skills in leadership, critical thinking, public speaking and listening. When it comes to university applications, skills such as these can make one application stand out from the crowd.

Spiritual life is important to Hockerill and all religious denominations are welcome The school encourages respect for personal faith and traditions. Boarders can attend any services at local places of worship.

Several state boarding schools are high achieving and regularly outperform other state schools, with many topping academic league tables in the UK.  Hockerill has a track record of strong results, particularly for a non-selective school.

For the past two years the average IB score has been over 35.5; in 2021, the average score was 37.8, well above the global average of 33 points. Ten students took up places to Oxbridge this year, which is outstanding, particularly for a state school.

The school is located just 10 minutes from Stansted Airport and one hour from London.

Located in the market town of Bishop's Stortford, Hockerill is a beautiful mix of historical buildings and new facilities including a science hub and sports hall.

Each boarder has their own personal house tutor. All boarding houses have their own kitchens for extra snacks and meals, laundry service, shower facilities and various games and leisure facilities such as pool and table tennis. Some houses have their own private gardens. The sleeping arrangements vary between modern dorms and study bedrooms in the younger years. Privileges increase as the pupils get older, such as increased time allowed for trips into the local town.

Weekend activities are fun, ranging from barbecues, Chinese New Year celebrations and beach trips to film nights, trips to Cambridge and an excellent University Cooking Course. There are designated exeat weekends for all students and there is an International Boarders weekend when as many parents as possible visit from overseas; it's a lovely touch that recognises the school's large international boarding community.

Admission to state boarding schools in the UK is limited to children who are nationals of the UK and are eligible to hold a full UK passport, or those who have the right of residence in the UK. Since January 2021, they are no longer open to EU passport holders and nationals of other European countries.

Children can be living overseas when they apply, but they will need to provide a copy of their UK passport or right of residency in the UK. Families with British National (Overseas) status can apply for the new Hong Kong British National (Overseas) visa. If the visa application is successful, families who move to the UK can apply for their child to attend a UK state boarding school. All boarders from overseas must have a guardian in the UK when they arrive. In several state boarding schools, around 10-20% of boarders have an international background.

Applications are made to the Hertfordshire Local Authority, not the school. Students applying for a boarding place will be invited for a boarding interview, when the school will assess their suitability to board; places are offered shortly after the interview. This will typically take place in September and/or January in the academic year preceding entry.

The oversubscription criterion for boarders includes: children who are looked after by a Local Authority, UK Armed Forces children, having a “boarding need” which could be that parents are living abroad, and having a sibling at the school (unless they are in Year 13).

Day student places at non-selective state boarding schools such as Hockerill are made through the Common Application Form (CAF) to the local authority, and students must apply in Year 6 for a Year 7 place. The deadline to submit the application is October 31 in the year preceding entry. There is often a high demand for day places at these schools, which are awarded according to the Local Authority criteria of looked-after children, siblings and distance from school. You’ll often need to be living less than two miles of the school to stand a chance of getting a place.

You will find out if you have been offered a place on National Offer Day, which is March 1 every year. 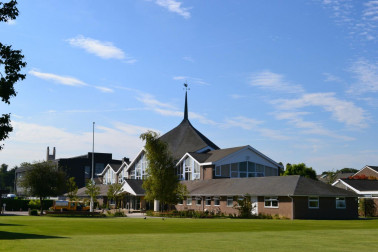