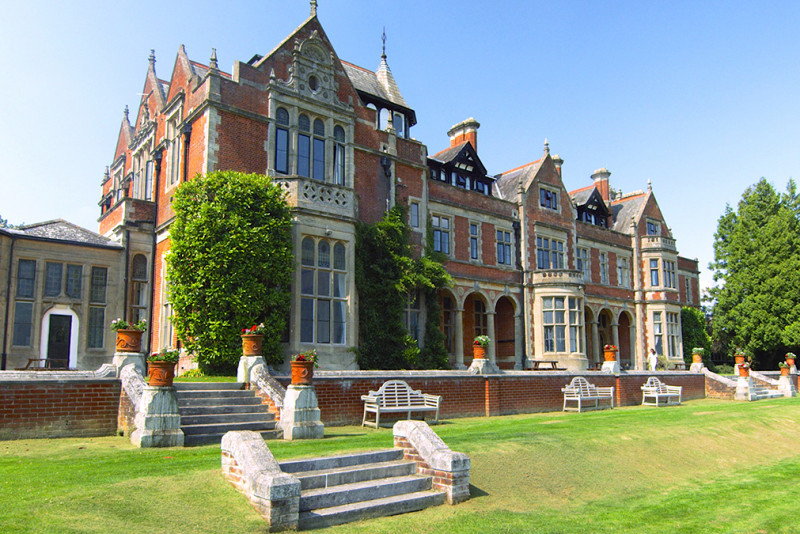 One of the most prestigious of progressive English day and boarding schools, Frensham Heights was founded in 1925 on the principle of child-centred learning and engagement with the whole-child at the heart of school life.

One of the most prestigious of progressive English day and boarding schools, Frensham Heights was founded in 1925 on the principle of child-centred learning and engagement with the whole-child at the heart of school life.

The school has been resolutely co-educational since founding, has no school uniform by principle to reflect and inspire diversity, and provides a curriculum directed to meeting the needs of individual children through choice rather than the more rigid exam factory approach of more traditional English independent schools.

School life is non-hierarchical: children and staff are on first name terms; there are no prefects, prizes, or awarding of head boy or girl titles; traditional approaches to discipline, including detentions and punishment, are rejected in favour of discussion and cooperation – and the student voice is recognized democratically through the School Council.

Whilst Frensham is committed to providing an academic education for its children, it is committed to delivering an equally powerful creative framework through which that is delivered, so that pupils are “inspired and inspiring, interested and interesting” rather than “robots filled with facts.”

The school’s 120-acre site is centred on a mock-Tudor mansion re-modelled by the brewer Charrington in 1902 with a façade of gothic turrets, leaded lights, and a dramatic interior, including an Edwardian ballroom complete with Minstrels’ Gallery, a Louis XVI drawing room, and a Jacobean hall with baronial fireplace.

Based on the Surrey-Hampshire border around 3 miles from Farnham, Frensham is less than an hour from London and half an hour from Heathrow.

Sporting facilities include: four Badminton courts; netball, tennis, and basketball courts; dance studio; hockey, football, and cricket pitches; climbing wall; a huge variety of Ropes courses; and an outdoor heated pool. Other sports include rugby (optional), volleyball, cross-country running, softball, Duke of Edinburgh’s Award, fencing, and weight training. Team sports like rugby are not a “key part” of Frensham life in the same way they are in more traditional public schools; instead, the approach is less about compulsory sport as with finding outdoor activities that inspire. Other facilities include a dedicated (Aldridge) theatre with a 308 capacity auditorium, new music block, and art centre.

Entrance to Frensham is not academically selective for the Middle School, although only pupils who are likely to “fit” will be offered a place.

Decisions are made on the basis of January interviews with the Headmaster and the Head of Middle School, together with the results of entrance exams held one week later in reading, writing, mathematics, spelling, science (at 13+), and non-verbal reasoning.

Places are offered within one week of taking the exams. For sixth form entry, pupils are required to have gained six GCSEs at A* - C, although this is flexible. Prospective sixth formers must undertake Frensham’s in-house tests in the November a year before entry.

Entrance exams comprise a 30-minute general paper, three 20-minute questions to be answered in subjects of the student’s own choosing, and an “on-line standardised test.”

Sixth form entry is significantly over-subscribed, and pupils’ genuine and well-reasoned ambition to attend Frensham counts significantly in the decision to offer a place. The Frensham whole-child approach to entrance is much more personality-driven than that adopted by the independent sector as a whole, whose focus on Common Entrance varies generally only by degree. For Frensham, such a standardised approach to entrance, and particularly as it focuses exclusively on academics, means that Common Entrance plays no role whatsoever in their decision-making.

Are you a parent, teacher or student at Frensham Heights?
Take a survey arrow_forward

Places are offered based on exam results and interview, reference, and school reports. A place is confirmed after the deposit fee has been received and cleared through the bank. Entrance requirements for GCSE and Sixth Form require a good understanding of English.

For the younger years, there is greater flexibility. Those joining Year 12 are prepared for the IELTS examination. Younger years take the IGCSE in either English Language or English as a Second Language when they are ready to do so. Lessons are in groups of about 3 - 4. Individual lessons can be arranged at extra cost. In the Sixth Form there are two free lessons per week when required. In other years there is a fixed charge of £770 for two lessons per week. On accepting a place, international students are required to pay a non-refundable deposit equivalent to one term's fees.

As with almost all young schools, and particularly smaller schools like Frensham, Bursary provision is necessarily limited and, where available, means-tested. Equally, scholarships provide only up to a maximum £750 fee remission.

At I/GCSE pupils study a minimum of nine subjects, including core subjects in English, English literature, mathematics, a modern foreign language, double/triple science, and a creative subject chosen from, for example, fine art, graphic design, dance, or PE. Other subjects can be drawn from options including history and business studies.

A photography GCSE is offered as an extra-curricular activity after school.

Frensham pupils all study an in-house enrichment program which includes subjects as diverse as critical thinking and ICT.

At A-Level most pupils choose four subjects at AS Level in Year 12 and continue with three subjects at A2 level in Year 13. A Levels can be chosen from mathematics, biology, chemistry, economics, further mathematics, psychology, physics, business studies, geography, history, sociology, English literature, fine art, dance, drama, music, product design, and photography. French, German, and Spanish are offered as language options. The absence of Latin or Greek as options at any level of the school’s teaching makes its own statement.

Frensham has a “whole school approach” to EAL/SEND. In 2015, 11 pupils were identified as having SEND needs and 10 receive specialist EAL support at an early stage in their learning English. Pupils identified with SEND or EAL “succeed at least as well, and sometimes better, than their peers.”

The IGCSE is not included in government league tables but Frensham scores around 42% A*/A. Like A-Level results, at 40% A*/A, Frensham is hitting at between half and 2/3rds of the performance of the hothouse schools at each level – but this must be seen in the context of non-selective entry and a very different focus on providing a whole-child, rather than academically, focused education. For a school that is often compared with Bedales it is worth noting that academically Bedales has the edge at both levels – although neither school would celebrate this and both would probably suggest that they meet the needs of their pupils – and that cannot be measured.

Frensham has an 5% Oxbridge slipstream.

Frensham Heights is resolutely non-denominational, refuses discrimination on grounds of race or religion, and welcomes pupils from all faiths. The school highlights its historic role as a safe haven for young people fleeing Nazi Germany.

Informal Mumsnet reviews variously describe the school as “Bedales light”, “very different”, “not for everyone”, and a “marmite school.” Progressive schools, like their hothouse extreme counterparts, are certainly perfect fits for only certain types of children.

Our view
Frensham is committed to delivering a progressive school in which every child has the right “to be themselves and to grow into the kind of person they have it within themselves to become […] Confidence without arrogance is what our students are known for.”

Wrongly, in our view, this focus on the whole child is often reduced to arguing that schools like Summerhill, Bedales, or Frensham are best for “square peg” children that need schools that have the time and energy to meet their differences from the norm.

In fact, it is not that the progressive schools are not academic – academic children tend to perform exceptionally well. It is that they nurture the talents of children whatever they may be – academic or otherwise, without forcing non-academic children to be academic or vice versa. Many parents in a highly competitive world take the view that a highly structured and disciplined approach to education that delivers results, even if the trade-off is an unhappier education for their child(ren), is a necessary price to pay.

Progressive schools offer an alternative view of education – but not one that can be understood in dissecting league tables.

Our view is that the better prism through which to understand Frensham is to consider how well a given child responds to structure, their degree of self-discipline, and their motivation to learn, academically or otherwise. For driven and self-disciplined children who thrive in being given the freedom and resources to learn, the progressive schools will in almost every case deliver as much or more than their academic counterparts. For creatives, however, and children who respond poorly to authority and structure, Frensham will potentially offer much, much more. But you must visit the school before making the decision– and this holds as true for prospective international pupils, even if potentially offered the opportunity for online interviews and remote entrance exams, as those at home.