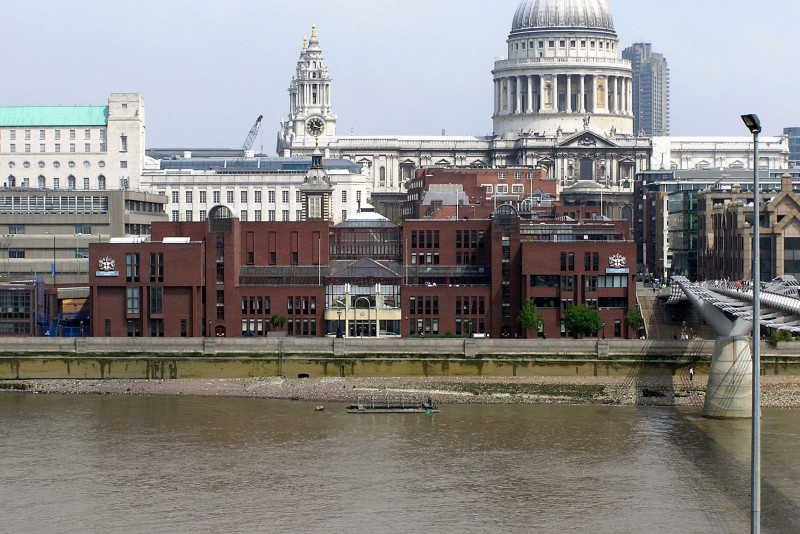 An all-boys school for the academically strong with an iconic location, a long tradition of single-sex education, and consistently high results and entry to top universities.

There are several reasons why a student would put the City of London School on the top of their admissions list. It is a high-achieving school that sends high numbers of boys to Oxbridge and Russell Group universities every year. Its city centre location puts students at the heart of the capital with all its galleries, museums, and history; CLS is on the doorstep of Millennium Bridge and the Tate Modern – and students can gaze at views of the Oxo Tower and London Eye during a science class (although CLS boys are unlikely to be distracted from their studies). And it has a growing bursary programme that is opening up an education at CLS to more children from the state sector.

This all-boys’ day school has a diverse student body, with around 900 boys aged 10 to 18-years commuting from all corners of London. Just like the city around it CLS is fast-paced and, based on the student-made school video, the corridors are bustling with happy, ambitious and enthusiastic students. Boys travel from all over the Greater London area, many making a 45 minute journey to school every day.

CLS is a modern, forward-looking school that describes itself as “grounded and unpretentious”. It talks about boys being respectful and kind as well as curious and committed. While unashamedly an academically selective school, CLS is looking for boys to have a broad range of skills and interests outside the curriculum – and it facilitates this offering plenty of enriching subjects that are challenging alongside a clear focus on core academic subjects.

In terms of wellbeing, every boy has a form tutor, its staff receive Youth Mental Health First Aid training, and the school encourages the open discussion of issues such as mental health.

It is part of the family of City Schools (a nine-strong group of state and independent schools in London); it has the strongest link with its ‘sister’ school, the City of London School for Girls, which is just 20 minutes away. Students come together for an annual musical performance, there are joint extra-curricular activities including music and the Combined Cadet Force, and there are plans for more shared opportunities in future years.

Headteacher Alan Bird joined the school in 2018 from Brighton College and he leads a strong faculty (including the Great British Bake Off 2019 finalist Alice McFarlane) who “set high intellectual standards”.

CLS was rated Excellent in its last full ISI inspection in 2011 when inspectors found that the school “is successful in achieving its aims of being a community in which boys achieve the highest academic standards, make full use of their potential and are academically fulfilled and qualified.”

CLS delivers a broad and challenging curriculum that’s rich in modern and classical languages. This is not a school for boys wanting to study less traditional subjects such as photography and PE, but rather a choice for those looking for plenty of academic rigour.

Are you a parent, teacher or student at City of London School?
Take a survey arrow_forward

Students study linguistics in Old Grammar (Year 6) as well as the bespoke CLaSS programme, which equips boys with wide range of life skills including organisation, time management, handwriting, touch typing, and study skills. They go on to study French & Mandarin in First & Second Form (Year 7 and 8), as well as a choice of classical civilisation, drama, Spanish, German, Mandarin, Latin, or Latin & Greek.

Boys at CLS can take five modern and classical languages at GCSE, one of the broadest choices you’ll find in a UK day school. This is balanced with non-examined subjects including PE, swimming and games.

There’s a wide choice of more than 20 subjects at A Level, and opportunities for Sixth Formers to enhance their learning with the Extended Project Qualification (EPQ) and other extras such as the Securities and Investment Certificate EPQ. It stands by its decision to offer A Levels rather than the IB Diploma Programme (on the curriculum at more than 90 schools in the UK), saying that:

“The level of compulsion in IB is contrary to the liberal ethos underpinning our curriculum and we believe that the opportunities provided by the curricular and co-curricular at City permit boys to sustain a very broad academic experience.”

Instead, CLS offers a “flexible and challenging A Level Maths programmes”, “plenty of scope to develop independent research and writing skills” and “a plethora of opportunities to get involved in artistic pursuits, sports, charity work and community service”.

The main sports offered are football, basketball, cricket, and water polo and swimming, but it is football that really reigns here. There is also an impressive list of specialist minor sports ranging from fencing to kayaking. Students train and play at on-campus facilities including a sports hall, football pitch, 25 metre swimming pool, indoor cricket nets, squash courts, fencing salle, and table tennis tables; they also travel just up the road to the school’s sports ground at Grove Park with five full size football pitches, tennis courts, and an athletics track.

Located between the Globe Theatre and the West End, CLS offers students plenty of opportunities to explore the arts off-campus. Staying on campus, boys can study art, drama and music through to A Level, and there are plenty of house competitions, LAMDA lessons, and drama productions to get involved with off-timetable. Every boy has the chance to learn a new instrument, and many sing in well-regarded orchestras such as the London Schools' Symphony Orchestra and the National Youth Orchestra; two CLS boys have won The BBC Young Chorister of the Year Competition such is the standard of singing here. Arts facilities include a well-rigged Winterflood Theatre, art studios and workshops

Boys are kept busy, active (and happy) during lunchtimes and after school with a wide choice of sport, music and drama clubs, as well as the Duke of Edinburgh’s Award and CCF, community service, and charity fundraising activities. Students describe CLS life as ‘work hard, play hard’ and there’s room for fun clubs such as cheese appreciation and comedy. As one student says, “It’s difficult to get bored when there’s so much do to.”

Overlooking the Thames, the school’s central London location is certainly one of its greatest strengths. It’s a modern but not new and glitzy school, well-maintained and with plenty of specialist facilities. At the heart of the school is a recently refurbished Learning Centre (which extended its opening hours to meet the demand from students wanting to study out of hours).

Main entry points are Year 6, Year 7, Year 10 and Year 12, and there is huge competition for places every year.

The school offers Academic, Music and Sports Scholarships, alongside a bursary scheme offering up to 100% of school fees. Annual tuition fees are £18,939.