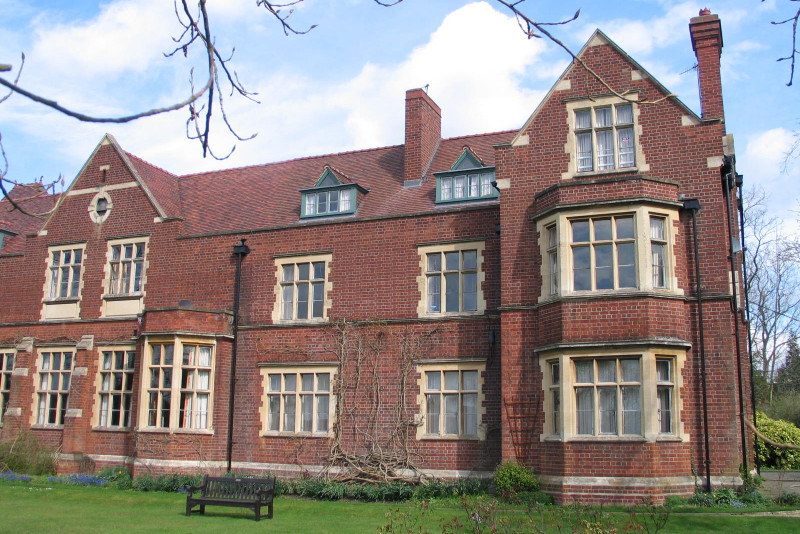 Located in the Midlands, this day and boarding school for high academic achievers offers a choice of Sixth Form pathways. Led by a passionate headmaster, it delivers a a broad education that is built on growing investment in sport and the arts.

Bromsgrove is a co-educational independent Church of England boarding school in the Worcestershire town of Bromsgrove. It was founded as a charity school in the Middle Ages then re-established as a Tudor grammar school in 1553 by Sir Thomas Cookes. It is one of the oldest public schools in Britain.

Bromsgrove School is a large school with 1,660 boarding and day students with a 50:50 ratio of local day pupils to boarders and of boys to girls. Boys and girls enjoy the advantages and facilities of a large campus spread across 100 acres with the benefits of belonging to the smaller learning communities found in Bromsgrove's Pre-Prep Nursery, Prep and Senior Schools.

Bromsgrove describes itself as “an ancient institution but a modern educational force” with some maxims as true today as they were 500 years ago. The school embraces both vocational and academic courses in its curriculum by offering A Level, IB and BTEC courses in the Sixth Form, and its Headmaster Peter Clague is a strong advocate of the IB programme. He offers parents a personal view of the choice of IB or A Level on the school's website saying:

"The government knows A Levels are an anachronism and is quite rightly changing what they are, so let’s keep a wary eye on what happens. For the moment, I think the examples I give as to why pupils might want to opt for A Level are valid and so we will continue to provide A levels at Bromsgrove.

"But the default position of a typical Bromsgrove pupil should, increasingly, be the IB. The world has changed."

Mr Clague, who was previously Executive Principal of the co-ed independent Kristin School, New Zealand, has been Headmaster at Bromsgrove since 2014. He has a BA from Auckland University and an MBA from Massey University, and is known to embrace the large international cohort of students who come from all over the world. A brilliant communicators and a widely-read educator, he clearly has a passion for learning – watch one of his weekly addresses to judge for yourself. Mr Clague has a special interest in IT and a love of sport and the arts, which is evident in the recent changes he has made at the school. There has been huge investment in the arts with the building of a new theatre and concert hall, more flexibility in the timetables with longer lunches for co-curricular activities, and a newly built sports arena big enough for eight badminton courts and seating for 500.

Bromsgrove was one of the first UK private schools to eye up the opportunities for global expansion. In 2002, it opened Bromsgrove International School Thailand (BIST) in Bangkok; most recently it has opened Bromsgrove School Mission Hills in Shenzhen, China. Both overseas schools are educating local and international children living in Thailand or China, and deliver a very traditional British education that is adapted to suit its international setting.

All students work towards GCSE qualifications in English language and English literature, mathematics, biology, chemistry and physics (as standalone, separate or a combined dual award). Pupils also take at least one language and at least one of history, geography or religious studies. Beyond these subjects, students have two further GCSE options such as a modern foreign language, Latin, design technology and more.

In the Sixth Form, students can choose between a wide choice of A Levels, the IB or BTECs – and the school says it "is very flexible when it comes to accommodating unusual combinations".

Are you a parent, teacher or student at Bromsgrove School?
Take a survey arrow_forward

Bromsgrove has a large Sixth Form of around 400 students, all of whom are encouraged to develop independent learning skills. IB students complete the compulsory core programme comprising of Theory of Knowledge, an Extended Essay and CAS (Creativity, Action and Service). To fill these gaps in the A Level and BTEC programmes, all other Lower Sixth students complete a variety of enrichment tasks in the school's Core Programme. They take part in debates and more university-style lectures as they work towards completing a final extended project.

Sports at Bromsgrove is taken seriously but this does not exclude less able students from participating. It says that although it is not a sports academy, it aims to perform as if it were with demanding and extensive fixture lists. Several former students play sport for England.

The school is set in 100 acres with copious grass pitches. The newly built sports arena houses a new swimming pool, dance studios, climbing walls, two AstroTurf pitches, squash courts, tennis/netball courts, eight badminton courts and seating for 500. There is an adjacent 400m running track and outdoor sports such as sailing, and climbing can be undertaken at a nearby Outdoor Education facility. This school was ranked fourth in the UK in School Sports magazine.

Bromsgrove declares it has one of the finest art departments in the UK, offering fine art, 3D design, textiles, film and photography. Its fantastic new £11m Performing Arts complex was opened in 2017 (by Julian Lloyd Webber) and this boasts a Vienna concert grand piano; two 300-plus seat theatres have been created, one with a hydraulic thrust stage and with flying facilities.

Music is encouraged, and it is taken seriously here with several choirs, ensembles, orchestras, bands and more on offer. Many students have gone on to study at a selection of Conservatoires. The Chapel Choir recently undertook a tour of New York – a good reason to join!

Bromsgrove offers two delightful in-school awards, Bromsgrove Badge and Bromsgrove Service. In the Lower Fourth all students work towards the former, which offers experiences from camp craft, orienteering and climbing, to public speaking, local history and knowledge. One of the first challenges involves map-reading and walking across the nearby Malvern Hills. At the end of the course the students camp for a weekend and enjoy a host of activities including abseiling, canoeing and rock climbing, and of course, cooking for themselves.

Bromsgrove Service is a vital part of the IB Diploma CAS component and the Duke of Edinburgh's Award Scheme; students who are not partaking in either of these can still volunteer and join in. This award also encompasses nationally recognised award schemes such as the Crest Science Award or the Language Leaders course.

The school has a long and outstanding tradition of military service and five Bromsgrovians were awarded the Victoria Cross medal. Its CCF is very strong here, compulsory in Year 10, and accessible to all. The BTEC First Diploma in Public Services and the Standard Adult First Aid Certificate are obtainable through the CCF.

Saturday school is not compulsory, although students may be required to attend additional academic classes for catching up or for Oxbridge preparation.

Bromsgrove has exchange links with schools in France, Germany and Spain; students stay with a host family at Easter and this is reciprocated later in the year, which enables students to make huge progress linguistically.

In 2021, the average IB score achieved by the cohort of 69 students was 40.1, slightly higher than 2020's score of 39.3; this is an impressive indicator of the strength of the IB programme here. Almost two-thirds scored 40 or more points and four students achieved the 45 point maximum.

In the last decade Bromsgrove's academic facilities have been improved enormously; 18 new and refurbished science laboratories have joined a huge new humanities block and a new library has been built.

There are two mixed-sex, two girls’ and three boys’ boarding houses, as well as seven day houses. Interestingly, the school never closes during term time so there are no exeat weekends. Although it is a large school, there is an excellent mentor system in place with older students looking after younger ones. The house tutors have eight per group and everyone, bar Sixth Formers who have their own houses, eat in a central dining room.

Bromsgrove sets its own tests for admission, which are in English, mathematics, non-verbal reasoning, and an essay; most students come into the school from its own preparatory school. Sixth Form entry depends on GCSE results and an interview. It does also accept Common Entrance if students are coming from an English Prep schools.