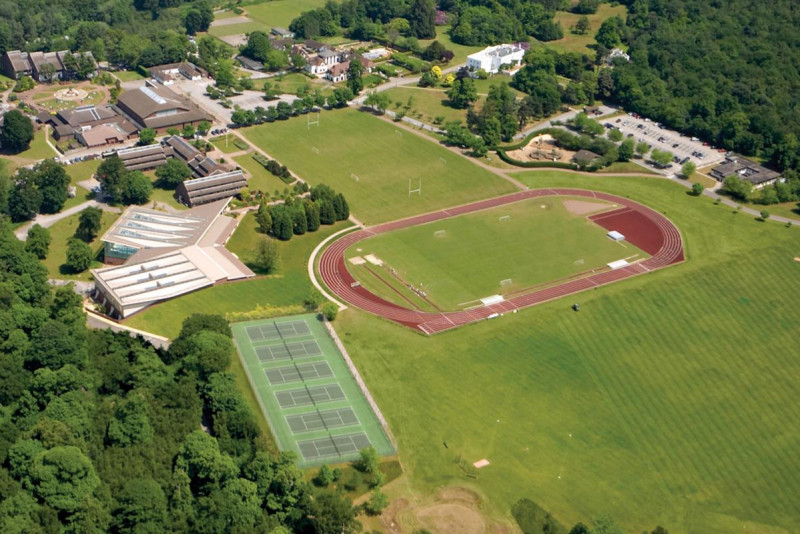 ACS Cobham is an all-through co-ed school that embraces internationalism with its US-based education, choice of IB or AP diplomas, and world-class sporting facilities.

ACS International School (Cobham) is one of a kind in the UK private schools’ sector. Here’s an all-through, co-ed day and boarding school with an international curriculum that’s rooted in American standards and offers a choice of graduating paths.

In line with the education background of many of its students, a predominantly American-based curriculum is brought to the Home Counties, to a desirable corner of Surrey, where ACS Cobham offers the choice of taking the IB Diploma Programme (IBDP) or Advanced Placement (AP) diploma. All students also graduate the school with a US high school diploma, which meets the admission requirements for US colleges and universities.

It’s an education that has huge international appeal, and not just to American students – the school has 1,450 students representing more than 70 nationalities, and a third of students are from the US. ACS Cobham’s student community is transient, with the average stay being around four years, which is fairly typical for a school with such a high expat student body. For those students who do stay longer, they reap the benefits of an all-through school: a stable environment for children, no transition from primary to secondary to sixth form; primary students have access to young role models; and secondary students have the responsibility of mentoring younger students.

ACS Cobham is part of the ACS family which has campuses in Egham (an IB continuum school) and Hillingdon (which offers the IBDP and AP pathway); there is also an international campus in Qatar. ACS Cobham is the only school in the ACS family to offer boarding, although the majority of its cohort are actually day students (1,300-plus).

This is a school that is very proudly not defined by tradition or monoculturalism. Just as you won’t find the UK’s GCSE and A Level qualifications being taught in the classroom, you won’t see many British traditions here either; there are no boarding houses, no traditional dining hall, no homework or ‘prep’ in the lower school, and there is no school uniform. Here’s a school where students are encouraged to look at things in a much more global context, whether through the curriculum or by rallying together to support projects in Nepal, India, and Syria.

ACS Cobham was rated Excellent in its 2015 ISI inspection. Inspectors found that lower and middle school students “demonstrate highly advanced speaking, reading and writing skills for their age”, and that high school “students’ achievement is good in most areas, and excellent in some, including modern foreign languages (MFL), art, music, and the performing arts". It’s impressive feedback for a non-selective school where around half of the students speak English as an additional language (EAL).

At the helm is headteacher Barnaby Sandow, who joined the school in 2019 after spending the last 15 years at Jerudong International School, a British international school in Brunei.

An ACS Cobham education is consistent with American stateside schools, and is accredited by the US-based New England Association of Schools and Colleges; this accreditation is an important recognition of the quality of education provided and of the High School Diploma being issued.

The school follows the American system with an Early Years, Lower School, Middle School, and High School. From KG through to Grade 10, the curriculum at ACS Cobham is based on US-based educational standards frameworks, such as the Common Core State Standards for mathematics and English, and the Next Generation Science Standards for Science. In addition to core subjects, students study drama, music, art, health, and PE right through to high school.

It’s an academically rigorous curriculum, which is needed for students who go on to study the IBDP or AP Capstone in particular. According to ISI inspectors, “learning activities are often creative and challenging”, and “teachers have strong subject knowledge”, which helps to prepare students in the lower and middle schools for the most challenging high school and college years.

Are you a parent, teacher or student at ACS International School (Cobham)?
Take a survey arrow_forward

The assumption that a US curriculum is easier than other curricula due to the lack of examinations and perhaps a less rigorous assessment process should, in fact, be discounted. American schools measure their standards the same way that IB or UK curriculum schools do – through standardised testing scores. At ACS Cobham, students’ progress is tracked by US-led Measures of Academic Progress (MAP) assessments in maths, reading, and languages.

The school also uses the Responsive Classroom approach in the lower school, another US-based programme which focuses on students' social skills through morning meetings and organised play. It’s an example of the school’s emphasis on developing happy, confident children who can work independently, something that certainly paves the way for the academic success seen in the school’s high school.

In the sixth form, students can take the International Baccalaureate Diploma Programme or Advanced Placement courses alongside the US high school diploma. This dual pathway makes ACS quite unique in the British private schools’ sector, although there are more than 90 schools in the UK offering the IBDP.

The IBDP continues the broad and balanced learning approach to subjects that has been delivered throughout the school, and offers a much broader alternative to the more specialised A Levels. The DP programmes cover languages, humanities, sciences, maths, the arts, physical health education, and technology. In keeping with the international nature of the IB programmes and the very wide mix of nationalities at ACS Cobham, the school has a strong focus on languages. It also offers mother tongue language tuition if the demand is there, and Dutch, German, Spanish, Danish, and Korean are among those to be taken up.

Alternatively, ACS offers a full AP programme, which includes 20 AP subjects. It is currently the only school in Europe to offer the AP Capstone, which is a relatively new two-year High School diploma. Courses are taken in English, maths, science, humanities, visual and performing arts, PE and health, world languages, and computer science and technology. AP remains a popular choice with students hoping to attend a prestigious college or university in the US, and this is reflected in the slightly higher cohort taking AP rather than the IBDP.

Don’t expect all lessons to be held in a traditional classroom. One of the advantages of sending your child to leafy Surrey rather than a major city is the woodland surrounding the school – and from Forest School throughout the Lower School, to drama, English, science and even maths lessons being held in the 20 acres of grounds, the school is a firm believer that the outdoors is not just for PE.

ACS Cobham’s world-class sports facilities were used as the official training facility for the 2015 Rugby World Cup and the London 2012 Olympic Games, and include football and rugby fields, softball and baseball diamonds, a floodlit all-weather astroturf pitch, a 400m track, and tennis courts. The school performs well in regional and national sport, particularly in football, cross-country running, rugby, tennis, and swimming.

There are also some outstanding arts facilities, and the school’s performing arts centre has really enhanced the provision of music and performing arts since it opened in 2015.

The average IB point score for ACS Cobham students in 2021 was 37, which is above the world average of 33 points, and is the equivalent of achieving four A*s at A Level. Almost half of ACS Cobham students achieved 38 points or above, with the highest score achieved being 45/45.

“I am enormously proud of this year’s graduating IB students. Throughout their two years studying the DP they have faced endless challenges and disruption, but they have come out the other end with exceptional academic results and will enter the rest of their lives with a new kind of resilience and tenacity. A number of our students will now go on to some of the top universities in the world, while others will confidently pursue individual passions and interests and prepare for high-level post-secondary opportunities in sport, creative industries, and business and enterprise.”

Reflecting on his time at ACS Cobham, Ben, added:

“I think ACS Cobham's strengths lie in its people. Whenever I travel between different schools, I always end up remembering the calibre of each teacher and student rather than the location itself. Many of the teachers at this school have been wonderful and I've met some great friends over the last two years.”

In addition to the DP, the school offers the US High School Diploma and Advanced Placement (AP) programmes as alternatives to A Levels. ACS Cobham’s AP results will be released in August.

A larger cohort of 177 students took AP exams in 2020, and the average GPA score was 3.4; considering that anything above 3 is considered a pass mark, this figure is very reassuring. Also, 57 AIS students received AP Scholar Awards from the College Board.

With such strong academic record it’s not surprising to see that, for those students who stay at the school until the college years (and there is said to be a degree of transience within its international student body), the majority of ACS students go on to attend universities in the UK and the US.

With plenty of glorious English countryside on its doorstep, ACS Cobham is a stunning place to learn.

ACS Cobham has a beautifully landscaped 128-acre woodland site dotted with purpose-built Lower, Middle, and High School buildings; there is also a dedicated Early Childhood Village. It’s a thoughtfully-designed campus with an almost university feel to it. The sports facilities certainly have a wow factor, and the floor to ceiling and large windows in many classrooms and facilities really make the most of the school’s most natural asset.

The school also takes full advantage of its proximity to London, whether sending students on drama trips to the West End or visiting any of the major London art galleries.

ACS Cobham is a non-selective school, so there are no tough entrance exams to pass; entry is based on school reports and a student questionnaire. Annual day tuition fees range from £11,630 for pre-K through to £28,200 for Grades 11 - 12. 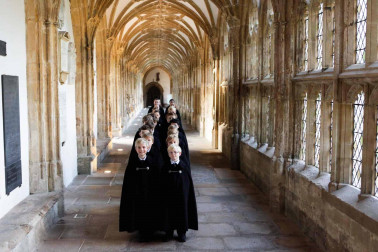 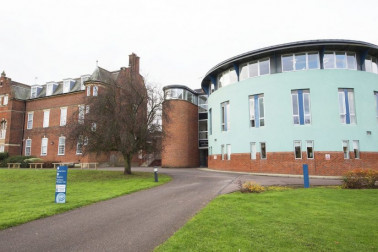 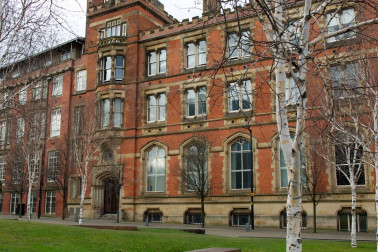