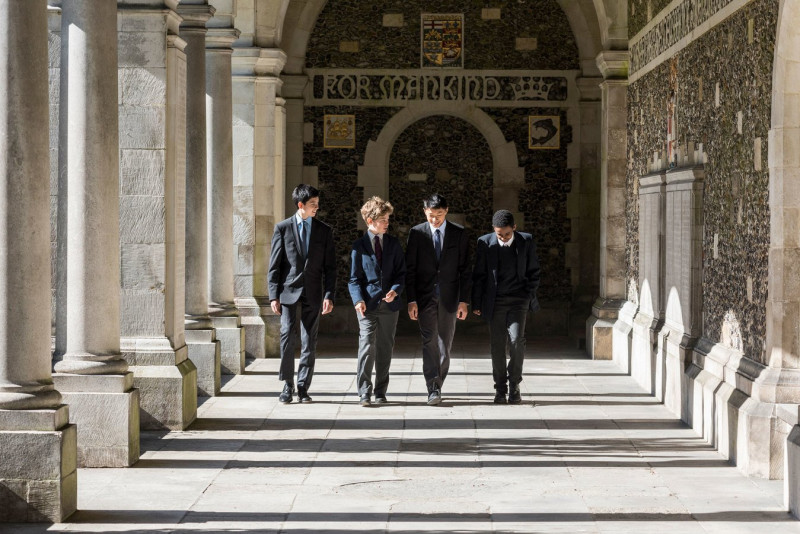 Winchester College will open the school to girls for the first time after discussing the issue for more than 100 years. The 600-year-old school is currently one of only five remaining boys’ boarding schools in the UK, but from 2022 it will admit girls into the sixth form as day students; girls will also be able to join as boarders by 2024.

Located in Hampshire, Winchester College currently educates around 700 students. From 2022, girls will be allowed to join in a 50-50 split with boys to study for their A Levels. Traditionally a boarding-only school, Winchester College will also admit boys as day students into the sixth form for the first time.

"We concluded that opening the school to girls (initially for A-Level) would bring benefits in terms of intellectual challenge and diversity of thought, as well as wider advantages in terms of preparing all our pupils for the world outside Winchester. We also believe, on the basis of experience elsewhere, that this change will bring pastoral and extra-curricular benefits to both sexes."

There are plans to increase enrolment up to 850 students, roughly the same as Rugby and Harrow schools but smaller than Sevenoaks, Oundle, Wellington and Eton. The school's motto 'Manners Makyth Man' is said to be staying.

The school, which charges £42,000-a-year in tuition fees, will also increase the number of bursaries it awards to support an extra 30 students a year by 2024; it currently supports 120 pupils on bursaries.

“Today’s announcements are the product of discussions over many years and I am delighted to take them forward. Our founder, William of Wykeham, was a philanthropist and visionary who revolutionised education, and it’s his tradition of looking ahead that we seek to continue.”

The number of single-sex independent schools in the UK has roughly halved since the 1990s, and there will now be four all-boys public boarding schools – Sherborne, Eton, Harrow and Radley. There are around 200 all-boys day schools within the UK's state and public sectors, and a slightly higher number of 230 all-girls day schools.

The majority of single-sex schools are found in the independent fee-paying sector, but around 12% of government-funded schools remain single-sex; these tend to be selective grammar schools. If you want your child to attend a single-sex school, you either have to pay or hope they pass an entrance exam.