Winchester College, is considering the admission of girls. It is one of four remaining boys-only boarding schools in the United Kingdom. Despite growing pressures against them, single sex schools continue to dominate academic league tables.
Winchester College Considers Admitting Girls
By David Westley 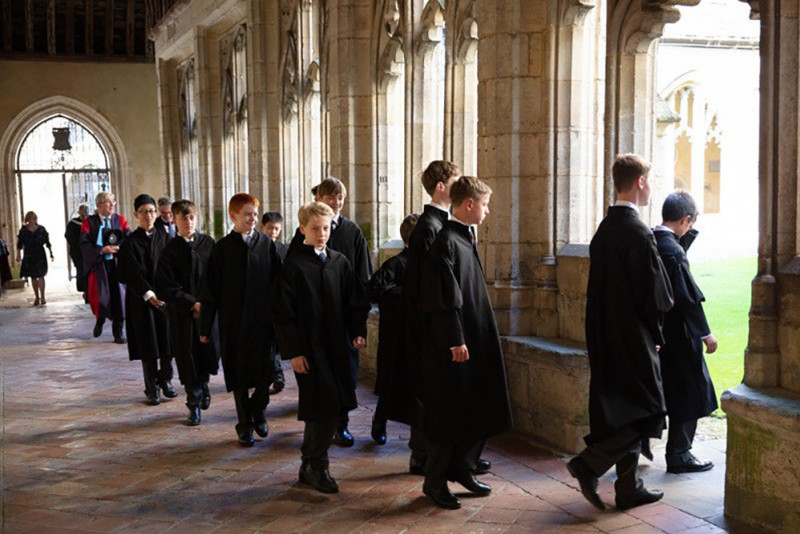 One of England’s oldest boys’ public schools, 600-year-old Winchester College, is considering the admission of girls.

The £40,000-a-year school said any such decision would be made by the governing body, according to a report in The Times newspaper. It is one of only five remaining boys’ boarding schools.

The other four all boys boarding schools are Sherborne, Eton, Harrow and Radley.

Clarissa Farr, a member of the college’s governing body, said: “The past year has forced all schools to examine the quality, accessibility and relevance of their offer. Any school not engaging in these challenging conversations is not facing the future.”

A member of the Headmasters’ and Headmistresses’ Conference, the professional association for heads of top independent schools, said this weekend:

“After the criticism of entitled male behaviour during the #MeToo movement and the debates about toxic masculinity, some of the remaining all-boys’, all-boarding schools are thinking hard about whether they should go co-educational. There are only four still remaining — that is not even a rump. No one wants to be the last one standing ... I think that all four will fall.”

Defenders say single-sex schools give boys and girls a chance to grow up free from the distractions of the opposite sex. Girls are more likely to do science A-levels in girls-only schools; boys more likely to take English literature A-level.