North London Collegiate School (NLCS) is expanding its international family of schools with the opening of a bilingual junior school in Vietnam in August 2022, making it the third British school to open in the country.
NLCS to Open Bilingual School in Vietnam
By Carli Allan 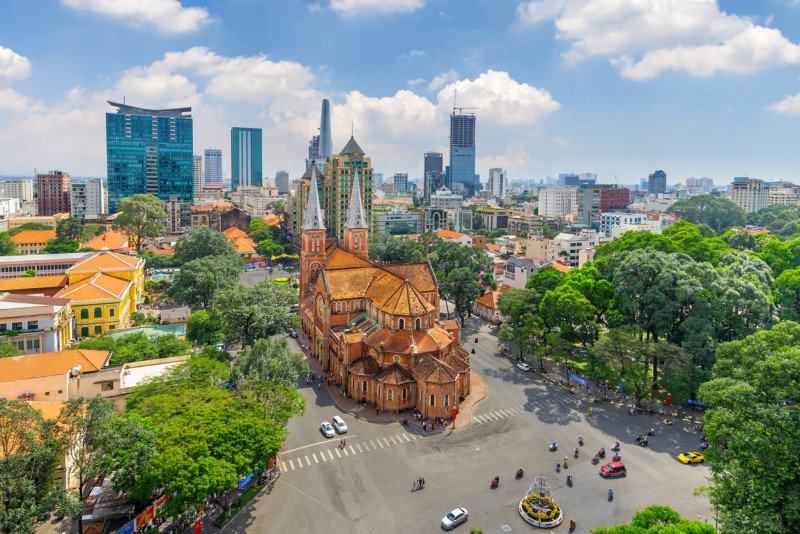 The school, which has a reputation for its highly ambitious academic ethos, will offer a primary education based on Vietnamese, NLCS and international curricula. It promises to offer Vietnamese families the city's first selective, bilingual school with all the principles of an NLCS education – academic rigour, a diverse after-school enrichment programme, and individual pastoral care.

Parents can expect NLCS HCMC to be a premium-plus school for academically able students. NLCS UK (pictured above) is among the highest performing IB schools in the world, with an average IB score in 2021 of 43.2.

This will be the fourth international campus for the leading British public school NLCS, following NLCS Jeju in South Korea, which opened in 2011, NLCS Dubai, which opened in 2017, and NLCS Singapore, which opened in September 2020. North London Collegiate School (NLCS) is due to open an all-through, all-girls day school in central Bangkok. The opening date, which was set for August 2020 pre-Covid-19, has yet to be announced.

The school will be opened in partnership with the Vietnam based Embassy Education Group.

The campus will be purpose-built, with state-of-the-art facilities designed for junior school learning. Teaching staff are being recruited from Vietnam and across the world, and trained at the UK campus. the founding principal is Dr Alan Phan, currently Head Of School at the Royal Embassy Academy in Vietnam.

"With this venture, we aim to bring the heritage, unique ethos and outstanding educational standards of our NLCS schools to Vietnam. We are excited to be working with Embassy Education to develop a bilingual school, integrating the best of Vietnamese and international educational programmes, for Vietnamese families.”

Only last week, Wellington College announced that it will open three new South East Asian schools in the next few years – in Singapore, Indonesia and Malaysia – through a regional partnership with Singaporean businessman Peter Lim. At least one school is expected to open by 2025. Read more here.

Until recently, British public schools have not expanded into Vietnam. The opening of NLCS HCMC will be the third UK school to move into Vietnam.