A Level students in the UK are celebrating a record number of top grades following a second year without exams taking place due to Covid-19.
LIVE: 2021 A Level Results, UK
By Carli Allan 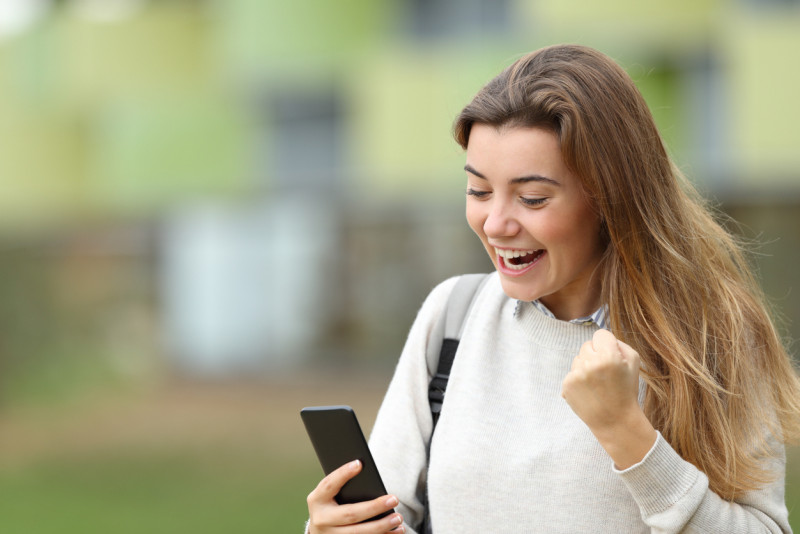 A Level results have reached an all-time high with nearly 45% of this year's entries in the UK being awarded an A* or A. This follows a second year of disruption due to Covid-19, where students have received A Level results awarded by teacher assessment rather than national exams.

The figures published by the Joint Council for Qualifications (JCQ) cover a total of 824,718 A Level results across England, Wales and Northern Ireland.

Universities, who received the results last week from the Examination Boards, had anticipated that this year's grades will, on average, be one grade higher than last year by comparison.

There are disparities between the results received at independent and state schools in the UK, and a record-breaking increase in top grades awarded to students in the independent schools sector compared with 2019 and 2020.

By comparison, 25.8% of entries at the UK's selective grammar schools were graded A* this year; the figure is 15.3% at UK state secondary comprehensive schools, 17% at academy schools, and 12% at sixth form colleges.

Just under 400,000 students have a confirmed place at their first-choice of full-time undergraduate course at a UK university. Initial UCAS figures show a 5% increase in the total number of students accepted onto a UK degree course, compared to last year.

UCAS director of strategy and policy John Cope told Sky News today (August 10) that UK universities have seen a record number of applications, up about 8%. He added:

"On behalf of JCQ and the exam boards, I would like to congratulate all students receiving their results today. The impact of COVID has undoubtedly provided a difficult chapter in their education journey and their resilience is to be applauded. We wish them all the best as they take their next steps in life.

"We would also like to express our sincere thanks to teachers, exams officers, heads of centre and colleagues, who have all worked exceptionally hard to determine grades this summer. Teachers used their professional judgement and submitted the grades and evidence in good time for us to check and award grades today."

Prime Minister Boris Johnson combined his congratulations to A Level students with a message for all young people to get vaccinated against Covid-19.

"Congratulations to everyone receiving their A-level results today. It's been an extremely challenging year and you should all be very proud of what you've achieved. And as you move to this exciting next stage, make sure you remember to get your jab."

A Level results are traditionally released mid-to-late August, but this year the date has been moved forward slightly to allow students more time to appeal results. A Level students who are unhappy with their Teacher Assessed Grades can appeal their grades or retake A Level exams in the same subject in autumn 2021.

For the second year running, the UK’s Department for Education (DfE) will not be publishing league tables for secondary qualifications. The most recent league tables for all state and independent schools are based on 2019 results.