Students due to sit IGCSE, IAS and IA Level exams with Cambridge International (the longest-operating International Awards board) in June 2020 can now find out the process being adopted in the award of grades.
This article is part of an editorial series on Covid-19 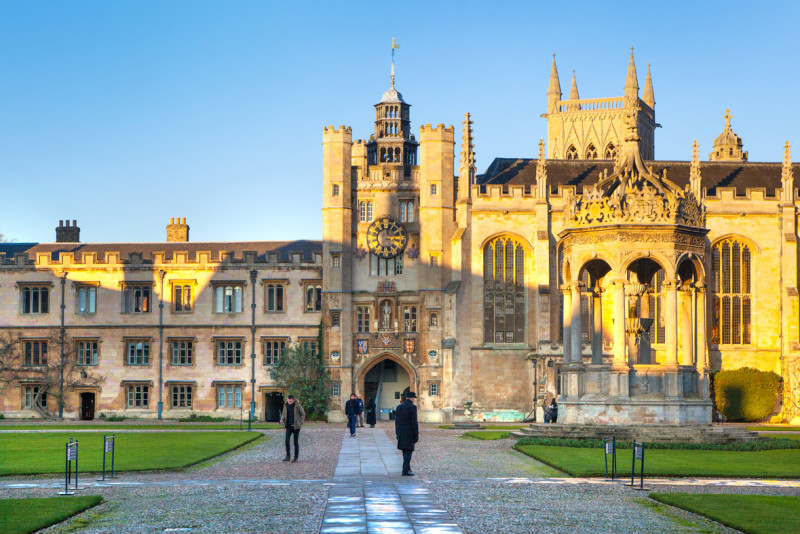 Following the decision to cancel the June 2020 IGCSE, International AS and International A Level exams as a result of the Covid-19 pandemic, Cambridge International Exam Board has now followed the other UK curriculum Exam Boards in issuing details of the process that schools and the Exam Board will use to award grades in August.

Although information from CIE was covered in our round up, CIE has now issued detailed information to schools and exams centres globally.

In developing its approach, the Board states that it has engaged “with different entities worldwide, including other awarding bodies, governments and universities. We have also engaged with the UK government’s exams regulator, Ofqual, which has developed a similar process for the GCSEs and A Levels taken by schools in England.”

The approach, in common with other Exam Boards, means that the bulk of the input to the grade award process for students due to sit the June 2020 exams, will require schools to undertake the largest part of the analysis to enable the Board “to make evidence-based decisions about grades for each candidate in each subject.”

Step 1. The School will determine a predicted grade for each candidate for each subject entered. Teachers will predict each student’s grade based on the evidence they have gathered on candidates’ performance, by considering a candidate’s performance in classwork, coursework, assignments and mock exams to make an overall judgement.

Previous exam results such as AS Level results for students who have previously sat these exams, will be considered for A Level grades for instance. Teachers may also use work the candidate has produced remotely since the School has been closed, although teachers must be confident that it is the candidate’s own work. Teachers may also consider information previously gathered from baseline tests (such as Yellis and Alis tests from Cambridge CEM) or external tests.

Teachers will weigh up what these different sources of evidence tell them about each candidate’s performance. The predicted grade should be the grade that, in the professional opinion of the teacher, the candidate would have been most likely to achieve if the June 2020 exam series had taken place.

Step 2. The School will determine a rank order of candidates per subject from highest to lowest, based on expected attainment of its candidates within each grade (from A*- E for example for A Levels). This may involve not only multiple teachers if a student has more than one per subject, but potentially also the Head of Subject and, ultimately, the Head of School.

Step 3. The Head of School will confirm the predicted grades and rank orders by subject and syllabus (IGCSE, IAS, IA), and send them to Cambridge International.

Step 4. Cambridge International will carry out a standardisation process, combining past data from the School with other data, and will award final grades.

The standardisation process will use statistical evidence from the historical performance of the School as well as global performance statistics. CIE will use this information to align judgments across schools, so that, as far as possible, students are assessed on the same basis. The standardisation exercise will enable CIE to see whether the distribution of the school’s predicted grades for June 2020 is what the Exam Board would expect the School’s candidates to achieve.

This statistical standardisation process will not change the rank order of students within the School. However, if the distribution of predicted grades is not what the Exam Board would expect to see, then it will adjust candidates’ grades so that the distribution of grades awarded matches CIE’s expectations.

Importantly, the Board has also acknowledged that an Appeal process will need to be put in place.

CIE has stated that they will “make sure every centre has the right to appeal the grades it has been awarded, as part of providing a fair and equitable system.” Full details are not yet available, but the Board has stated that “it is likely to be confined to situations in which [the school/centre has] reason to believe we have made an error in our standardisation process.” This implies that if a student feels that their grade has not been correctly predicted by their school, an appeal is unlikely to be accepted.

Whilst the process for students who were due to sit exams in June 2020 has now been defined, there still remain questions about how Cambridge International AS Level grades from June 2020 will count towards International A Level results when students reach this point in 2021. The Board says that it is working urgently to finalise this policy, but recommends that schools keep these entries. It will be possible for candidates to withdraw as appropriate later, and without charge, once the Board announces its policy.

The announcement also covers the Board’s approach to Private Candidates who will be treated in the same way as school candidates, in that all the grades awarded will be based on evidence. Where Schools/Centres have accepted entries from private candidates, these students should be included if the Head of School/Centre is confident that the Head and their staff have seen sufficient evidence of the student’s achievement to make an objective judgment.

Where a candidate has not been taught at the School/Centre handling their entry, they will need to consider what evidence can be authenticated. Evidence from other education institutions and previous schools may be acceptable. However, CIE recognises that there may not be enough evidence for some private candidates and it is unlikely to be possible to give grades to all private candidates, some of whom may instead need to take exams in the November 2020 exam series.

If Schools/Centres cannot supply a predicted grade for a candidate through lack of evidence, no exam fee will be charged. Private candidates with questions about this process should contact the School/Centre with which they have registered their entry.

CIE has been the first Board to try to address the issue of fees. Although they have not yet confirmed their policy in terms of possible changes, they are due to update Schools and Centres this week.

They have, however, confirmed that they will not charge a fee for any entry for a student who does not receive a grade in cases where a School/Centre cannot give a predicted grade or a place in the rank order. There will be no charges for the June 2020 exams for late entries until 17 April or withdrawals up to 1 May.

Full details of the process provided to schools can be found here.

This article will be update as further information becomes available.