All GCSE and A Level results will be based on teacher assessed grades, and results will be published in early August. With no algorithm, fears have been expressed there will be widespread grade inflation...
Teachers to Decide GCSE, A Level 2021 Results
By Carli Allan 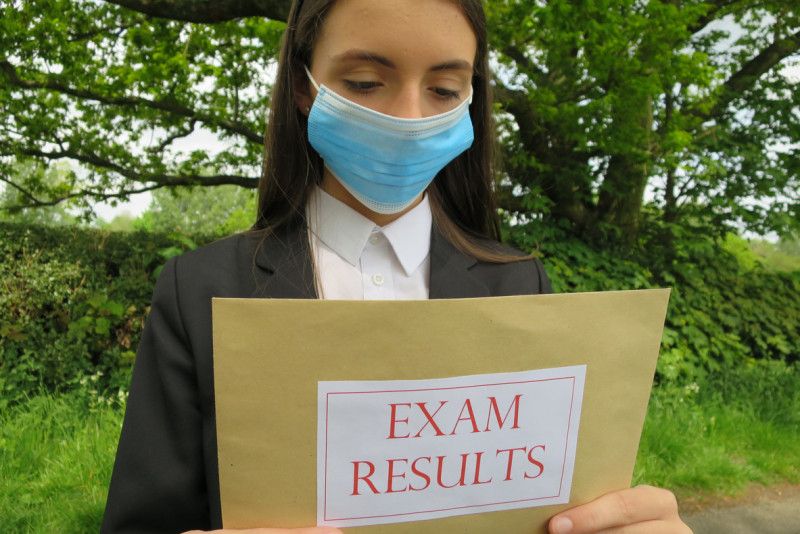 Teacher assessments will be used to issue grades to GCSE & A Level students this summer and results will be published earlier in August. UK education secretary Gavin Williamson has confirmed how, when and why students will receive their results after all exams were cancelled due to school closures this year.

A joint consultation by exam watchdog Ofqual and the Department for Education has outlined the arrangements for this year's exams, which it describes as " the fairest possible system".

"We know how difficult this past year has been for many students, parents, schools and colleges. In normal years, we rely on exams to support students’ progression.

"This year it is teachers’ judgement that will be used to assess what has been learned and determine student grades. Assessment cannot itself serve as an instrument to recover lost learning and compensate for the different experiences students will have had in different parts of the country, and the arrangements being put in place will therefore only take into account what students have been taught, not what they have missed. The aim is to make it no harder overall for this year’s students to receive a particular grade than students in other years."

How will my GCSE and A Level exams be graded?

The government hopes to avoid last year's controversy when students were initially awarded calculated grades based on an algorithm. In a major government U-turn, these grades were withdrawn and all students were issued Centre Assessment Grades (CAGs) based on teacher assessments.

Learning from last year, all exams will be replaced by teacher-assessed grades, which will be based on mock exams, coursework, or other work completed as part of a student’s course, such as essays or in-class tests.

Schools also have the option of using assessments set by exam boards for all subjects. These will not be taken in exam conditions and must only be used use alongside other evidence rather than as a final grade.

Teachers will submit grades to exam boards by June 18 to give as much teaching time as possible before making their assessments. Schools will be given guidance by exam boards by the end of the spring term.

How will BTECs and other vocational qualifications be graded?

Students studying vocational and technical qualifications (VTQs) such as BTECs will also receive teacher assessed grades rather than sitting exams.

Exams and assessments will go ahead where they are "needed for students to demonstrate the necessary professional standard in an occupation".

When will I receive my results?

Students will receive their results slightly earlier this year – and in the same week. Results for A Levels will be announced on August 10, and for GCSEs on August 12. Results for vocational qualifications such as BTECs will announced the week beginning August 9.

These dates are later than the early-July date tabled in the consultation. The question is, will these earlier dates give enough time for any appeals to be completed? The government was heavily criticised last year after delays with appeals meant that students who were reliant on certain grades to achieve their university offer missed out on places.

Can I appeal my grade?

Yes, every student will have the right to appeal their grade.