For students who want to follow in the footsteps of Jonathan Joseph, Chris Robshaw and Elliot Daly, these UK schools have access to some of the best sporting facilities, offer elite training programmes, and top the leagues for competitive rugby.
Top UK Schools for Rugby
By Carli Allan 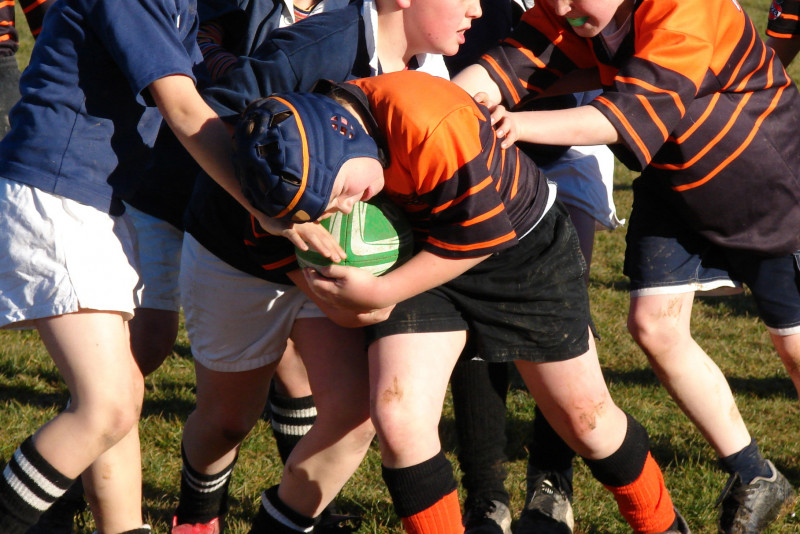 UK independent schools have a global reputation for producing stellar sporting talent – including top class rugby players. A team game with a position for everyone, regardless of their height and size, rugby is a popular sport among boys (and increasingly girls) worldwide.

The UK is historically a rugby-playing nation. As the story goes, the game is said to have originated at a British school – Rugby School in Warwickshire – in 1823 after a student named William Webb Ellis caught the ball and ran with it.

Today, many independent schools continue to teach and play rugby – with all its muddy tackles, drop kicks and scrums – as part of their winter curriculum. As well as hiring trained PE teachers, schools are bringing in professional, certified coaches with international experience to deliver high-level competitive training, and several schools offer a high-performance programme for students pursuing a goal in professional rugby.

Another ingredient in the recipe for a great sporting education is a well-equipped campus – and UK schools have some truly outstanding sports facilities. Walk through many school gates up and down the country and you’ll find outdoor rugby pitches and CrossFit training rooms and gyms for strength training.

Many schools offer students the chance to represent their school at both a local and regional level, playing against students from other independent and state schools in county and inter-school matches The UK’s best young rugby players compete in tournaments such as SOCS Daily Mail Schools Trophy, which is played over the autumn term by the top 90 independent schools in England and Wales, and the National Schools Cup.

A new schools’ rugby tournament will be held for the first time at Pattana in Thailand from December 12-17. The international event, the World Schools Festival, will feature eight top schools from across the world including Millfield, Sedbergh, Cardiff and Vale College and Trinity College from the UK.

If you’re looking for a UK school where your child can join a rugby academy or follow an elite pathway wrapped around their academic studies, WhichSchoolAdvisor rounds up the top schools in the country for rugby below.

St Joseph’s College in Suffolk provides a fantastic education across the board – particularly on the sports field. It offers a wholesome education that is not just about securing the necessary grades to reach university. Students can sit a wide range of traditional, and not so traditional, qualifications, as well as pursue interests in sport, music, drama, art, and engineering.

As the leading independent school for sport in East Anglia, if not beyond, St Jo’s is an excellent choice for students who want to pursue a future in elite rugby or apply to one of the UK’s top universities for sport. It is well-equipped to offer student-athletes the support and facilities needed to reach their potential in academic studies while achieving success in their sport.

This co-ed day and boarding school has a great reputation for sports. It has a team of elite coaches, has academies for netball, rugby, cricket and football, and offers a dedicated sports qualification that sees students go on to Bath, Loughborough and Hartpury universities. It also has an impressive number of students playing at national level.

St Jo’s is one of the UK’s best schools for rugby, known for producing several professionals such as England's Lewis Ludlam. The school hosts an annual National Schools Rugby Festival, one of the most prestigious school rugby tournaments in the UK and attended by some of the country’s top rugby-playing schools including Whitgift and Millfield.

Whitgift is a highly selective day and boarding all-boys school for around 1,500 student, with the choice of IB, A Levels and BTECs at Sixth Form, a large bursary programme, and a reputation for excellence in rugby.

The school has an outstanding reputation for sport, and it has won over 300 national titles across a wide range of sporting activities. Old Whitgiftians include Elliot Daly, who represented England in the recent World Cup Final, and cricketer Jason Roy who was part of the first England team to lift the World Cup.

There are 28 rugby teams across the school ranging from A to F, and Whitgift boys of all sporting ability have opportunities to be coached and compete in fixtures. The school has strong links with local academies including Harlequins, London Irish, Saracens and Wasps, and it plays against other rugby leaders – Sedbergh, Wellington, Harrow, Millfield and Dulwich. In the past 10 years, it has won the National Schools Competitions three times and the U15 Cup twice.

Sports facilities include an indoor Sports and Conference Centre with a 25-metre, swimming pool, a fitness suite, sports hall, squash courts, sports pitches, including an all-weather pitch, a golf driving range, and three tennis courts. Students can apply for one of a small number of scholarships in sport which can offer a reduction of up to 50% of the school fees.

Set in the stunning county of Cumbria, this small and friendly full boarding school is like a breath of fresh air for outdoorsy, sporty students. Sedbergh School is an unpretentious, happy school that is renowned for its pastoral care and sporting excellence.

Its sporting prowess is truly remarkable and the school rugby club is among the strongest in the country. It consistently produces England international players and its legendary brown shirt has been worn by former England Captains and players including Will Carling and Phil Dowson; many Old Sedberghians return to speak to students about the game.

Rugby is the main team sport in the Michaelmas Term, and the school plays regular fixtures against schools such as Wellington, Millfield, Blackrock College, Dublin and Llandovery College, Wales. Sedbergh’s intensive rugby programme focuses on “playing an open and attacking style of rugby, where players are encouraged to keep the ball in hand and develop their attacking skills”.

As you would expect from any UK private school charging just over £15k a year, the facilities at Sedbergh School are impressive. There is Five courts, gym, shooting range, tennis courts, sports courts and fields, a wonderful cricket pitch, and a new sports centre.

Clifton College is a co-ed boarding and day school in Bristol offering a modern, forward-thinking education that encourages students to “aim high and stay grounded”. It has a reputation for delivering high academic achievers, sporting excellence and a unique Jewish programme.

When it comes to sport, the Somerset-based Millfield is almost untouchable; it was the most represented school at the London 2012 Olympics and it had 24 students competing at the 2022 Birmingham Commonwealth Games, where it won 14 medals during the competition. The school has produced the most England international rugby players, with 44 since 1949. This is the school where students train for Olympic Gold, are coached by former Olympians, and have the use of world-class indoor and outdoor facilities on campus.

Students here are offered individual sporting programmes instead of joining timetabled PE lessons, and its unrivalled A-Z offering of sport includes rugby. There is a team of 18 specialist coaches led by Director of Rugby John Mallett, a former England International.

Students can board from Year 3 upwards, it makes sense for students in the rugby programme to board here and have all the facilities they need on their doorstep. Surely it’s easier to roll out of bed on campus to make it for 5.45am training on the pitch?

It should come as no surprise that fees at Millfield are certainly not the cheapest, though. Annual day fees are £28,530 for Years 9 - 13; tuition fees for boarding students are £43,830. The school does give away several million a year in scholarships and bursaries, though, including sports scholarships each year for entry into Years 6, 7, and 8, 9 and lower sixth.

Read our full review of Millfield.