The Best Independent Schools in Surrey

Are you moving to Surrey with your family or is it time to start the search for a school in the home county? WhichSchoolAdvisor.com rounds up some of the leading independent prep and senior schools in Surrey for students of all abilities.
The Best Independent Schools in Surrey
By Carli Allan 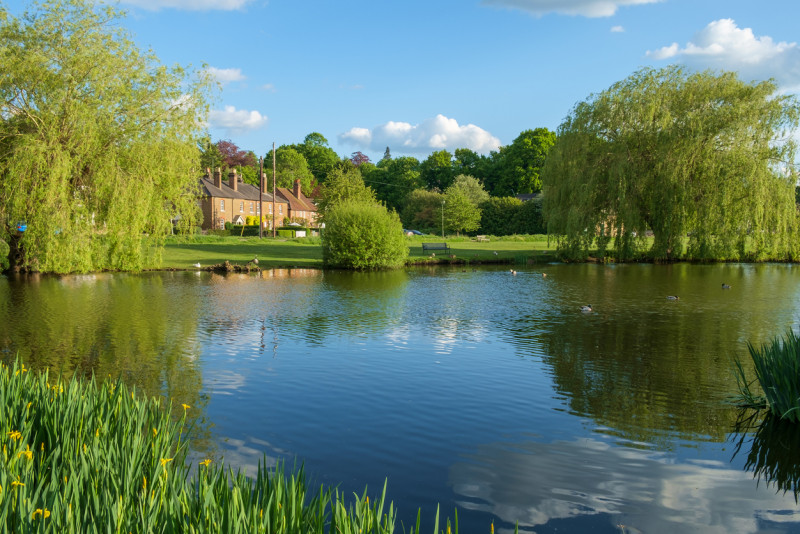 With its excellent transport links to London, leafy landscape, vibrant market towns and picturesque villages, Surrey is one of the UK's most desirable places to live. This south eastern county is home to popular towns including Guildford, Woking, Farnham, Walton on Thames and Dorking – and has a wide choice of excellent state and independent schools.

To help you with your search for a school in Surrey, WhichSchoolAdvisor rounds up some of the best independent schools in Surrey – listed alphabetically – which offer a variety of academic, sporting and creative achievements, exam results, boarding, facilities and pastoral care.

Do you think your school should be added to our list of top independent schools in Surrey? If so, contact us at [email protected]

ACS International School (Cobham) is one of a kind in the UK private schools’ sector. Here’s an all-through, co-ed day and boarding school with an international curriculum that’s rooted in American standards and offers a choice of graduating paths. In line with the education background of many of its students, a predominantly American-based curriculum is brought to the Home Counties, to a desirable corner of Surrey, where ACS Cobham offers the choice of taking the IB Diploma Programme (IBDP) or Advanced Placement (AP) diploma. All students also graduate the school with a US high school diploma, which meets the admission requirements for US colleges and universities.

While expats will find that most private schools welcome students of all nationalities, they may be challenged to find a school with such a worldly nature as ACS Egham School. This non-selective co-ed day school for children aged 3 to 18 years is the only school in England to offer all four International Baccalaureate programmes; it has a truly international student body and faculty, and each student graduates the school with a US high school diploma, which meets the admission requirements for US colleges and universities. Just as you won’t find the UK’s GCSE and A Level qualifications being taught in the classroom, you won’t see many British traditions here either: there are no boarding houses, no traditional dining hall, no homework or ‘prep’ in the lower school, and there is no school uniform.

Well-known for its high academic standards, Aldro School delivers a broad and holistic education to a small community of approximately 180 children. Students go on to top senior independent schools including Charterhouse, Eton, Radley, Wellington and Winchester. It has a stunning rural location in a small village with the advantage of being just 30 miles away from London and close to both Gatwick and Heathrow airports. Aldro was founded in 1898 as an all-boys school, but after 122 years this is changing. It joins the likes of Charterhouse, which is its nearest senior school, to transition to full co-education. Aldro phased in co-education from September 2021, starting with Years 3, 4 & 5; it plans to be fully co-ed by September 2022 and have a girls’ boarding house.

Caterham School is a day and boarding school with a reputation for academic success and innovation in education. Described by parents as welcoming and unstuffy rather than a hothouse, this co-ed school in Surrey has plenty of green open space, impressive sports and drama facilities, and record of academic excellence in both GCSE and A Level exams. Here’s a school that is praised by parents for treating students as individuals not numbers, and focuses on the wide-angled success of its students, not just end of year exam results. This is most evident in its Learning to Learn ethos, which focuses on helping students build skills that allow them to be more self-directed, independent learners. It’s also a forward thinking school that is recognised as a leading school for its application of technology in teaching and learning.

Charterhouse School is one of England’s historic schools and widely considered to be one of the top 10 independent boarding schools in the UK. It has always differed from its all-boy counterparts, particularly Eton and Winchester, in having a mixed gender sixth form and a school ethos which weights academic brilliance on an equal if lesser footing to whole child development. Its fundamental ethos is that academic excellence should not solely be measured by examinations which are only one aspect in the multi-dimensional development needs of the pupils under its care. The school is moving towards becoming a a full co-ed school and there are plans to have girls in every year group from September 2023. The school merged with Edgeborough Prep School in September 2021 to create an all-through co-ed independent day and boarding school.

Located in a charming Surrey village, Cranleigh is a forward thinking prep and senior school with a large boarding community, excellent sporting and design facilities, and a focus on broadening students' horizons beyond academia. It is a happy, all-round school, predominantly local, promoting strong family values. The headmaster since 2014, Martin Reader, is forward thinking and has brought the school firmly into the 21st Century, especially with digital learning. Cranleigh offers GCSEs and A Levels from the ages of 13-18; its prep school offers a broad curriculum that pairs the rigorous syllabuses and breadth of subjects of the Common Entrance exams with the time and facilities for enrichment activities such as music and dance.

One of the most prestigious of progressive English day and boarding schools, Frensham Heights was founded in 1925 on the principle of child-centred learning and engagement with the whole-child at the heart of school life. The school has no school uniform by principle to reflect and inspire diversity, and provides a curriculum directed to meeting the needs of individual children through choice rather than the more rigid exam factory approach of more traditional English independent schools. School life is non-hierarchical: children and staff are on first name terms; there are no prefects, prizes, or awarding of head boy or girl titles; and traditional approaches to discipline, including detentions and punishment, are rejected in favour of discussion and cooperation.

Founded in 1970, Hurtwood House is a private, co-educational, sixth-form only boarding school based around an Edwardian mansion and set in 200 acres of grounds in the Surrey Hills. Dazzling added value academic results, breadth of curriculum, sixth-form only admissions, creative arts focus, and mixed ability selection make it unique in the UK boarding school sector. The school was founded in 1970 by its founding headmaster Richard Jackson, to fill a gap in the “complacent, dull public school tradition” which he saw as bereft of opportunities for the creative child. He deliberately established a sixth-form only school in order to offer pupils a “mature, less childish” environment for nurturing their talents, a better stepping stone between school and university, and a cross between public school and dedicated sixth form college that takes the best from each.

One of the most academically successful schools in the UK, RGS Guildford offers an education that is tailored for boys. This all-boys school for 11 to 18-year-olds combines a traditional, rigorous grammar school ethos with a forward-thinking approach that “prepares young people for the test of life, not a life of tests”. This selective school for 950 students has a tough admissions process that attracts those boys working far above the national average; there’s a competitive, hardworking environment that reaps outstanding results in both GCSE and A Levels – and has seen 325 Oxbridge offers in the last 10 years. But, while there is an unashamedly ambitious and academic ethos here, there is also a commitment to a much broader education.

St Catherine’s, Bramley is in the heart of a Surrey neighbourhood populated with high-achieving private schools for girls and boys. Located in the pretty village of Bramley, close to Guildford, this all-girls, all-through school is close to girls’ schools Guildford High, Tormead and Prior’s Field' the boys-only Royal Grammar School, Guildford; and co-eds Cranleigh School and Charterhouse. This traditional and selective school offers a very solid all-girls education; it has become a popular alternative to London day schools thanks to its proximity to the capital, weekly boarding options, and well-rounded curriculum.

Located in leafy Surrey, this day and boarding secondary school offers a broad, US-based education to a largely American body of students who are encouraged to be open-minded and intellectually curious. TASIS, The American School in England, has 700 students aged 13-18 years and is part of the TASIS Foundation which has schools in England, Switzerland and Puerto Rico. What defines TASIS is “nurturing intellectual curiosity” so that students become lifelong learners. The Head believes in "international mindedness” which celebrates diversity and creates a desire to serve. Developing international mindedness “isn’t just about service to others or community, it’s also about challenging thoughts and ideas.”

Woldingham is a single-sex school with just under 600 girls aged 11 to 18 years, and there’s a 50:50 ratio of day girls to boarders. One of the oldest girls’ schools in the UK, it describes itself as a “pioneer of women’s education”. It has a large international student community, with around 25% of girls coming from overseas (predominantly Hong Kong, China, Nigeria Thailand, Spain and Mexico). The rest are local to the school, and many come from the Home Counties. While Woldingham remains true to its founding roots as a Catholic, all-girls' school it demonstrates a forward-looking vision that sees it challenging stereotypes with its strong focus on STEM subjects; it has also introduced its youngest students to boarding by offering flexi-boarding, and welcomed its first male headteacher in 2020 – Dr James Whitehead.