Teaching Girls The Art Of Negotiation

Teaching Girls The Art Of Negotiation
By C Hoppe 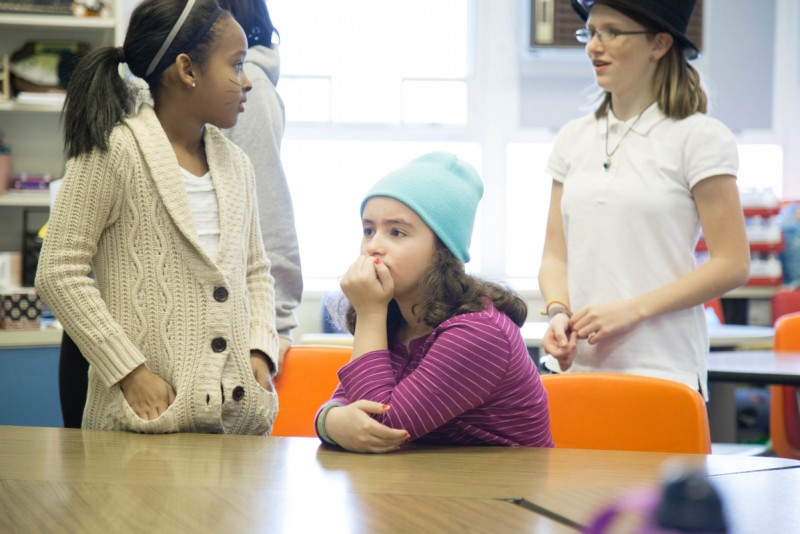 Did you know- women are significantly less likely than men to ask for what they want and/or use negotiation as a tool to actually get it?

The figures aren't pretty, women feel 2.5 times more apprehension than men before they attempt any negotiation. When asked what they most associate the process with- women said the dentist while men responded with success. In the US, men negotiate approximately four times more than women, while 22 percent of women say they don't negotiate at all.

But what does this mean for our girls?

In America, women who don't negotiate their first salary stand to lose around 500,000 USD by the time they reach 60. Figures from 15 years ago show that in the U.S. women held only 2.5 percent of the top jobs and only 10.9 percent of the board of directors' seats at Fortune 1000 companies. Even more depressing is that while women own approximately 40 percent of all American businesses they only receive 2.3 percent of the available equity capital needed for growth, while male-owned companies receive the other 97.7. percent.

How can we teach our girls to negotiate?

According to fastcompany.com, no matter how well we build the confidence of our young girls- by the time they reach the ages of 12 to 14 research has consistently shown that girls 'lose their voice.' According to Linda Hoke-Sinex, PhD, senior lecturer in the department of Psychology and Brain Sciences at Indiana University in Bloomington, Indiana, girls simply, "become reluctant to stand up for them selves."

"It’s important not to criticise girls about their lack of self-confidence, but encourage them to advocate for themselves," says Elizabeth Daniels, Ph.D., assistant professor of psychology at the University of Colorado at Colorado Springs, whose studies focus on gender, media, body image, and positive youth development. This means getting them involved in youth leadership programs, volunteering, school clubs and fund raising groups both through school and/or organisations like the Girl Guides.

Hoke-Sinex is adamant that parents shouldn't shy-away from discussing the challenges facing women either, however, remember to always do this in an age appropriate manner. She notes that when she first discusses with her class, the idea of salary discrepancies between men and women, the young women in her group are initially deflated and despondent, and yet, through class discussion they discover effective ways to tackle the issue.

Young girls are bombarded with messages about what it means to be female, says Erin Rajca, who works with at-risk girls at the Child Development Institute, a mental health agency in Toronto, Ontario. We as parents need to monitor how we behave around girls, stop being critical and subconsciously (or even consciously) gender-stereotyping.

Think about this... what does being a woman mean to YOU?

Are you projecting an expectation of passive, polite, compliant and 'good?'

Or are you encouraging strong, assertive, brave, courageous?

Think about the ways you can encourage and reinforce these attributes through daily life lessons.

Our internal voice is often our very worst critic. It's time to teach our girls to identify and control their inner voice. Rajca suggests discussion with your daughter, "If, for example, when you’re telling yourself that you’re stupid, and I say, ‘If someone you cared about, like your best friend, said they were stupid, what would you do? Would you believe them? Probably not. So, why is it so hard for you to be kind to yourself?" she says.

The earlier women find their negotiation style the more effective they will be at it. Encourage your daughter to think about the elements involved in the negotiation process, her goals and what each party is likely to want from the interaction. Teach techniques- everything from assertiveness through to collaboration so she has an arsenal of skills to help her in practicing her own style of negotiation, no matter what the situation.

Be a Good Role-Model

We live in a region where almost everything is negotiable from the food in the souq to the price of a car, so use it! If girls watch their parents negotiate (especially mums) they will normalise the process and learn from you. Remember though, you need to model good behaviour and decency, or they are simply learning negative techniques.

Although it can go against parenting wisdom, in order to create a strong girl who negotiates well, you need to teach her to question everything. Can't go out late at night, why? No borrowing the car? What's the reason? It's tough, but if you hope to remove the passive and compliant female stereotype you need to teach your daughter to ask, question and then discuss.

At home, try not to get involved in sibling/friend disputes and lett them work it out. When ever possible create situations where you are encouraging them to negotiate with you. Think about chores, bedtimes, activities etc, all are potential situations to learn and hone negotiation skills from the safety of your home.