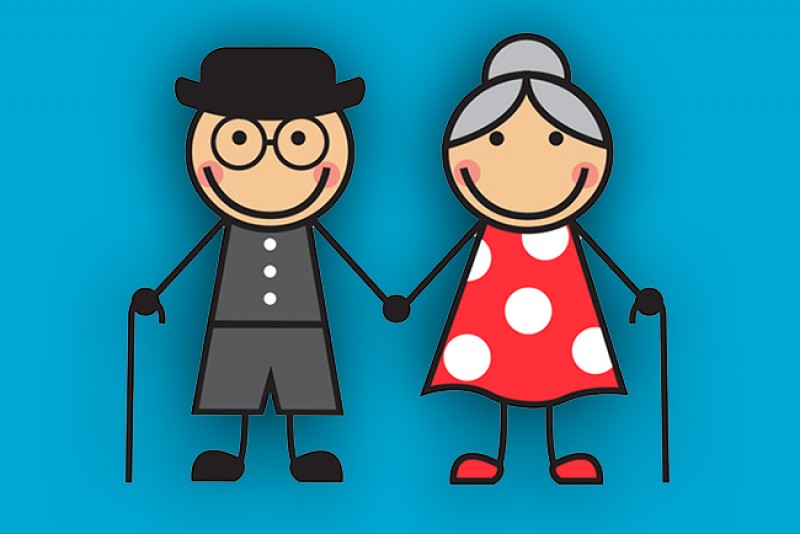 I have to face facts; I am getting on. As I travel around the city, as I meet people at work, in my community, in shops, restaurants and at events, it often slowly and painfully dawns me that I am one of the oldest, if not the oldest, person there.

I have reached the ripe old age of 52.

In this young, thrusting, vibrant, go-getting, fast-paced city, youth holds sway with ambitious, hasty, young things hurrying headlong into the future; there is no doubt this is a young person’s town. This is borne out by statistics showing that less than 6% of the population of Dubai are aged 50 or over (Dubai Statistics Centre) and of these, I would imagine, the vast majority are native Emiratis. My former Deputy who finally retired from Dubai aged 67, used to say that it is common practice, in every field of racehorses, to place a donkey in order to calm the skittish thoroughbreds. It was true in the staffroom and I believe Dubai would also benefit from few more ‘donkeys’.

However, in the holiday season, around December and January, the balance is partially redressed. In malls, communities and schools, the older generation is suddenly much more in evidence. Like migrating birds, they fly in to enjoy the glorious weather and to visit their families. I look forward to the annual influx of our ‘seniors’ for I believe what this country needs, what our families need and most of all, what our children need, are grandparents.

“What children need most are the essentials that grandparents provide in abundance. They give unconditional love, kindness, patience, humor, comfort, and lessons in life”.

I spent a large part of my childhood with my grandparents. My mother and father worked incredibly hard just to make ends meet and my grandparents played a significant part in my upbringing. Looking back, I probably spent as much time with my grandparents as I did with my parents and what’s more, the time spent was probably of a greater quality. Memories such as my grandfather teaching me to fish or my grandmother teaching me to bake are treasured. Alongside this, cozy evenings by the fire taught me the social conventions of the art of conversation as well as a healthy respect for my elders and appreciation of my mother and father. I developed the same sense of humour as my grandfather and an appreciation of the simple things in life.

Sufficiently removed from parental responsibilities, my grandparents became part teachers, part carers but most importantly, friends. As family historians and living ancestors, my grandparents rejoiced in stories of their past - stories about relatives, living through the War, family traditions and their childhood in the 1920’s - so very different to mine. My grandparents also emphasised the importance of education, a lesson I took very much to heart. Through my grandparents, I became aware of my place in the family and formed a positive impression of the elderly. I believe that grandparents, with their experience and their stories are the "glue" that keeps a family together and preserve family identity.

“The bond between children and grandparents is a very special one. We can probably all remember, with gratitude, things we did or learned with a grandparent. Grandparents often provide a loving - and sometimes missing - link of support in their families. Children tend to respond well to a grandparent’s experience and wisdom, and also to the way older relatives tend to be less tense and worried about things than parents seem to be. The value of grandparent-grandchild contact is huge to both parties. And in these very changing times, it is a crucial part of family life”.

As an expat in Dubai, I believe children growing up outside their home country in particular are missing out on positive influence of grandparents.

Grandparents are vital allies providing encouragement, emotional shelter and support to the family each and every day but particularly in times of crisis. Whether as babysitter, chauffeur, confidante, or caregiver, grandparents are always prepared to step in and help. As brilliant and caring as some maids are, they can never replace a grandparent. After all, grandparents are mothers and fathers with lots of practice and through experience; their value is immeasurable. Grandparents help their grandchildren by teaching, sharing skills and talents, providing advice and simply listening. You may not realise the influence grandparents have on their grandchildren until you hear them repeat something they said or imitate something they have done.

As an educator, I need no convincing of the value of grandparents. Here in Dubai where the majority of ex-pat children see very little of their grandparents, the change in children when their grandparents are visiting is marked; you can see the spring in their step and the joy on their faces. Children love spending time with their grandparents, they love showing them their school and introducing them to their friends and in return, grandparents have the time, patience and experience to derive maximum pleasure from such simple events. One thing that getting older teaches you is that time flies. I have often said, and fervently believe, that the greatest thing you can give your children is time. In this busy city, with so much happening, it seems that time is the one commodity we are all short on but that all children need and most grandparents have more of. Grandparents have seen that children become adults oh so quickly and can remember all the little things they did not consider important or could not find time for with their children. Grandparents, given a second chance, are not inclined to miss out again.

The impact of grandparents on grandchildren reaches far beyond emotional well-being. Academically, I have witnessed great improvements in a child’s performance at school when their grandparents are in town. Grandparents speak with enthusiasm of time spent reading books, playing games and sharing interests with their grandchildren. Homework is completed to a much better standard, handwriting is improved, tables are learned, spellings are practiced, the reading is done and bedtime stories, so often forgotten, are enjoyed. I have seen too, the calming influence (the donkey effect) that grandparents can have on the family unit.

Helicopter mothers and fathers are often soothed by the presence of their parents who, perhaps, have a clearer perspective on life.   To me, and to their grandchildren, grandparents are heroes and their presence and influence is very much missed in the ex-pat community. Time spent with children is infinitely more important than money spent on them and to a child, no presents can ever be as exciting as the presence of a grandparent.  On a positive note, there is no excuse for not keeping in touch. Technology gives us the telephone, email, Skype, Facebook and text. Encourage your children to use these to keep in touch with their grandparents; you may be surprised by results.