Life After Exams... So, What To Do Next?

Life after IB is predictably… Purposeless. Don’t get me wrong, I certainly don’t wish to find myself knee deep in essays and internal assessments again, but, I have to admit that there is some degree of truth in quotes about life being uncomfortably silent without stress, writes Mara Westley.
Life After Exams... So, What To Do Next?
By WhichSchoolAdvisor.com 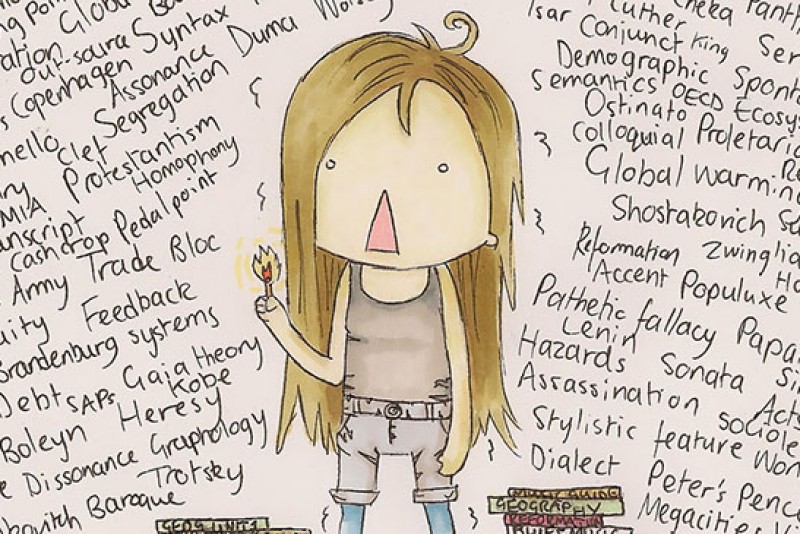 If I had been asked to describe what I expected to be feeling after finishing my final IB exams, my adjective of choice would undoubtedly have been ‘weightless’.

Life post-IB resembled a sort of Promised Land, in which I’d have time to read novels, watch films and fall asleep without the guilt that is felt at the end of every not-quite-so-efficient day of study-leave. As I write this on a sun lounger, with one eye on this month’s Cosmopolitan magazine and the other on the still sea in the horizon, I feel pretty great. I would, however, be lying if I said that I feel the weightlessness I had fantasised about for so long.

In reality, life after IB is predictably… Purposeless. Don’t get me wrong, I certainly don’t wish to find myself knee deep in essays and internal assessments again, but, I have to admit that there is some degree of truth in quotes about life being uncomfortably silent without stress.

One of the selling points of the IB was always that, with its seemingly endless projects, non-negotiable deadlines and diverse nature, it ‘prepared students for the world of work’. Now, as I find myself experiencing what can only be the withdrawal symptoms of IB adrenaline, I’m beginning to realise just how unnatural and even painful the process of slowing down can really be.

Whilst discussing this with my friend, struggling with her own spare time somewhere in the British Virgin Islands, she rather amusingly said she felt “like a retired workaholic in a frenzy to discover her hobbies”. The truth is, after two years of being unable to conceive of being passionate about anything but your university degree, the Extended Essay and CAS, it is rather terrifying to be faced with the prospect of dedicating time to your very own non-IB interests.

If desperately hoping for my suppressed passion for yoga or paragliding to surface hasn’t been enough to leave me feeling like a complete nutcase, the nightmares I began to have on day 3 definitely were. I haven’t been deliberately thinking or not thinking about my failures, but I’m dreaming about them all the same. The first? 32 points overall, with 555 for English, Economics, and Chemistry. I had missed my offer and I was horrified. Completely and utterly horrified. They got more surreal as the nights went on and by the end of last week; I was being quarantined in examination halls for months at a time.

For IB students, May and June are the awkward months during which you go to dinner parties and get asked by all your parents’ friends what you’ll be doing next. ‘Next’ and ‘hopefully’ are the two most used and most hated words in the vocabulary of any Year 13 student caught in the middle of the high school-to-university limbo. Hopefully, my personal statement was good enough, hopefully they’ll invite me to interview, hopefully I’ll get an offer, hopefully I’ll meet my offer, hopefully next I’ll be…

Even the least superstitious students begin to panic about mentioning the name of their university of choice or refuse to fill in student accommodation applications for fear that they’ll ‘jinx’ something. After an entire year of working, waiting and wishing, it's not surprising that so many students, myself included, start to feel impatient and more than a little fed up. All I can say is that, I’m really rather glad I don’t have to convince an admissions officer about my passion to study law right about now because frankly, I don’t think I’d do a very good job with “Forget UCAS, I’m moving to Bondi Beach”.

Without any intention of seeming hypocritical, I can’t urge IB students enough to stay positive and simply stop worrying about the things that they cannot control. Year 13 is undoubtedly the hardest year for students academically but, as I’m discovering, holidaying without any knowledge of what the future holds is as terrifying as it is liberating. I’ll be enjoying the poolside and having my irrational nightmares until the 6th of July when I’ll definitely be able to stop saying ‘hopefully’.

Mara Westley is a former student at Jumeirah College and Cheltenham Ladies College and, at the time of writing, was suffering on holiday in Dubai waiting for her exam results... She is now a Lawyer in London, and wishes she could suffer all summer while on holiday again.