The School of Research Science Review 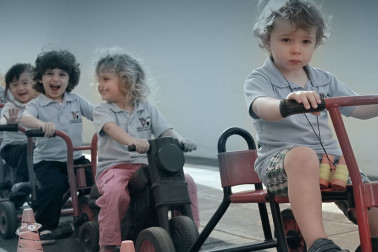 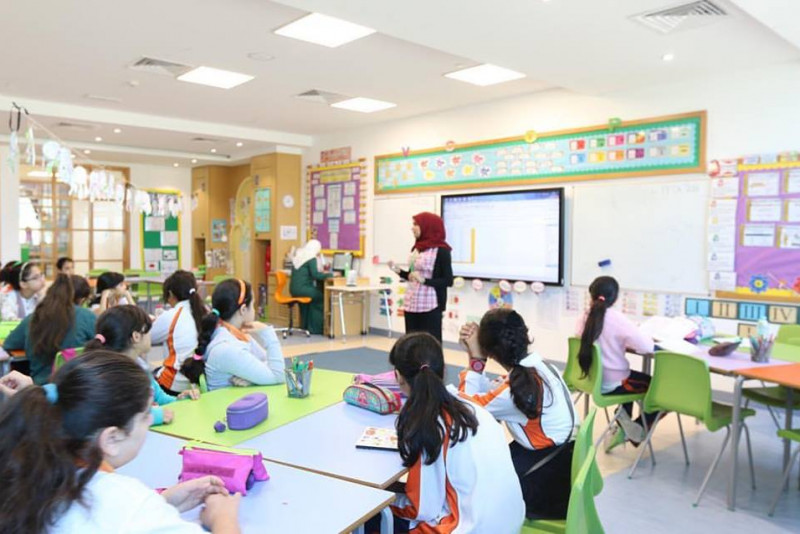 The School of Research Science Review

The School of Research Science is National Curriculum for England school located in Al Warqa 4. The majority of students are Emirati.

Don't be confused by the name, The School of Research Science is not Dubai's answer to MIT, but a Good rated UK curriculum FS- Year 13 school, adapted to local cultures, and with no particular emphasis on science or research. Approximately two-thirds of students are UAE nationals.

The school was founded in 2003, and such has been its popularity, that a move to newer premises was inevitable. In 2014 the school had approximately 2,000 students; today it educates over 3,600 children from FS1 to Year 13.

In the message from the founder, an emphasis is placed on the fact that this is an Arabic/Islamic school - not so much in language or curriculum, but in the roots of those studying at the school. As a result, it "is concerned with preserving the heritage of our culture, its language, its literature, history and especially its Islamic tradition." It aims to shape a "future Islamic generation who will be creative, independent thinkers, able to adapt their knowledge and skills to the changing needs of this technological age."

There are currently 335 teachers, the majority (around 60%) from the UK or Ireland, supported by 92 teaching assistants, delivering an excellent 1:11 teacher:student ratio. This should enable the teachers to focus on individual student needs and to adapt the curriculum accordingly. Almost teachers are appropriately qualified with a Bachelors' degree and post-graduate teaching qualification, together with two years' experience at a minimum.

Are you a parent, teacher or student at The School of Research Science?
Take a survey arrow_forward

There are also some 189 students with additional learning needs who are supported by the staff.

The most recent KHDA inspection for 2017-18 found that some teachers of Arabic and Islamic Studies were not registered with the KHDA - an issue that the school will urgently need to address. Staff seem to be satisfied with their employment, with staff turnover at a respectable 13% in 2017-18 and with zero turnover in the 2018-19 academic year.

Interestingly, a look at the senior leadership team and Board of Governors really shows evidence of that split between a Western focused curriculum, within an Arab and Islamic context. Functional curriculum experts are clearly drawn from the United Kingdom, while the Board of Governors, which will provide the school's direction and context, is largely Arab and UAE based.

While the core curriculum is quite traditionally Western, based on the National Curriculum for England and Wales, it sits alongside an "Islamic ethos", designed to "develop our students into young men and women, proud and understanding of their own culture but conversant and sympathetic to that which is best in Western ideas and culture."

Students take GCSE and IGCSE examinations in secondary school at the end of Year 11. They take GCE A/S level examinations in the post-16 phase at the end of Year 12 which are sufficient to enable local students to obtain an equivalency certificate to enter University in the UAE. Students intending to study outside the UAE, complete a further year in order to obtain the GCE A Level certificates for university entrance.  Only about 70 students are currently in the post-16 phase of school.  The curriculum is taught in both Arabic and English.

According to the inspectors from British Schools' Overseas, who conducted a joint inspection of the new school in 2015, "pupils enjoy an outstanding learning environment. The years of planning of the new campus are reflected in the very high quality and design of the buildings. So much thought has been given to how pupils learn and the facilities which best support high level attainment and progress. In addition, planning is well advanced for additional buildings adjacent to the new school for the early years and the lower years of the primary phase."

Among the specialist facilities provided to students, there are science laboratories, a central library and specialist teaching rooms for art, design technology and information and communication technology. The boys’ and the girls’ sections each have their own prayer room. The learning environment for the early years classes is described by inspectors as "exceptional". Generally, classrooms are large spaces where pupils and teachers can move freely, supporting active learning.  All are provided with interactive white boards, which are used extensively.

The design of the corridors and staircases enable easy access and support the movement of students around the school. This design feature ensures that students never feel crowded and also allows for small breakout groups, including children with special educational needs, to work together in spacious atrium areas. The three canteens serve a range of food, including healthy options. Sporting facilities include sports halls, artificial pitches and games’ areas. The boys’ and girls’ sections each have their own indoor swimming-pool with a third pool for younger children.

To the credit of the school, in the past it has enabled visitors to its website to see the results of students sitting external examinations, so parents who hold academic performance of the school to be important, can judge its success. WhichSchoolAdvisor.com strongly recommends all schools in the UAE to provide such information, which in most countries is freely available.  Unfortunately, more recent exam data has not been made available by the school, although results from 2014-15 do appear in the school's British Schools Overseas report for 2015-16.

What the inspectors say

The school is subject to British Overseas School's inspections for which is was rated largely Good or Outstanding, with an overall rating of Good:

"The quality of education provided by the school is good. The curriculum is outstanding and the standards of teaching and assessment are at least good. Pupils’ spiritual, moral, social and cultural development is outstanding. The welfare, health and safety of the pupils are good and the pastoral care of pupils is outstanding. The premises and accommodation are outstanding in quality. Information for parents is of high quality and easily accessible. The school’s procedures for handling complaints are highly effective. The leadership and management of the school are outstanding..."

The BSO report is valid for three years; it will be interesting to see if a further report is published in 2018.

The KHDA had been rated the school Very Good for the past three years until the latest 2018-19 report.  The KHDA gave the school a fairly positive mark in the 2017-18 report, but noted that there have been some areas of decline over the past year.

Based on the abbreviated report issued by the KHDA in April 2019, it seems that Student Achievement in the Secondary and Sixth Form have been areas of concern. In particular, with the sole exception of English progress in the Sixth Form, every measure for English, Maths and Science has been downgraded.  This includes Learning skills for these students also.

A similar picture is revealed for teaching and assessment, and for the curriculum, with all ratings in Secondary and Sixth Form again downgraded with the exception of Assessment and Curriculum Adaptation in the Secondary school which remain unchanged.  The effectiveness of leadership (which was downgraded in 2017-18) has again been downgraded, together with school self-evaluation and improvement planning, and governance, to a Good rating.  Whether these ratings have been so treated in order to send a strong message about the school's direction follow a failure to improve from a year ago is a moot point.

Whatever the purpose, The School of Research Science clearly needs to take strong steps to address the perceived issues raised by the KHDA inspection team. Overall, many aspects of the school are still rated Outstanding by the KHDA inspectors, and two years ago, WhichSchoolAdvisor.com would have been reasonably confident that The School of Research Science was on its way to an overall Outstanding rating. Clearly, the eye has been take off the ball, and the message from the KHDA is that urgent action is required.

WhichSchoolAdvisor.com has so far limited feedback on The School of Research Science in our School Survey. However, in the limited results we have so far for the school, parents would by and large recommend the school to others. The predominant response to questions over academic performance is partial satisfaction. A similar response is given to questions over the quality of interaction with teachers and school in general, and to disciplinary policies.

Feedback to the KHDA in 2017-18 largely mirrors WSA feedback. Most parents who responded to the survey are positive about the school although, as with students, they present a mixed picture. The least positive responses are regarding: counselling for emotional needs, promotion of community and environmental awareness, and the school not listening to parents.