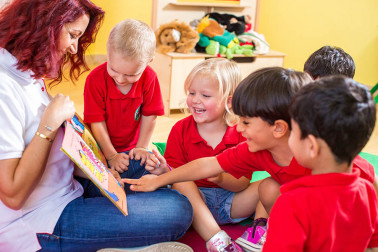 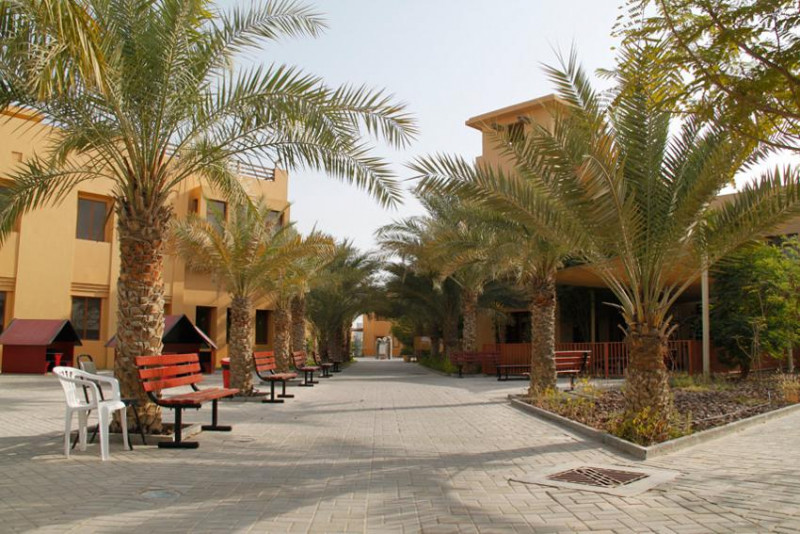 During our tour around the school, pupils and staff looked busy, lively and friendly and appeared to be focused. The atmosphere was fairly noisy and there was a certain degree of disruption as upgrading of some of the departments was taking place during term time. The school appeared to be in some areas a ‘work in progress’ with considerable construction taking place both within and outside the grounds, but this was all completed for the 2017 academic year.

Are you a parent, teacher or student at Raha International School, Gardens, Abu Dhabi?
Take a survey arrow_forward

With an investment of AED 55m, a new specialist building for the Performing Arts, as well as improvements to the current Secondary buildings and sports facilities at the rear of the site were completed The Abu Dhabi Municipality also completed construction of the new car park at the exterior of the school boundary, which includes designated drop-off zones, parent parking, bus drop-off/pick-up and staff parking.

We were able to meet the relatively newly appointed Principal, Mr Iain Colledge, who took over the role in its entirety in August 2016. Mr Colledge is more than qualified for the challenge of Principal, having been in education for a long time. He had previously worked as a school inspector both for OFSTED and ISI in the UK, for the KHDA in Dubai, and more unusually, for several years also worked in the wider business world.

Mr Colledge’s passion for Raha and for education is obvious. He is extremely keen to promote Raha and feels that its qualities have not yet been properly acknowledged, despite their achievement of the ‘Outstanding’ rating in their most recent ADEC inspection – one of only 3 schools in Abu Dhabi to achieve this rating.

Mr. Colledge states that he aims to take the school from “Outstanding to Exceptional” and to create the best school in the UAE. In order to achieve this, he believes that communication is the key. He sees his role as ensuring stability at the school whilst adjusting organizational alignment across all sections of the school and underpinning the basic structure. He is bringing a fresh pair of eyes to a school that has had the same very good leadership in place since its first year, but a school that is clearly growing and evolving quickly. A focus on the academic will clearly be a priority with a determination to see improvement in the school’s IB Diploma results, but this is not the sole area of focus for the school.

There is a Mindfulness programme run by the Head of Learning Support who is managing this as part of her Master’s Degree studies. There is also a huge extracurricular programme and key appointments have been made of an Athletics Director to provide greater focus on competitive sports and a Performing Arts Director who will make full use of the new Performing Arts building, which contains an Auditorium and Black Box theatre and Art, Music and Drama studios, among other facilities.

Additional areas under implementation by Mr. Colledge for introduction are a house system for competitive sport and pupil leadership roles, which he explained were on his rather long ‘To Do’ list. Mr. Colledge also praised not only the pupils, but also the extremely eager parents who contribute and support the establishment.. The Parent Team, whose aim is to build a greater sense of community in the school regularly partake and organise school events and are present in the day-to-day school life. There are also several opportunities for parents to volunteer throughout the school year.

Raha International School, Gardens, Abu Dhabi is a Best of school, a ranking determined by parent surveys on the site. It can be found in the following Best of rankings: