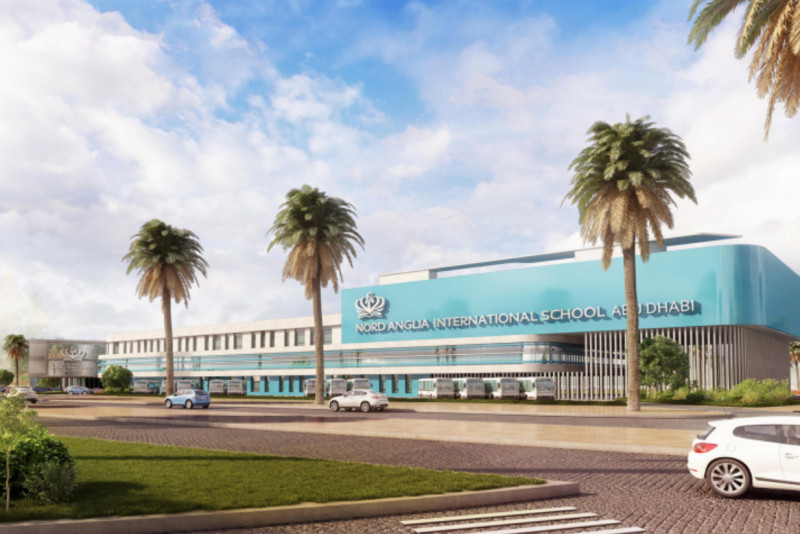 Nord Anglia International School Abu Dhabi becomes the seventh school in the Middle East and the third in the UAE to be opened by the international school group.

The new school will initially open from FS1 (3+ years of age) to Year 9 (15+), adding Year 10 through organic growth and Year 12 (Lower Sixth Form) in August 2024.  The school will be fully open across all year groups in August 2025, with its first cohort of A Level students graduating in July 2026.

According to Nord Anglia, the school's educational offering will be based on its Six core educational pillars:

The school will be led by Jonathan Cuff, a former educational inspector in the UK, who has joined NAS Abu Dhabi from Nord Anglia’s prestigious d’Overbroeck Secondary and Sixth Form Schools in Oxfordshire, England.

NAS Abu Dhabi will follow the National Curriculum for England, offering the Early Years Foundation Stage for its youngest students, leading  to IGCSE for those in Years 10 and 11, followed by AS and A level examinations in Years 12 and 13.   The school does not currently plan to offer the International Baccalaureate Diploma Programme (IB Diploma), despite this being the school leaving qualification at sister school BISAD.  NAS Dubai, whilst originally offering the IB Diploma only, subsequently introduced A Levels also, based on demand from parents and students.  It will be interesting to see whether the Abu Dhabi school later goes down this two stream route.

According to the school “At the forefront of this experience will be educational technology, as “the key to building the leaders of tomorrow”, as well as a personalised approach to learning to empower students to “map out their own academic journey from early years”.

Are you a parent, teacher or student at Nord Anglia International School Abu Dhabi?
Take a survey arrow_forward

The Nord Anglia schools are known for their broad curriculum offering in both technology and performing arts, including their associations with the Massachusetts Institute of Technology (MIT) and the Juilliard School of Performing Arts.

Parents can expect to find a broad range of sports activities (Mr. Cuff is a keen sportsman and believes sports to be particularly important in developing team building skills), together with a range of extra-curricular activities.

What about academic achievement?

With the Nord Anglia group known for their schools' academic focus, NAS Abu Dhabi says:
“Guided by outstanding British and international teachers, your child will get exceptional academic results that open doors to higher education across the globe. One in two Nord Anglia students go on to study at one of the world's top 100 universities, including Cambridge, Stanford, and Imperial College London.”

Certainly, the Dubai school has been among the top performing schools for both IB Diploma and A Level results, although the impact of the Covid 19 pandemic affected its outcomes, together with all other UAE schools. By the time the first cohorts of IGCSE and AS/A Level students complete their examinations, normality will have returned fully to the process, enabling comparisons with pre-pandemic achievements to take place.

You will find details of results for IB Diploma and A Levels in 2022 by following the links.

What about the facilities?

Set on a site of over 44,000 square meters, the new, purpose-built campus will provide state-of-the-art facilities.

With a recognised name in the UAE, Nord Anglia can reasonably expect that there will be demand for their new school.  Clearly, they have determined that a UK curriculum school is more likely to succeed (and to build on their known strengths) than the originally planned US curriculum operation.

However, their location on Reem Island puts them in close proximity to several other highly regarded international schools including Repton Abu Dhabi, whose main campus (from Year 2 to Year 13) opened in 2018 and is already rated Outstanding by ADEK. Very Good rated GEMS World Academy Abu Dhabi relocated its campus in 2021 and started its expansion to Grade 12 when it will become one of only two full IB curriculum schools in the capital.

What about the fees?

School fees in Abu Dhabi are generally lower than those of Dubai, and we would therefore anticipate that a similar fee level to Repton Abu Dhabi is likely.

Whatever the final outcome, they will be at the premium level.