Should school hours change to ease traffic on the UAE's busy roads, should they change for other reasons - such as to benefit children by better syncing with sleeping patterns. We asked the UAE's parents their thoughts...
Results! Poll - Should School Hours Change?
By WhichSchoolAdvisor.com 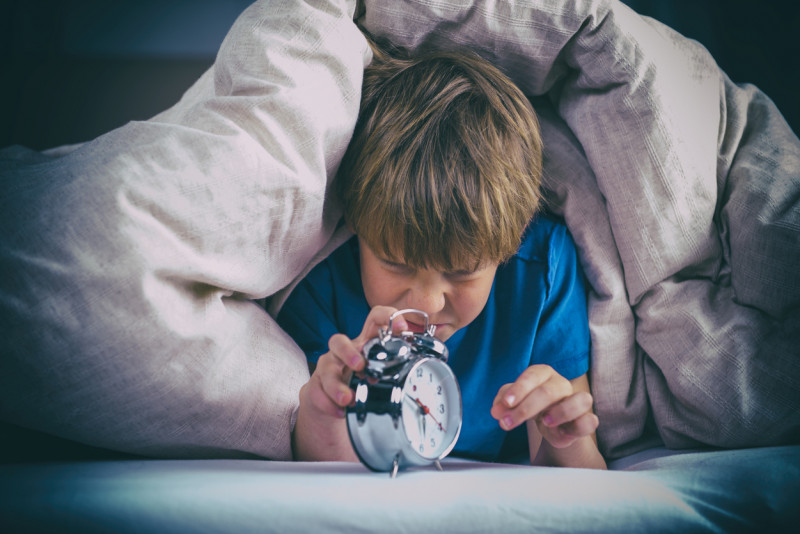 Should school starting hours change? It's a question that is often raised in the UAE and usually invites heated opinion from all parties including the schools and the traffic authorities. But what do parents think? That is the question WhichSchoolAdvisor.com set out to answer as we conducted an online survey over two weeks. The answer that we received from 210 respondents is that parents are split right down the middle - half voted for change, half for the status quo.

In total, 49% said the hours should change with 51% saying they should remain as they are. Given the statistical margins here, that's pretty much a split down the middle.

So the message is simple - change or don't change school hours and you'll be upsetting one out of two families.

Anyone who has tasted Dubai's roads during peak rush hours, especially if there has been an accident, will appreciate the reason for the question.

However, as far as WhichSchoolAdvisor.com is concerned, traffic, although a reasonable concern, should not be the primary reason to change school hours. Moreover, those whose voices should hold most weight are those whom the issue affects most directly - parents and the children themselves.

As well as asking parents whether school hours should be changed we also asked for the optimal start time of the school day. The largest grouping centered on 8 am - the start time now for many schools - with just over 30% of the vote. The second highest vote was for 7:30 am, followed by an even heat of 8:30 am and 9 am.

Given that peak traffic hours in Dubai run from 7 to 9:30 am, with 8 am to 9 am peak within peak hours, one thing the poll does show is that traffic is not the prime consideration of parents in the emirate. Only 3% of respondents voted for a 10 am start, and just 11% for 7 am or earlier. UAE parents have more worries than traffic - most notably how to get their children to school, and get to work in a timely manner.

Not surprisingly, parents are also more likely to consider the effect of changing school hours on children themselves.

Changing school hours has been shown to affect the mood, and abilities, of children. Of course, anyone who has a grumpy, sleepy teenager needs no report to know that...

Doing it for the kids

An increasing number of studies in various parts of the world, particularly in the U.S. show that a change in the start time of the school day can make a positive change in the lives of students. Benefits come with a late start for children in teen years, when changes to the body affect sleeping patterns.

Research indicates that adolescents need about 8.5 to 9.5 hours of sleep a night, which with the pressures of family, and private life, and increasing demands of homework, few actually get. Starting school later means more sleep. It is also closer to when biological clocks are ready for learning.

Changing the start of the school day from 7:15 AM to 8:40 AM or from 7:25 AM to 8:30 AM in Minnesota for example resulted in better attendance and less health issues. Students were able to get more homework done during the day because of increased alertness and efficiency. In Massachusetts students at a school with a 8:37 AM start time slept about one hour more, had less difficulty staying awake in school, and had better grades than students at a school with a 7:15 AM start time. Finally, a study at a Rhode Island high school showed shifting the start time from 8:00 AM to 8:30 AM increased the number of students getting 8 hours of sleep a night from 16% to 55%, improved attendance, resulted in fewer visits by students to the health center and improved the mood of students.

Were hours to be changed therefore, there is some evidence of better performance, and general levels of happiness, with later starts. However, the UAE is a desert city, and what none of these studies show is the affect of starting later as the mercury hits 40 degrees Celsius plus.

One final question WhichSchoolAdvisor.com asked parents was whether pick up and drop off was well handled at their school.

Entrances to and exits from some schools on busy roads have been a potential cause of accidents with children being dropped off and picked up from main roads during peak traffic hours.

In total 5% of respondents described the arrangements of the school as potentially hazardous. While that may not sound like a very high figure there are currently 221,000 students attending KHDA rated schools in Dubai alone. Five percent of that figure is 11,000 children potentially at risk in the emirate - every day. Another 67% said schools did an okay job of getting children into school safely, but could do better.

Clearly any move to improve safety has to be welcomed.

The Roads Transport Authority already conducts sessions with schools and pupils on safety, while the KHDA in May this year stated how well school transportation is handled would be part of its rating of a school - although we have not yet seen any specific mention of transport arrangements in a KHDA report.

While it may sound radical to change school hours as a result of pick up and drop off arrangements, some schools are simply badly positioned with poor access points to the school. In these cases at least changing school hours may actually be the only solution to their specific problems.

That does not mean however that ALL schools should start later.

The question of school hours and whether they should be changed will continue to be debated. It will become increasingly urgent should Dubai's growth begin to return to 2007/8 levels, and the (rapidly improving) infrastructure fail to keep up with demand.

Were the KHDA and RTA to change school hours in the UAE what is clear is that it does impact the lives of those involved - and 100,000 families plus is no small number. Schools (which are likely to need to extend the school day to provide more out of school hours cover), parents and children themselves would need time to assess and plan on how to implement the changes. Transport to and from the school is also likely to need to be reassessed.

The survey also shows any change, for whatever good reason, is unlikely to be popular. A staged approach therefore where improvements can be measured and communicated is likely to deliver the path of least resistance.