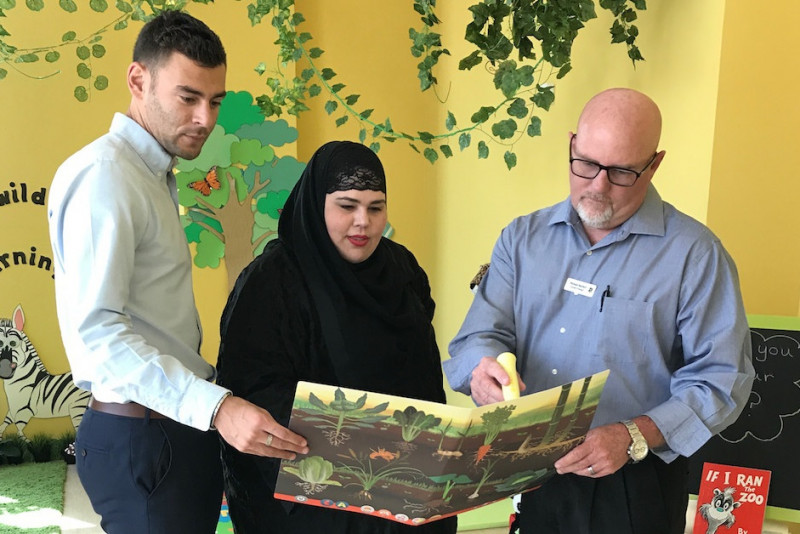 Checking out a new school isn't all that easy. There is no KHDA or ADEC report, no feedback from other parents or online discussion. Apart from taking a school tour, the best way to understand what will be happening, the ethos and activities, is to speak to the founding principal.

He or she has usually been involved long before the building is complete and the resources ordered. The founding principal, decides the ethos, the staffing and the priorities and direction the school will take...

Here we talk to the head of the first American curriculum school opening up in Nad Al Sheba; the founding principal of The Rising School, Michael S Bartlett.

Firstly, tell us a little bit about you?
I’ve had 20 years of experience in Education as a 2nd career.  I’ve started my career as just a Chemistry and Physics Teacher in American Curriculum and Advanced Placement Curriculum, moving through as Head of Department of Science, Academic Coordinator, Assistant Principal, and most recently an Executive Principal.

I’ve spent the past six years in the Middle East in administration roles and I’ve spent the past two years as the Executive Principal of an American Curriculum school in Sharjah.  The majority of those were Emirati students.  We transitioned the school’s Ministry of Education Arabic Curriculum school into a 100% American Curriculum including adding an SEN program, data and tracking of those students, and focused learning of English language toward graduation.

What do you think will make your school unique?
Rising School Dubai is in a location of Dubai where American Curriculum schools are non-existent. There are a lot British curriculum, IB curriculum, and Indian curriculum schools, but no US option. It is not just that though, we are enriching the school with a multitude of added pieces including full music and art programs, Lego Education, National Geographic as well as partnering with quality transportation and uniform companies.  We are also partnering with extracurricular companies to supply further offerings for our students.

What was it that initially attracted you to the school?
The ownership group is structured with a majority of academics and retired professors.  They are as big on educating children as the overall education when those kids finish their schooling.  They are big proponents of preparing students from the Middle East be to able and ready to attend university in the US or other Western-style countries.

When did you come on board and what has your role been in the pre-launch?
I became a consultant with the school on finalizing the Academic Plan. Once this was approved, the ownership group asked me to become the Founding Executive Principal and requested permission to put my name forward to the KHDA.  I was lucky enough to be approved and we haven’t looked back since.

What would you like to see happen in the course of your first year as founding-principal
Our goal is to focus on the small things each day.  As I’ve recruited my staff, part of the interview focused on doing the small things. Then the big things will happen accordingly.  Yes, we want to recruit 200 students in the first year; yes, we want to meet our numbers of 20-22 students per class, but we don’t want that to dictate any of our decisions ahead of meeting the needs of our children.

What do you predict to be the biggest hurdles for you and your school over the next year?
Definitely growing pains - we are in a new building with all new staff with all new students.  We will be building the school culture each day.