Newlands head: Staff "must... work their socks off"

WhichSchoolAdvisor.com meets Jane Whitby, founding principal of UK curriculum Newland's School, to find out what makes her tick, and what parents can expect from the new school.
Newlands head: Staff "must... work their socks off"
By C Hoppe 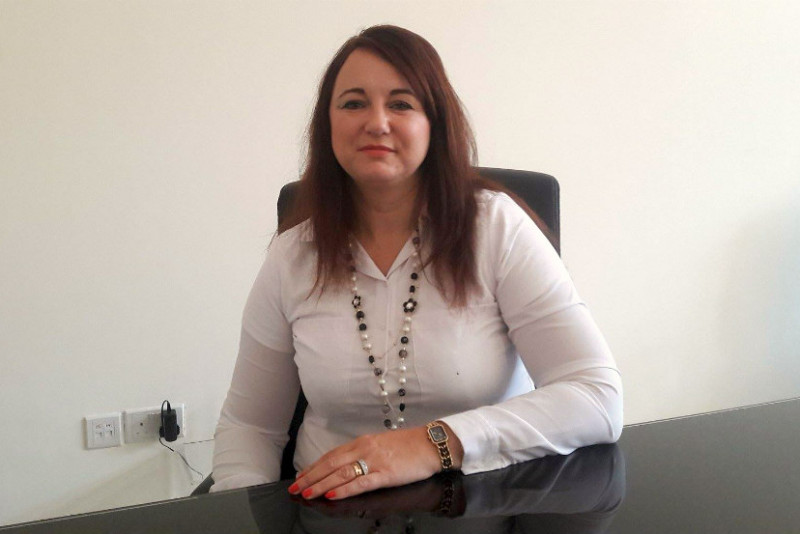 It takes a special kind of person to be a founding principal. The set-up of a school is demanding, stressful and yet can also be highly rewarding, when it’s done correctly.

WhichSchoolAdvisor.com met Jane Whitby, Newlands school’s recently appointed founding principal, to learn not only a little bit more about the woman herself, but her intentions for the Al Warqaa based highly affordable school.

Whitby is not new to the business of opening new schools; she was founding principal at ELM International School in Alexandria, Egypt which opened three years ago.

This was a position she took by her own admission, “a week before the school was due to open… we had no teachers, no materials, no curriculum and no furniture… but I had kids.”

While Newlands is also launching ‘late,’ (around three months before the school officially opens its doors), the Dubai school is a very different proposition.

Already constructed, save for some additional facilities currently being added, including a swimming pool, multi-purpose hall and canteen, the school is also backed by experienced school developer and owner Nasreen Kasuri. According to Whitby, it’s well funded and resourced and now of course, has Whitby herself who arrives with experience in launching and running an all-through UK curriculum school in the Middle East.

What can parents expect from Whitby and Newlands?

Happiness, entrepreneurialism, a strong focus on Arabic and a drive for outstanding results are what’s planned, according to Whitby.

“Not just because that’s what the KHDA want, but because it’s just the right thing to do,” she says.

“I started my teaching career as a Fast Track teacher in the UK… 500 teachers were chosen by the British Government for this program to enable teachers to be trained to be excellent head teachers in the UK over a seven-year process,” she says.

The programme she says, gave her accelerated experience of approximately 30 different UK schools all with differing ratings, management styles and ethos.

In 2011 she left for Egypt and a deputy headship at the International British School of Alexandria.

Arriving in Egypt on the eve of the revolution, some might say was not an auspicious start, however for Whitby it just meant rolling up her sleeves and getting stuck in.

After three years she moved on to launch ELM International an all-through British school utilising the International Primary Curriculum (IPC).

She says of ELM, “we created a phenomenally happy school, which I know when people hear me talking about happy schools, they think it’s because I’m in Dubai…it’s not… I made a determined effort to create a happy school.”

“That is a tremendous thing and I believe it happens by design.”

Although it was tough to launch, Whitby says of ELM, “within two years, we created a happy school with achievement standards at or above UK standards.”

“It’s about developing the whole child, making sure they developed internally, that they had an internal assessment mechanism, about values, that their voice was heard that the parents were involved, that the teachers really happy and well looked after.”

“We created an amazing… community school, out of nothing...”

But what ‘ethos’ will Whitby bring with her to Newlands?

“The personality of the school will be orderly,” she says, “with people having respect for themselves with children and teachers behaving in an appropriate way for a high standard education environment.”

“Newlands will be very inclusive…they will learn to use their voice in a powerful way… because it’s our responsibility to give the children our best.”

British curriculum, with a twist

The International Primary Curriculum (IPC) has a growing legion of fans around the globe and now boasts over 1,600 schools in 92 countries utilising the programme.

The aim of the programme is to bring elements similar to those of the IB PYP into the British curriculum.

The programme offers a comprehensive, thematic, creative curriculum for 5-12 year olds, with a clear process of learning and with specific learning goals for every subject, for international mindedness and for personal learning.

“It [the IPC] has good and bad, and what I’ve seen having worked in loads of schools… the IPC has taken the best bits from everywhere.”

While Newlands won’t actually be using the IPC programme, Whitby does say, “we will be taking the best practice from the IPC and applying it here.”

“Especially children getting engaged in assessment and learning,” she says. “Looking at what they want to learn as part of the unit.”

The school will launch with one class per year and start with FS1 to Year 6. But Whitby notes, “we’ll open with one form entry and if we get to many, we’ll just add on [classes], … we’ll make it happen if it needs to happen.”

“We’re late in the day for recruitment,” she says, before noting that the school expects to complete the recruitment process later this week.

Staffing can’t have been easy, given Whitby’s wishlist. She says in addition to being qualified and experienced, her priorities were, “one: they must have excellent English.

Two: they must be ready to work their socks off for the children who come to this school.

Three: they must be able and willing to learn hard and teach hard using the most modern strategies and four: they must be very exuberant… you know; full of life…”

“I’ve got an amazing Arabic teacher coming over from Egypt. His standard of Arabic is just phenomenal, the methods of teaching… total personalised learning within the class… I’ve had to work quite hard on convincing him [to move to Dubai] to be honest.”

Mrs. Nasreen Kasuri, the Founder and Chairperson for Newlands School is no amateur in the education sector. What began as a small nursery school in Pakistan, has today become the largest school group in the world, Beaconhouse.

“The budget we have to equip this school is amazing… the owners do understand the cost of a school, so they have got a very good budget for PE, for proper staffing, proper technology, proper music teachers… all of the really good stuff you are getting in the really high fee paying schools…the money is there to do it all,” says Whitby.

Whitby’s parting words are for parents to “not be deceived by the school's low cost. Parents will get exactly the same as they would if their child was in a high fee paying school.”

For those wishing to know more, Newlands School will be hosting an Open Day on 19 June. Interested parents can book an appointment online via the school website.