Mishal Faraz takes on the latest action in the SchoolsCompared.com and WhichSchoolAdvisor.com Write a Novel Challenge. Spoiler alert - she's not always impressed!
Write A Novel, The Review - Chapters 63-66
By Jenny Mollon 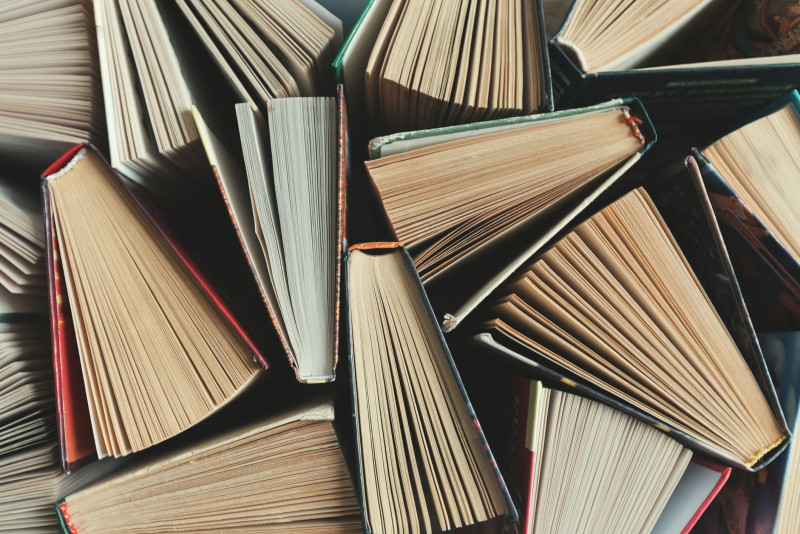 Last week concluded with Archie’s untimely death which is followed by an elaborate memorial service at his parents’ place. Just as Neina was wrapping her eulogy, the door bell rings and Archie’s mother Jessica informs Neina that someone who calls herself the queen is at the door to see her. Let’s take it from there.

[Editor's note - Mishal herself was the author of Chapter 63].

When Chapter 63 begins we see Neina walking up to the door to find Queen Orla standing there. Neina defiantly tells the Queen that she (the Queen) has already done the worst possible harm to her and that she’s not afraid of her anymore. What comes next is something that Neina didn’t expect. The Queen expresses her regrets about Archie’s fate...

“I never intended him to be involved in all this and follow you to the Mors World. Not everyone can withstand the searing effect of this journey. You can. That’s why you are the chosen one. The child of destiny. The one who will fulfil the prophecy...”

She tells Neina that to really understand what is going on, they must travel to the Mors World. Neina is sceptical at first but gives in eventually because she knows that she doesn’t really have a choice. Once in Mors World, the Queen holds Neina’s hand and as she does, Neina’s body and soul feel rejuvenated and the Queen says:

“You’re special, Neina. The magnitude of energy that just passed through your veins would have killed another being. But see how it nourishes you”

But the greatest astonishment waiting for Neina in the Mors World is the Prophesy Tower itself, standing before her eyes in all its glory, just like she had envisioned it and designed it. Neina is bewildered and wonders if the Queen is playing mind games with her. The Queen, with sincerity in her eyes, tells her that it is indeed the Prophecy Tower.
The Queen tells Neina that they are both dwellers of different worlds within a huge multiverse. The Prophesy Tower is the nerve center of their universe.

“ Many decades ago it suffered a malfunction and fired up a massive spark which opened what you call a wormhole. So theoretically speaking, it is like a tunnel which connects two places - in this case your universe and ours are at the moment connected. But it is imperative that this wormhole closes for the safety of your universe dwellers and the safety of ours.”

This wormhole needs to be closed within two days on both sides. The Queen will close it in the Mors World and Neina is the chosen one to close it on Earth. If that doesn’t happen, it will disrupt the space-time continuum and consequently the multiverse will be annihilated. The Queen adds that they have kept a watch on Neina since she was a child and convinces her of her special abilities.

The Queen reminds Neina that she was destined to duplicate the Prophecy Tower and for the very purpose of reaching the exact location of closure of the wormhole, Neina had designed tunnels and a glass borehole in the foundation of the Prophesy Tower in London.

Chapter 64 has been written by Sabaa Rashid, Year 8, of Sharjah English School. When the chapter opens, Neina and the Queen are back in the library in Archie’s parents’ home.

Neina is still trying to process all the information that Queen Orla has revealed to her. Her mind is in a state of unrest thinking that if she is the chosen one to fulfil the prophecy, has her entire existence been a sham? She treasured her friendship with Charlotte but she turned out to be a chaperone planted in her life by Queen Orla; she considered the Prophesy Tower as her life’s greatest work and now it turned out that she was merely duplicating the Prophesy Tower which already stood in the Mors World because she was the “chosen one”.

“The immense sense of pride in her abilities Neina had once felt, now left a gaping hole in her chest as she struggled to contemplate the pressing implications of what Queen Orla had just disclosed.”

As the mental debate goes on, she finally comes to a very crucial realization:

“She could take some solace from believing that her skills were not a product of her being the chosen one but, rather, that she had been chosen for her skills. For her values and ability to resist the twisted nature of the Mors. For her integrity and sincerity towards those she was close to.”

Sabaa has done a wonderful job by very effectively delving in to Neina’s mind and making her find that fine balance between knowing that she is a chosen one to protect the world from a disastrous fate and the fact that if she’s the chosen one, it doesn’t take away any of her skills or achievements, rather she was chosen because she was special.

Neina and the Queen decide to go to Neina’s office so that they can get the design plans for the Prophesy Tower which will give them a detailed idea of the tunnels running through the foundation. Once they reach the office, Neina reaches out to a hidden drawer to retrieve the plans and, to her shock, discovers that they are missing.

Chapter 65 has been written by Sreya Gupta, of British School Al Khubairat.
When the last chapter ended, the design plans were missing, Now where could they be? Neina hears a “snide yet strained chuckle” behind her. At this point, I had a sense of foreboding as to what is to come but was hoping against hope that I would be wrong but lo and behold, there was Isla!

“Isla cocked her blonde head back, her cunning eyes skimming the room. With deliberate confidence, Isla strutted towards Neina, lips painted into a catlike sneer. She tightened her free hand around Neina’s wrist, nails digging into smooth, unblemished ebony skin”.

What unfolds is less an interstellar turn and more a chapter out of “Means Girls”. We see Isla “purring”, cliched threats to Neina with “her eyes drilling holes into Neina’s forehead”.

For the remainder of the chapter Isla tries to convince Neina that it is Queen Orla who is using her to be able to hold on to her throne. That’s really the key take away from this chapter, aside perhaps the confirmation of the knowledge that Isla's ranting is world class.

Chapter 66, written by Lesath Samarakone, Grade 10, of Sheffield Private School is one long chapter. It has more than 2700 words (yes, I ran a word count). It has some of the most disturbing images for which it has been given an 18+ rating by SchoolsCompared.com.

Let us make an attempt to comprehend what happened in this chapter. Neina lunges to grab the blueprints and so does Isla. But as they fall back down, they do not hit the ground...
“They just fall. And kept falling. Falling towards white. Towards nothing.”

Readers who have followed every single chapter of this novel will remember how much of a norm these bottomless falls were for Neina in the initial chapters. We got a break from them for a while but here is brand new one!

“Looking up, Neina saw splotches of white paint coalescing with the muted colours of life, each mixing together to blend the very borders of reality and insanity.”

“Blend the very borders of reality and insanity”. I couldn’t have found better words to describe how I felt during this chapter.

Out of nowhere, we see Janus appearing and Janus and Neina have a conversation which would put all existentialists to shame. Here it is-

Neina to Janus: “I am gifted. I have the gift of seeing the death of everyone I love, or at this point, loved”
Janus’s reply: “Everyone possesses that ability. No, you have the ability to go from loved to love, and much more.”

The chapter has a fair bit of misinformation about the plot. Here are some glaring inconsistencies-

• Janus tells Neina that Isla’s mother is alive, and Queen Orla derives her power from her! He goes on to tell that Orla’s purpose is to absorb the “power” of Neina, Charlotte and Isla. Question: Why didn’t she do that in the past when she had ample opportunities?

• After imparting this wisdom Janus disappears and Isla is back in the office. She grabs the plans and along with Isla, enters the Mors world. This doesn’t add up because Neina does not possess the power to herself initiate a transition to the Mors World.

• Neina asks Isla where her mother was. She goes on to say that Isla killed her ( Neina’s) mother. Another inconsistency. Isla had nothing to do with the death of Neina’s mother.

• Neina, without any concrete proof, informs Isla that her mother is alive. We see Neina reminiscing about Isla’s mother even though she has never met Isla’s mother!

Isla breaks down in front of Neina talking about her mother. Neina reassures her that her mother is alive, and Isla, very conveniently, figures out that she has got to be in the dungeons. What follows is a journey to the dungeons. (Grotesque description alert here!) Once in the dungeon, they find Isla’s mother in an emaciated state.

The Chapter ends with Isla asking Neina to kill her mother.

This chapter has derailed the plot to a large extent. Isla’s mother was never an important character in the novel and now to place her at the core of the plot is an anticlimax which could leave the readers dissatisfied. Considering the fact that our novel is almost at its conclusion, I sincerely hope the future authors will rise up to the challenge. What we need right now is FORWARD MOVING ACTION, not bringing back ghosts of the past at the pretext of tying up loose ends.

I optimistically look forward to a conclusion which will be a testimony of what the collective intellect of our generation is capable of.  Let it be thought provoking, inspiring and positive!