Exciting week, exciting writing! That’s what Week 12 of the “Write a Novel Challenge” by WhichSchoolAdvisor and SchoolsCompared.com has been all about...
Write A Novel, The Review, Chapters 54-58
By Jenny Mollon 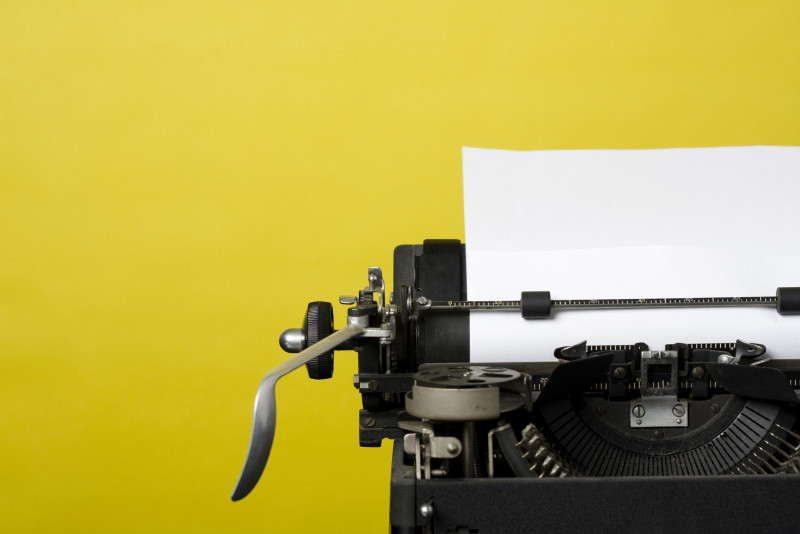 We wrapped up week 11 of the SchoolsCompared.com and WhichSchoolAdvisor.com Write A Novel Challenge with Neina, Archie and Isla on a run from Queen Orla and then finding themselves surrounded by Charlotte, Ryder and Frankie who are disguised as guards. Friends or foes? That was the question that lingered in our minds when chapter 53 concluded. Well, we have our answer now. Let’s get right into the action!

Mahra Almesaybeh, Year 11, of British International School Abu Dhabi has penned down Chapter 54 and gave us a fantastic start to week 12!

Neina’s mind is in a state of absolute confusion. First the appearance of Archie and now Charlotte, Ryder and Frankie standing before her. It’s all too much for her mind to decode and understand. The silver lining is that that the three have indeed arrived as friends and allies. Nonetheless, Neina ruefully thinks:

"This shouldn’t make sense, but then again, nothing ever did anymore.”

This sentence effectively sums up the predicament that Neina’s life has become lately. She steals a glance at Charlotte who looks exhausted, the usual sparkle gone from her eyes. The sparkle may be missing but there’s something else that has replaced it: resolve and focus. Charlotte is clearly in charge of the current situation as she tells everyone to move fast so that they can reach a safe hideout before sundown, somewhere where the Queen’s dragon scouts cannot find them.

Throughout the journey, Isla remains withdrawn and quiet and has to be dragged along by Neina, their arms entwined. Everyone follows Charlotte’s lead and they finally reach their safe refuge. Charlotte tells them they are now beyond the Queen’s reach. But Neina is unconvinced:

“As reassuring as it sounded, Neina trusted her instincts which screamed at her that they were far from safe. She would never again allow herself to be taken in by the duplicity of this world and its capacity to disarm. It now allowed her to see through the sham of this world and made her powerful in ways unimaginable in her past life. The Mors World had changed her.”

Neina’s thoughts are interrupted by Isla’s screams as she falls to the ground; her body contorting, finger nails digging deep in to her own cheeks. Neina tells Isla to control herself, but Charlotte, fearful of the Queen's scouts, pulls the trigger of her gun with the intention of quietening Isla once and for all. The bullet misses Isla by a few centimeters. Neina chides Charlotte who, without emotion, replies that Isla’s screams would lead the Queen to them and it would be best to eliminate her right there. Neina vehemently disagrees with Charlotte and protects Isla. The chapter ends with Charlotte finally relenting and putting her gun down.

This chapter has been an enjoyable read. Mahra has done a commendable job with clear descriptions, simple yet powerful language and forward moving action. The chapter highlights Neina’s inner strength as she stands as a shield between Isla and Charlotte and it is good to see more dimensions being added to her character.

Chapter 55 has been written by Amy Downes, Year 11, of GEMS FirstPoint School, Dubai.

“Neina contemplated the alarming idea that the Isla she had grown accustomed to, her resilient tormentor turned strong ally, was no more. She was a different person than who she was mere days ago.”

At this point, the narrative goes into a flashback inside Isla’s mind. She’s transported to her childhood home. The writer points out here that this is her “real home” and not the castle as was described in Chapter 51.

We see the home through the eyes of a 7-year old Isla. It is a simple, unassuming countryside home with "bright, creamy walls painted lovingly by her mother to match the blossoming garden of white tulips near the front door."

Isla walks through the quiet, deserted looking house into her mother's room. Her mother, a beautiful woman with faded golden hair, asks the little girl:

“Did you find anything, sweetie?”

As the chapter proceeds, we get to know that the subject of Isla’s mother's enquiry is someone called "Lola". It's implied that Lola, presumably a child, was left alone with Isla and Isla could not take care of her. She is nowhere to be found and Isla blames herself for not being able to take care of the child. Her mother tries to calm her down by telling her that it is actually her fault that the baby is missing but Isla still blames herself. She once again heads to the door with the resolve to find Lola so that their family could be complete again.

“I’ll be back, with Lola... Just wait here until we come back,” Isla tells her mother as she walks out of the door. That was the last time she saw her mother.

Jessica Cullen, Year 12, Dubai English Speaking College dons the writer’s role for Chapter 56. The chapter opens in the present time. Isla reverie about her childhood is broken and she feels a sense of despair come over her

"A desolate loneliness began to fill Isla’s thoughts and consciousness, threatening to break the control she had mastered over the last decade...Isla felt numb to the hatred that Charlotte showed and even more so to the expression of care that Neina gave her; all love seemed futile and short-lived."

Isla had adopted a stoic front for as long as she could remember, rendering herself immune to the Queen's devious schemes and ability to exploit the weaknesses of the people around her. But recent events had been too much for Isla to endure. With an avalanche of thoughts overwhelming her mind, Isla succumbs to the floor in exhaustion.

Charlotte is unmoved and tells everyone that they should just leave Isla there and move on but Neina is adamant that they keep Isla with them. It is finally decided that they'll stay at the cottage to rest and replenish. As everyone settles down, Neina gets a moment to reflect on the metamorphosis she has gone through in the Mors World...

As Neina attempts to untangle her thoughts, she is now struck by the intrigue of how Archie fits into the picture, and what he is doing in the Mors World? She turns to Archie and asks, out loud, the question that has been raging in her mind.

The story goes into a flashback and we see how Archie met Neina and how they bonded over their love for architecture and the ambition and dreams they nurtured for the future. Archie's mind zooms to the day he had planned to propose to Neina. He reminisces how, on that day, he had reached the office and got into the elevator. And there he met," a frail, slouching man sporting a musty burlap hat and leaving a mess of straw beneath him, and an angular woman with a shock of pale hair who exuded iciness". Archie is bewildered to see them. With a will that did not seem to be his own, Archie reached forward, and tapped the man on the shoulder. The man turns to him, smiles and introduces himself as Janus.

Chapter 57 has been written by Tia Planojevic, Year 11, of GEMS Jumeirah College. Picking up right from the point where the last chapter wrapped up, Archie feels disoriented in the presence of these two creatures who have an inexplicably menacing and intimidating aura.

"His head felt like cotton had been stuffed deep into his skull and his chest seemed to fold in on itself as he gasped desperately for air. The two figures in front of him seemed unphased by the growing blackness of their surroundings and their presence, alone, turned the air heavy".

Janus tells Archie that " he has been blessed with the ability to leave the real world". He goes on to tell Archie that all they expect out of him is to tell them everything:
"....Tell us exactly what we need to know. Answer our questions. Tell us everything - about your parents, your school life ... your girlfriend."

The rest of the chapter details how Janus continues to intimidate Archie, reminding him of the power they have over a mortal like him.

Chapter 58 has been written by Fiona Dugenio, Year 9, of Star International School Al Twar. Janus tells Archie that they are his "saviours" and they have come to help him and that Neina is not what she seems to be.

"We are your saviours, Neina’s saviours. Neina’s ability to switch between both worlds has awakened. Who knows what else will? With your help, we’re going to stop her from misusing her power before it’s late."

With this the two supernatural creatures disappear, and Archie finds himself back in his office with not a hair out of place. Everything is back to normal. Archie spots the bouquet he had got for Neina in the corner of the room, and in it he finds a strange note which says:
"To save the one you love, venture to the blue room. There, you’ll find the solution.”

Before Archie can decipher the origin or the meaning of this note, Neina walks into the office. What follows is Archie going down on one knee and asking her to marry him. She says yes.

Fast forward to the end of the day. Neina and Archie have headed to their respective homes. Archie enters his house and once again finds himself transported to the Mors World and in the company of Janus and Isla. The chapter ends with Isla handing something to Archie (it is not revealed what it is) and asking him to give it to Neina.

It’s been an exciting week which began on a great note. We have had backstories and flashbacks into the lives of several characters. So now that it is established that they are all bound by the same fate and that at the core of it all lies the “prophecy” which is somehow connected to Neina. In the coming weeks, I look forward to the puzzles of the pieces falling into place. There are still about 20 chapters to go so the resolution of the story needs to start building up now so that the authors of the last chapters do not have to rush to finish the story. I’m envisioning a slow and steady building up of a crescendo leading to an enthralling conclusion. And I have the conviction that all the future authors will deliver just that!

To all the past authors and the ones to come, high five, superstars! You’re a part of history. I’m sure in the days and months to come a lot of schools, inspired by SchoolsCompared.com and WhichSchoolAdvisor.com, will roll out similar challenges but remember this is where it all started!

I sign off with the invaluable advice given by the author Ms. Annanel Kantaria who conducted a webinar prior to the start of “Write a Novel” Challenge

"My advice to those yet to write would be to keep driving the plot forward right up to the end, don't get bogged down in the detail or the back story and as you move forward leave your story in a way that will satisfy the readers".