Write A Novel, The Review Chapters 36-40

Welcome to Week 8 of the "Write a Novel Challenge" by WhichSchoolAdvisor.com and SchoolsCompared.com. It’s so hard to believe that we’re now midway through this challenge which has brought together some of the brightest student authors in the nation! Who knew till about a couple of months ago that there would be a story which would keep us waiting for the next chapter day after day! That’s the power of the written word, that is the magic that stories hold, and this one has got us hooked!
Write A Novel, The Review Chapters 36-40
By Jenny Mollon 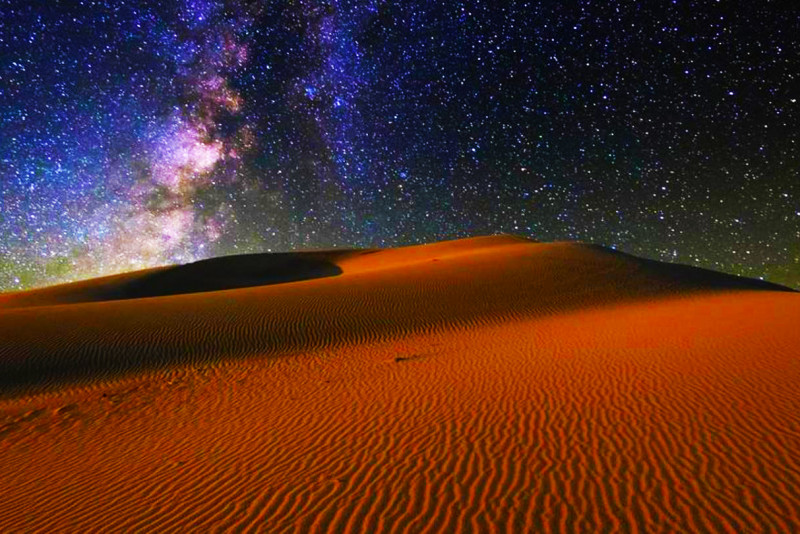 When we rounded off Week 7 of the SchoolsCompared.com and WhichSchoolAdvisor.com Write a Novel challenge, we saw Neina in her office. She was worried because she couldn’t find her friend Charlotte and she suspected that her brother Ryder, who was behaving rather suspiciously, had something to do with it. Let’s pick up the threads from there and dive right in!

Chapter 36 has been written by Ruby Shadwell, Year 8,  of Horizon International School. The chapter opens with Charlotte’s voice reverberating in Neina’s head, imploring her to hurry up.

“Her vision blurred, her stomach in knots, Neina couldn’t remember the last time she’d had peace of mind. How long had she been stumbling in, out or teetering on the edge of the Mors world – of all the confusion, lies and memories? Where was she now? Was she even alive?”

Neina’s mind feels assaulted! She’s wondering how much more of this never-ending ordeal she could take in. Would it not be easier to choose death over another soul-wrenching journey into the dystopian Mors World? But she resolvedly tells herself that giving up is what Isla would expect her to do. She knew that Isla was out to get her, and it was up to her own strength of mind to not let it happen. Upon retrospection, she accepts that the haze in her mind has thickened because of the unexpected appearance of Ryder who went missing for months and now all of a sudden, he showed up in her own office as an employee!

Neina is so caught up in the cobwebs in her head that she doesn’t notice someone entering her office and locking the door behind him. She becomes conscious of another person’s presence in the room due to the overpowering aftershave he’s wearing. She turns around and finds herself face to face with a stranger with “dark, unforgiving eyes.” He smothers her with a chemical-soaked cloth which makes her drift into unconsciousness.

Everything goes dark after that. Neina feels like she’s floating inside a bubble. Finding an opening through the bubble, Neina hurls herself out. As she tries to touch her face, she realizes her hands are tied behind her back and she is sitting at the back of a carriage which is being driven by Isla and Charlotte.

Chapter 37 penned by Hasan Javaid, Year 10, The English College opens with Neina back in her office. Night has crept in and Neina looks out of the window to see the roads packed with people and vehicles.

“Oh, how she envied their normal lives. How, after a long day of work, they could go back to their residencies where their loved ones would be waiting, welcoming them with open arms and drowning any of their worries purely by their company. Company itself could evolve into many different stages where the loved ones would console, caress and care for their counterparts. Eventually, they would heal. Forget their worries and start anew.”

Beautifully written words, I must add, here. We have followed Neina’s gruelling journey and we know that she has literally been to hell and back many times over and that her mind is constantly in a state of combat, a never ending battle where one part of her is desperate to stand strong against her internal demons and resurrect herself while the other is too tired to go on.

As readers, we cannot help but feel sad for the excruciating toil that the strange happenings have taken on Neina’s physical and mental wellbeing. Neina pines for a normal, uneventful life and these words have captured that longing aptly. Thank you, Hasan, for giving the readers an insight into a not much revealed, unique corner of Neina’s mind.

Neina realises how lonely and forlorn she is: Her mother and best friend Freya are dead, Ryder is a changed man, her father and Quinn are missing and for colleagues she has a selfish boss, Frankie and the ever contriving and scheming Isla. There was just one person she could rely on- Charlotte, and she’s missing. The mere thought of Charlotte infuses a new impetus in Neina’s mind and body. She knew that she had to find her best friend. Neina stands up and calls out to Janus. There’s a never heard before volume and strength in her voice:

Almost instantly Janus materialises before her and enquires how he can help. Neina tells him that she needs to go to the Mors world and help Charlotte. Janus is taken aback and tries to dissuade Neina reminding her of the mortal dangers that lurk in the Mors World, but Neina is adamant about rescuing Charlotte. She tells Janus-

“It’s certain that Charlotte is confined in the depths of that wretched place, and if I can’t make it back alive… well… at least she can.”

Janus is reluctant but agrees to help Neina. He opens a portal that would transport her to the safest place in the Mors World and from there she could begin her search for Charlotte. As Neina steps into the portal, another portal appears behind Janus. Out comes Ryder with “his face glazed with an unnaturally deranged expression” and a knife in his hand. Before Neina can comprehend what is going on, Ryder stabs and rips apart the hay-filled sack that was Janus’ torso and he is splayed out on the ground. That’s the last thing that Neina remembers before she is sucked in to her portal and is engulfed by darkness.

Chapter 38 has been written by Shahinaz El Sayed, Grade 12, of iCademy Middle East. As Neina regains consciousness, she finds herself back in the hospital. Soon enough, she becomes aware of the presence of someone else in the room- Isla! Neina is surprised and agitated to see Isla give her a friendly hug and express her relief and happiness to see her awake. Neina grips Isla’s arms. She is livid and asks Isla what she had done to Charlotte to which Isla nonchalantly shoots back-

“Oh, poor Charlotte...haven’t you heard? She killed herself…”

Isla holds up a newspaper to show a brief article about Charlotte’s suicide. Neina refuses to believe any of the information meted out to her, through Isla’s spoken words or through the written piece of news. She knows that Isla is playing mind games with her and Charlotte has been abducted by her. Isla once again tells her that Charlotte is dead. This infuriates Neina and she lunges at Isla who screams for help. Hearing Isla’s screams, three nurses rush to the room. When Neina looks at the faces of the nurses, she realises that they are actually Frankie, Ryder and Janus. The chapter ends with Frankie drawing out a syringe and injecting a chemical in Neina’s vein.

Umar Shahzad, Year 9, of GEMS FirstPoint School dons the writer’s cape for Chapter 39. When Neina rouses from yet another state of unconsciousness, she finds herself in Tutumni- the peaceful, expansive desert in the Mors World. A poignant thought crosses her mind-

‘When was the last time I smiled …’

She is confused and baffled by the turn of events. Her mind is in a state of turmoil with voices raging through her head-

“Isla is preying on your mind, a mind which you yourself don’t understand…”

Neina has an epiphany; that Isla is controlling her mind because she is not doing anything to counter her attacks. She wanted to win over Isla but was not making any efforts to secure a victory. That needed to change. Neina realises that she had to translate her thoughts into actions now:

“Now it was her turn to control destiny and to take her revenge on Isla for all that she done to ruin her life.”

Neina looks back and thinks how perfect her life was before Isla came into it and connivingly made her a victim of her own pride. As she’s thinking, she spots a goblin, accompanied by many others of his kind, approaching her. He tells Neina:

“I come here with regards from Queen Freya’s heir; Gersemi. She wishes to aid you in your battle against Isla, as did her mother.”

Neina agrees to follow the goblin. Just then a gunshot is fired killing all the goblins. As Neina panics, she comes face to face with the one who fired the shots. It’s none other than Janus who tells her:

This week’s writing concludes with Chapter 40 which has been penned by Amr Baroudy, Grade 10, of Dunecrest American School. The chapter opens with Neina asking Janus what actually happened in the hospital after she fell unconscious. Janus tells her that the intention was to kill her by injecting her with an overdose of the sedative, but her mind was very powerful. She was located by Gersimi and brought to Tutumni. Janus tells her that since he is a God and can go anywhere, he followed her into this realm.

Neina’s mind is raging with questions but Janus has had enough of answering her queries. He grabs her and opens a portal. Once on the other side the portal, Neina finds herself back in the real world once again:

“People walked on the sidewalks as they always had, their thoughts filled with the mundane chores and responsibilities of their day-to-day lives. The sense of normality was painfully at odds with the reality of Isla’s dagger and its promise of her murder.”

The chapter ends with Neina spotting someone walking towards her. It is none other than Charlotte!

Well, it’s been quite a week! The oscillation between reality and illusion has been taken to another level. If there were air miles being awarded for the trips between the worlds Neina constantly travels between, she would have been a platinum member by now and would have scored enough points to go around the globe many times over! I’m quite eager to find out how the future authors will explore this dichotomy between reality and illusion, the tangible world and the paranormal.

The most persistent question on the readers’ mind right now is what is real and what is not? Will Neina ever find the respite that she craves for? Is there someone at all that she can trust? After all that she has gone through, is there a light at the end of the tunnel for her? A common sentiment that many authors have expressed over the past weeks is that Neina has to find strength within herself to fight all that weighs on her mind. She has to be architect of her own destiny. As I excitedly look forward to following Neina’s journey through the next half of this unforgettable tale, I leave you with this quote by William Shakespeare-

“It is not in the stars to hold our destiny but in ourselves”.