Our student journalist, Mishal Faraz, takes on the review for another week of incredible writing in our write a novel challenge. Read on to hear what Mishal has to say about the many twists and turns the story has taken.
Write A Novel Challenge: The Review, Chs 16-20
By Jenny Mollon 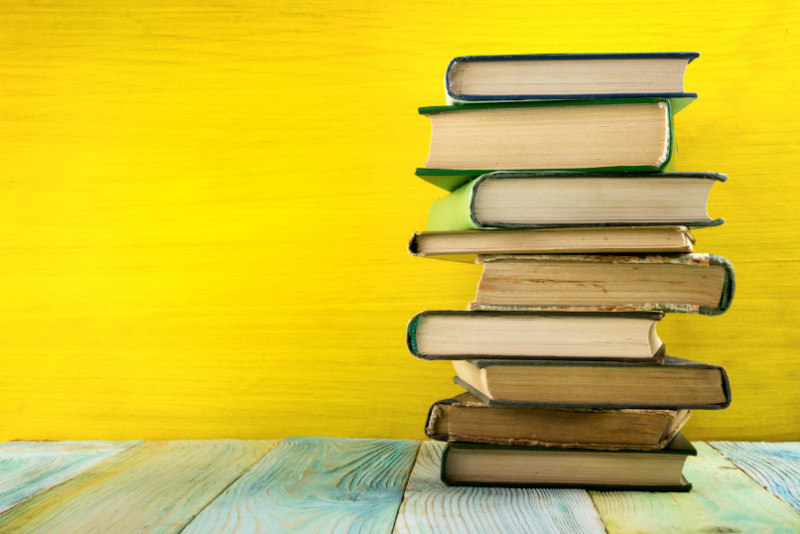 With Week 4 of the Write a Novel Challenge concluding, our novel now has a good 20 chapters! That’s one quarter of the volume of the planned novel which is set to be completed by September 2020! Three cheers to the teams at WhichSchoolAdvisor.com, SchoolsCompared.com and of course to all the student authors!

So how did chapters 16-20 fare? Chapter 15 had ended on a very crucial cusp. The next author had indeed a huge decision to make- whether to turn the story into a more realistic, social commentary or to go the fantastical way? Well, we have the answer now. It looks more like a fantasy as of now. Having said that, there’s no reason why the two elements cannot be blended in the upcoming chapters! We’ll have to wait for the coming weeks to find out if that happens. For now, let’s jump right into Chapters 16-20.

Chapter 15 ended with Neina breaking free of Isla’s deathly hold with the help of Freya. She finds herself back on the cobblestone road where she spots a being that looks just like her, and then, to her utter disbelief, she spots a chasm which reminds her of the Mors World. She spots a passerby wearing an argyle scarf who tells her that the chasm had always been there.

This is the point where Chapter 16, written by Jon Vincent Dela Cruz, Grade 11, of Universal American School starts. Neina finds herself looking at the man intently. He smiles at her and there is something really familiar about this man; there’s something comforting about his smile. She wonders, “That smile, why does it bring me comfort?” Before she can decode this new mystery, the man disappears and Neina’s attention is once again directed to something more alarming- the being that looks like her- her doppelganger! Neina stumbles to the floor and breathlessly asks, “ What are you?” to which the figure replies-

As this sinister being crouches over Neina, she prepares for the worst and surrenders to whatever fate this figure would unleash on her. Right at that time, the man she saw earlier places himself firmly between Neina and the impeding threat and asks her to escape to the chasm and that he will meet her there. With no other option, she heads to the chasm. And then she has a sudden realization that this figure is somehow related to either Ryder or Quinn- her brothers! And then she drops freely into the chasm.

Chapter 17 is written by Camila Simao, Year 11, of Swiss International School Dubai. As far as the plot development goes, nothing much happens here. This chapter is all about the fall through the chasm- a seemingly bottomless fall as Neina encounters kaleidoscopic illusions. One moment she’s back in her sunlit apartment with everything calm and peaceful; the next moment everything turns to sand and to her horror she finds herself in a giant hourglass with the falling sand threatening to bury her. She closes her eyes and the next instant she’s on the edge of a crystalline river! As the skies go dark and two green hands appear out of the river to grab Neina, instead of being pulled under water she once again finds herself falling through the never-ending darkness and then she hits the ground with a loud thud.

Chapter 18 has been written by Valeria Awada, Year 13, of Jumeirah English Speaking School. This chapter makes an attempt to delve into what might have conspired between Isla and Neina’s mother. The past chapters have evoked a lot of questions- how are the fates of Neina, her mother and Isla entwined? What happened to Neina’s mother? How did she die? Is Isla responsible in any way for the same? Neina needed answers. She wonders-

“How and why was she constantly being transported to what looked like a deranged parallel of her own world?”

When the chapter opens, Neina is trapped between rocks and once that illusion lifts off, she finds herself in her office. Isla moves past her without noticing her and that’s when Neina realizes that she is invisible to Isla! The office is surely hers, but it looks rather different, as does Isla-

“There is nobody here she recognizes, save Isla, and even she looks like a snapshot pulled out of one of her mother’s old photobooks. In place of smartboards there are chalkboards, instead of laptops, there are large computers.”

But that’s not the most unusual thing Neina sees in this new scene that has presented itself before her. She now sees her mother walking in. She looks just the way Neina remembered her from her childhood days- heart shaped face, almond eyes, except there was one difference, that her hair was curly, wild and beautiful. Isla and Neina’s mother seem to be engaged in an intense, conflicting conversation. What the readers and future writers might want to remember from this chapter is what Isla says to Neina’s mother-
“How could you not share the glory, share the honor, you have been prophesized, with your best friend. We were sisters, now I barely recognize you.”

Neina cannot make sense out of these words. What glory, honour were they vying for ? What was the prophecy? The chapter ends as Neina knocks over a plant pot drawing the attention of the two women.

Chapter 19, penned by Ryan Taoutaou, Year 9, of British School Al Khubairat opens where the previous one closed. Neina is mortified that she’s been found out by Isla and her mother. As she gets ready to surrender to whatever horror that lay ahead of her, a voice calls out to her and tells her-

“Stay where you are! They can’t see you, Neina; only I can.”

This newly introduced character, we get to know, is Charlotte, Neina’s best friend. In this chapter we are given a fleeting window to look into Neina’s past. Neina and Charlotte were both students at an architecture school. Both graduated with flying colours and then took off to London to make their dreams come true. Neina started work at a firm called Delavive. There’s a mention that this company belonged to was run by her future fiancé Archie. Charlotte went on to join an equally prestigious firm called Damac. Neina was celebrated in her professional circle and enjoyed the distinction of designing an iconic building named the “Shard” right in the heart of the city.

Another detail mentioned (though it’s not clear at the moment whether it will be relevant in the future chapters) is that Neina gifted Charlotte with a perfume and Charlotte loved it so much that she wore it all the time and people started associating the fragrance with her.

The chapter ends with the room being filled with “an ear-splitting scream” (I can’t help but notice that we’ve had quite a lot of these blood curdling screams in these 20 chapters. Screams and the ground slipping under feet and falls through bottomless pits and tunnels). Neina has seen something that is so fear evoking that Charlotte tells her to run as fast as she can because her life depends on it.

Rachel Deyis, Year 12, of Sharjah English School dons the writer’s mantle for Chapter 20. We don’t yet know what is that Neina has seen but it has been described as “horrific”. As she’s running, she once again comes across the “argyle scarf guy”. This chapter is dedicated to unravelling the mystery (to some extent) of this mysterious figure who appears out of thin air at a pivotal juncture of the story.

At a close look, Neina realizes that this person is not a person at all- he’s actually the scarecrow she built with her brothers Quinn and Ryder when she was a little girl and now that scarecrow had somehow become a living being. But when she looks at him again, she’s reminded of the old woman she had met in the meadows; yet another look and now he reminded her of the gate keeper she met the golden gate of the palace she came across when she first entered Mors World- the one who issued her the three challenges. Seeing Neina’s state of disbelief and questioning look, this “argyle scarf guy” asks-

“Would knowing really make a difference- knowing what’s real and what isn’t, I mean?”

This makes Neina doubt whether all that is happening is real or not- Mors world, Isla, all the strange occurrences. She wonders if it’s all really happening or is it just a manifestation of her own fears. To this the scarf guy says-

“Let's say it’s all in your head and I’m a figment of your imagination, maybe this is a battle against your mind. Maybe it's real, and you are the child of the prophecy. But right now it changes nothing about what you have to do.”

He goes on to tell Neina that maybe she’s holding worlds inside her mind- maybe both the real world and the Mors world are her reality. He stresses that all that matters at the moment is to survive, especially after what she saw in the conference room a little while ago. As Neina strains to remember what is it that she saw, the scarf guy tells her not to worry because she’s ready to face it all now. The chapter ends with him saying these cryptic words-

“Just make sure that when it all comes back, you don’t forget the little girl in the fields. The little girl who would have changed the world instead of letting it change her”.

And the chapter closes, and it does so on a very interesting note. What was it that Neina saw inside the conference room? How are Isla and Neina’s mother linked? And most importantly, could it really be that all that has happened till now has actually happened in Neina’s mind?

As a reader, I’m excited to know how the future writers tackle this duality of reality and illusion. Chapter 13 had brought about the most interesting turn in the story by establishing the fact that all that had happened till now was actually played out in Neina’s head. Are we in for a twist like that again? To know that, we’ll have to wait for Chapter 21. BRING. IT. ON!