Roy Hayyat, 15, studies at the Al Ain English Speaking School and achieved a perfect 100 percent in French. Not only that, he also took the exam a year early.
UAE Student Highest Mark In GCSE French
By Veathika 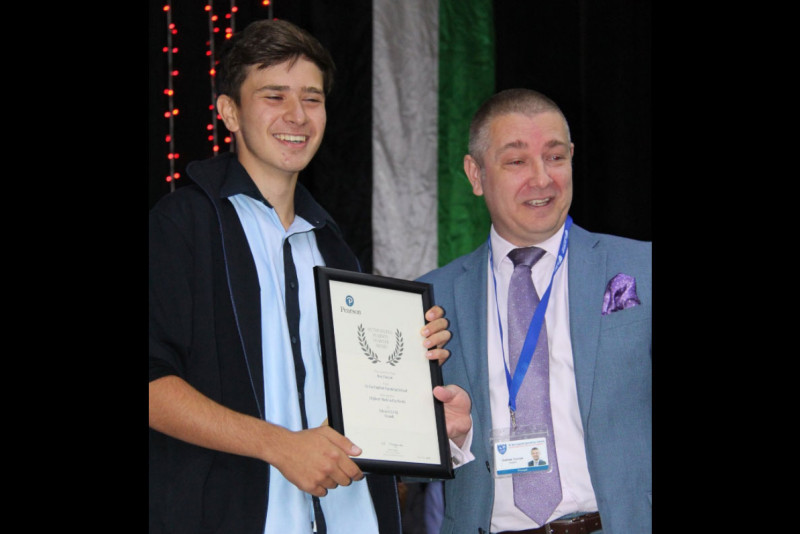 A UAE student scored the highest in the world, in the GCSE French exam. Roy Hayyat, a 15-year-old pupil at the Al Ain English Speaking School, received an award for his accomplishment.

The Syrian-Turkish student came first out of the 37,428 students who took the exam worldwide, The National reported.

He said, “I was in awe when I first found out I got the results and refreshed the page three or four times to make sure it had actually happened. I still didn’t believe it. I was waiting to come back to school to see if there was a change in the result. I just thought it wasn’t real.”

An Al Ain resident for the past five years, Roy kept the news a secret at first to avoid getting any attention. “But when I was presented with the award, I got a standing ovation from my friends.”

“We knew Roy had scored 100% on his papers, but we had to check with the exam board. We thought maybe something went wrong.”

Students normally sit the exams at the end of year 11. However, Roy sat his one year early.