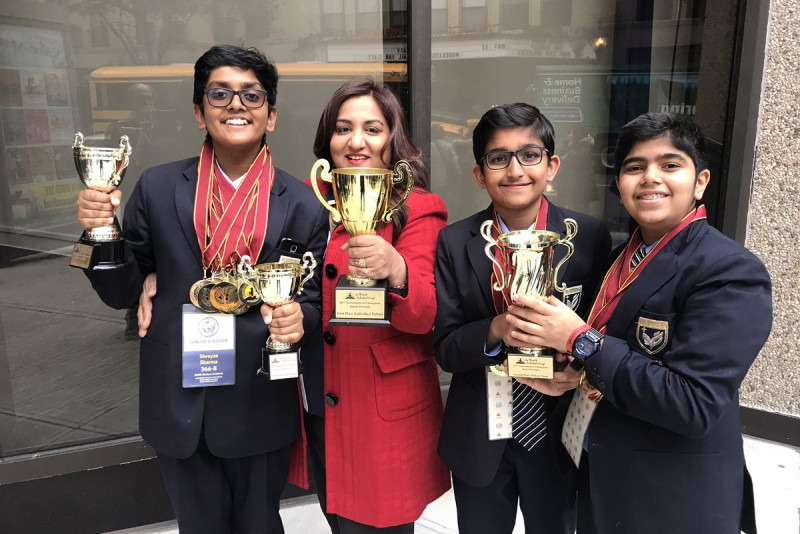 It’s a wining streak for students from the UAE. The country’s debate team won the World Champions Trophy and the Runners-Up Trophy at the Tournament of Champions at Yale University.

The team, which also included Varun Pabreja and Siddhaarth Chakravarthy, both from Grade 8 of the same school, won the trophy for the second-best debating team in the world.

Osama Gaffar was also declared the second-best debater in the world.

The Tournament of Champions of World Scholar’s Cup, held in New Haven, Connecticut, is a competition for young debaters from around the world.

Out of the 39,000 students who participated in the World Scholar’s Cup across the globe, 2,200 participants qualified for the main event. Fifty countries across five continents were represented at the event.