Early May saw students in the UAE, alongside counterparts in India, receive their results for the Grade 10 and Grade 12 Central Board of Secondary Education (CBSE) exams, India’s largest school board. Separately, and within days of each other, students also received results for the Grade 10 ICSE (Indian Certificate of Secondary Education) and Grade 12 ISC (Indian Secondary Certificate) examinations, both held by the Council for the Indian School Certificate Examinations (CISCE).
UAE Indian students Ace CBSE, ICSE Exams
By Lyn Soppelsa 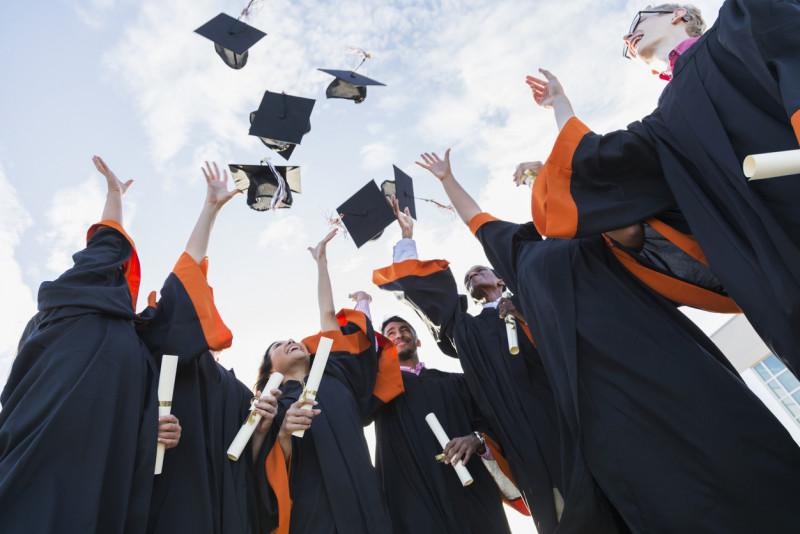 Many students in the UAE scored close to 100% in the Grade 10 and Grade 12 Central Board of Secondary Education (CBSE) exams, seen as the gateway to successful university entry for Grade 12 students or to the continuation to the final two pre-university years of study for those in Grade 10.

For the CBSE exams, 1.3 million students across India and overseas appeared for the exams which took place in March-April 2019. In India, two girls — Haniska Shukla and Karishma Arora — topped the exams with 499 marks each out of 500.

With 20 exam centres in the UAE, approximately 6,600 students appeared for Grade 12 exams in the UAE.  The exams were spread over for 45 days and covered around 30 subjects including skill-based courses.

With no central authority publishing the results, it is not clear who fared the best in the UAE, but Sangana Rejikallingal of GEMS Our Own English High School Dubai and Veera Ramprajwal of the Indian High School (IHS) both scored 98% and are expected to be hailed as the Toppers overall.

Early indicators suggested that Rupashree Ravi (96.6%) of IHS, Aastha Jani (95.8%) of DPS Dubai and Rhea Bhatnagar (94.8%) of DPS Sharjah were among the highest scorers in the Humanities stream.

Whilst we at WhichSchoolAdvisor.com are always delighted to share the successes of individual students, our aim is to share the overall results of the schools – a way for parents to see which schools’ students are really achieving at the highest level, but also providing recognition for those schools whose students who may not be so academically successful but have clearly been encouraged and supported in their endeavours.

A measure for us of a good school is not only the one that achieves the best results for its most academic students, but also enables a higher standard of results for all of its students. We are pleased to see that Indian curriculum schools in the UAE are not just focusing on the Toppers, but also beginning to provide more information about overall school success.

Based on the information shared so far, the best performing school overall was the Indian High School Dubai (IHS), where all 572 students who appeared for the exams not only passed them, but did so by a wide margin!  At IHS, 99 percent of students achieved an average score of 70%, and 46 percent of students scored over 90%.

Most schools across the UAE said students have performed 'exceptionally well’. Top scorers included students from the Millennium School, Dubai, with 98.6% and the Indian High School in Dubai, with 99.2%, the schools' top marks — and possibly the UAE’s as well.

According to a statement from GEMS Education, its CBSE schools broke records, with a 100% pass rate for the 2,810 students who participated in the examinations. GEMS announced 36 per cent of the students scored above 90% and 20 per cent of students scored between 85-90%.

Ravi Thomas, principal of the Emirates National School Sharjah, said students secured a 100% pass rate in the Grade 10 examination. Out of 213 students registered for the exam, 48 students secured more than 90%.

Vandana Marwaha, principal and director of DPS Sharjah, said: "A total of 215 students achieved more than 90% marks and 95.4 per cent of students scored distinction, indicating exceptional performance by students."

After the excitement of the CBSE results, students for the Council for the Indian School Certificate Examinations (CISCE) also received results for the Grade 12 ISC (Indian Secondary Certificate) and Grade 10 ICSE (Indian Certificate of Secondary Education) exams.

Whilst much less popular among students in the UAE, the CISCE is highly regarded. In Dubai, Ambassador School, GEMS Modern Academy and JSS International School follow the CISCE curricula.

The school average for the Grade 12 ISC exams at Ambassador was a record high of 85.59%. School principal Sheela Menon said: “It’s celebration time at Ambassador School! The astounding success is the culmination of the relentless hard work of our students, untiring efforts of the dedicated teachers and unflinching support of our parents.” The school topper for ICSE was Malka Rani, with 97.6% whilst Grade 12 student, Krish Nair, scored 99.25%. Students of determination in Grades 10 and 12 also did very well with percentages ranging from 70.4% to 76.25%.

At JSS International School in Dubai, Harsh Doddannavar was the overall school topper, achieving 99.25% in the ISC, with the school average 89.8% for the 67 students who participated - 1.4 per cent more than last year. For ICSE at the school, the school average was 86.3% (2.7% more than last year) and there was a 100% pass rate for the 54 students who took the exams. Bhavik Kamlesh Goplani obtained the highest percentage of 97.8%.

School principal Lata Nakra said: “We are breaking our own records and exceeding our targets, which is commendable and encouraging … All this has been possible due to the effective collaboration between the teacher, student and parents”.

Increasingly, with the information now being shared by UAE Indian curriculum schools, we hope to be able to provide more meaningful data about exam results for all students, whilst continuing to share the achievements of the toppers who have earned their recognition.