With so much uncertainty surrounding this year's new GCSE format, it's been a stressful wait for the UAE's students and teachers, yet early results show it's likely that neither needed to be concerned...
2017 GCSE Results Day: UAE Aces New Exam Format
By C Hoppe 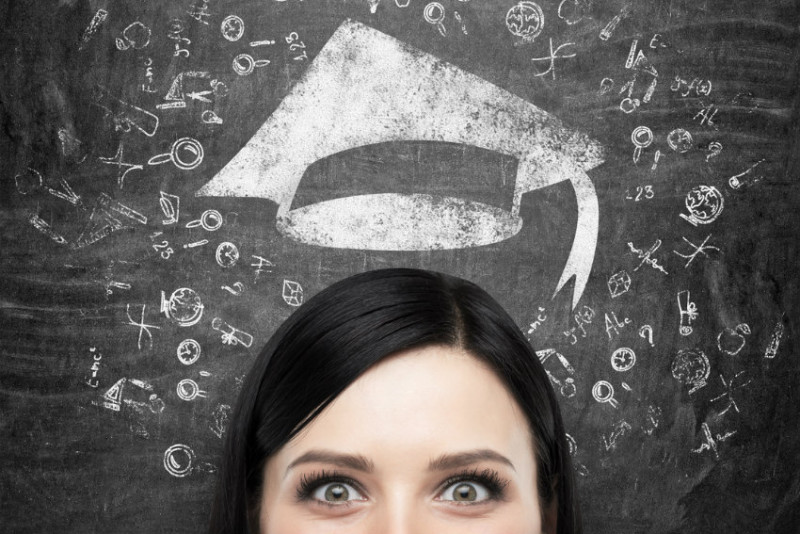 Up until today, the only thing certain about this year’s GCSE results, was that they would be uncertain.

From the new ‘toughened-up,’ GCSE format for English literature, English language and maths course work and examinations to how schools and the media would report this year’s mixed grading structure, no one really knew what to expect.

Yesterday, experts talking to the Evening Standard called the exams, “the hardest exams since the 1980s” and warned that the “complicated new system could leave high achieving children feeling like failures.”

Jumeirah College’s principal Simon O’Connor told WhichSchoolAdvisor.com, “the exams are undoubtedly tougher – both in terms of the expected knowledge required and the skills students are expected to exhibit.”

“In addition, the linear nature of the courses and the reduction in coursework means that there is a far greater loading on the end of the course. In terms of difficulty, some of the harder questions in a recent Maths paper would challenge current A level students.”

However, it would seem that students in the UAE needn't have worried, as once again the top schools have only improved upon their previous years' GCSE/IGCSE results.

In 2017, the UK, passes (grades C/4 and above) dropped 0.6 percentage points to 66.1% (according to the Guardian). With the results obtained so far, we can see the UAE's top schools have significantly out performed their counterparts in the UK this year with an average of 73% A* to C passes.

In 2017, the UAE has also more than doubled the average percentage of A* to A grades of the UK.  Early reports estimate that around 20% of the UK's students achieved an A* to A grade or the equivalent (9 to 7), while our WhichSchoolAdvisor.com calculations show the UAE is streets ahead with an average 49% A* to A grades across UAE schools reporting so far.

Although results are still coming in, so far it looks like Dubai College will remain 'top-of-the-class' again with a staggering 84% of students achieving A*to A grades (9 to 7 in the new format exams) in 2017.

Michael Lambert, Headmaster at Dubai College, said, “as I am sure you can imagine we are delighted with this year’s GCSE results which are testament to the dedication of the staff, the hard work of the students and the support of parents."

Nord Anglia School Dubai (NAS) did exceedingly well with its first cohort of GCSE students. The school achieved 71% A* to A and 98% A* to C.

Speaking to WhichSchoolAdvisor.com, NAS principal Matthew Farthing said, "we are quite delighted... an incredible set of results for a school which is relatively young."

“We are delighted with our first set of full I/GCSE results... Nord Anglia International School Dubai has demonstrated a commitment to excellence and leadership from day one and these results are achieved through committed teachers working alongside driven and ambitious students.  I am very proud of the young people of NAS Dubai and they all deserve the success they have achieved,” said Liam Cullinan Head of Secondary at NAS Dubai.

JESS Arabian Ranches has also improved year on year with their best results to date, with 65.6% of students achieving A* to A and 98% A* to C.

Secondary headteacher at JESS, Shane O’Brian said in a press release, “this year has seen all records set by previous JESS cohorts broken by some distance. For a very mixed ability group these results are remarkable.”

Also scoring 63% A* to A grades this year is Brighton College Abu Dhabi , the score shows a drop of one percentile point from the school's 2016's result.

At Kings' School Al Barsha, another school with its first GCSE cohort, grades were also good with 44% scoring A* to A and 92% A* to C.

Alan Williamson, Director of Education at Kings’ Schools and Principal at Kings' School Al Barsha said in a press release, “these results are a testament to our students’ drive, determination, and careful preparation, as well as the caliber of the Schools’ teachers.

At non-selective Dubai British School (DBS) students were celebrating with 40% A* to A and 71% A* to B grades.

Principal Brendon Fulton said in a press release, “although many were feeling quite anxious about the new subject specification and assessment criteria, their results show that they have made outstanding progress, with over 80% of all grades representing a ‘better than expected’ outcome.”

Across the GEMS Group of UK curriculum schools, 40% achieved A* to A, a slight dip on last year's 42%.

Of note, within the GEMS Group is GEMS Wellington International School which did particularly well with 50% A* to A grades this year.

The new Sunmarke School also recorded good GCSE scores during its first year of operation, with 40% gaining A* to A grades, 70% A* to B and 90% A* to C.

Read More: If you didn't get the results you hoped, follow WhichSchoolAdvisor.com's 5 steps to 6th form recovery

Over in the UK, the exam boards have announced that 51,000 candidates in total were awarded the coveted 9 grade.

This is higher than experts had had originally predicted, when yesterday it was deemed to be around 2% or 'in the low hundreds.'

Regardless, it would seem that our early results show the UAE has already collected a fair share of 9 grades.

The three revised exams all feature the new numerical grading system, running 9 to 1 and replacing the old A* to G grading.

Schools in the UAE were quick to embrace the new system, particularly the new ‘top mark,’ with a spokesperson at Kings’ School Al Barsha saying, “we’re excited about the grade 9 as it will allow our brightest students to really demonstrate their abilities and differentiate themselves from the group  under the reformed GCSEs.”

Principal Brendan Fulton at DBS told WhichSchoolAdvisor.com, “we have been quite excited about this as it allows for greater differentiation between the top grades and the ‘top-top’ grades. I think that whilst the new system may take some time to get used to, it will ultimately prove to be successful in its ability to provide greater distinction between the grades.”

Although 42% of students at Dubai College achieved a 9 in maths, it was Mike Lambert, principal at DC who voiced caution at the new grading, saying “we do need to be careful about the added pressure that the new grade 9 will add to students.”

“Until recently students would strive to achieve as many A* grades as they could,” he went on. “Going forward there will be a desire to achieve as many 9s as possible despite the fact that grade 8s are equivalent to the old A* which is still a very significant achievement.”

Given the predicted issues associated with this year's GCSEs, experts in the UK expect there to be a surge in remarking requests this year.

Speaking to the Guardian Philip Nye, a researcher with the thinktank Education Datalab, said, “with all of the changes this year, it’s quite likely that there’ll be more requests for re-marks. And we might see more of these requests for re-marks coming from top independent schools – with pupils, parents and the schools themselves keen to bag every 9 they can.”

In the UK, experts have continually highlighted their concern around what the ‘old’ C grade equates to on the new 9 to 1 grading system.

Although the examination boards vary on this, the most direct comparison for maths, English language and English literature would be somewhere between 4 and 5.

How schools, will tally these new grades is hard to tell, however, it is likely to drive the predicted increase in remarking request.

We will continue to update this article through the day. Send your results to [email protected]