'The Challenge is To Go from 'Outstanding' To 'Standing Out': JESS Director

It’s a time of change at one of Dubai’s most prominent schools as Rob Stokoe, OBE, Director of JESS retires and hands over to Mark Steed who was formerly Principal at Berkhamstead School, a leading independent school in the UK.
'The Challenge is To Go from 'Outstanding' To 'Standing Out': JESS Director
By James Mullan 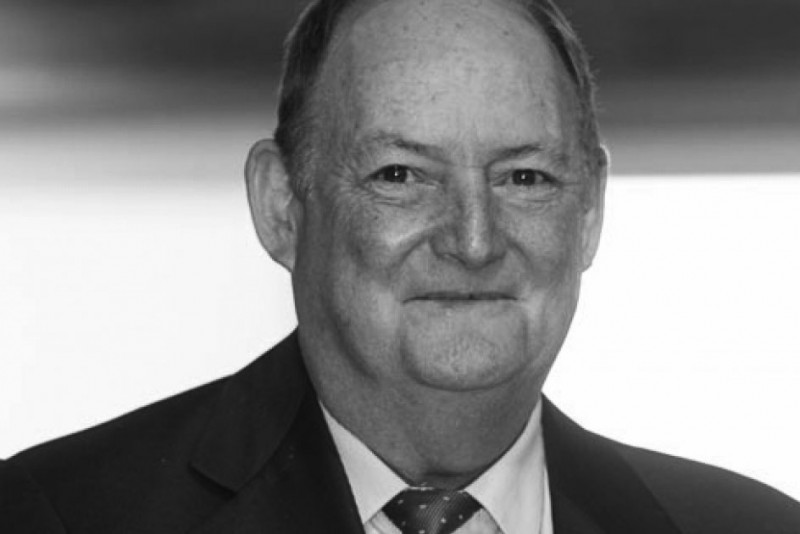 It’s a time of change at one of Dubai’s most prominent schools as Rob Stokoe, OBE, Director of JESS retires and hands over to Mark Steed who was formerly Principal at Berkhamstead School, a leading independent school in the UK.

Mark’s influence is already being felt as the school recently announced a re-vamp of senior positions at the secondary school in JESS Arabian Ranches. WhichSchoolAdvisor.com recently caught up with Rob and Mark to look back at what has been achieved in the 16 years that Rob has been at the school and to find out how Mark views the future for JESS.

Reflecting back on your time at JESS what are you most proud of?
RS: “I’ve been 16 years at JESS and it’s 10 years since we opened JESS Arabian Ranches which is an established centre of excellence. The vast majority of students at JESS are happy, hard working and are enjoying their school life. JESS is very much an international school – there are 53 nationalities of pupils at the school and 28 nationalities in the staff room. It’s striking for me that there are children who’ve had an entire journey through JESS – the current head boy and head girl, for instance, joined us as three year olds. After 10 years as director it’s the right time for me to step aside and for the school to move to the next level.”

JESS is a not for profit school. Where do you believe the 'not for profit' sector is now and where is it heading?
RS: “Over the last few years there’s been a significant growth in the ‘for profit’ sector. There’s been no growth, however, in the ‘not for profit’ sector. For us every decision is for the benefit of the students and I mean every decision. You’ve got to accept you’re a business but you’re a business that doesn’t make any money. We spend what we bring in so there’s no reserve to fall back on if anything goes wrong. You can’t hold back 30 to 40 million dirhams to invest in a new school. I think though there is a recognition by the authorities of the important position that ‘not for profit’ schools occupy in the educational scene in Dubai and I hope to see developments in this area that reflect this over the next few years.”

With the introduction of the KHDA eight years ago the education sector became much more regulated. What has been the result of this?
RS: “I was involved with the original working party that put the inspection regime together. I think the regime has evolved from simply measuring to coaching for the future. Prior to inspection beginning in Dubai you could say that you were a high performing school and there was no way that this claim could be tested. What inspection has brought is evidence of whether you’re a high performing school or not. Personally I take the view that inspection is a positive thing because you receive high quality advice for free. As far as the current process is concerned I would be happy for JESS to be inspected with two or three days notice. I don’t think annual inspection is necessary though. It would be more useful if it took place over a three to five year term.”

You’ve been a prominent member of the What Works team run by KHDA which brings schools from around Dubai together. What do you think it’s achieved?
RS: “It’s been a huge success. A lot of people thought it wouldn’t work because Dubai’s an incredibly competitive place and they thought people wouldn’t be prepared to share their good ideas. But that has not been the case and the programme has grown hugely. Dubai’s an incredibly international city so it’s been great to see what schools teaching other curricula – Russian schools, Filipino schools, for instance – have been doing. It’s also been hugely positive for the teachers to meet and share their experiences with each other."

There has been some criticism of the strict qualifications required by KHDA for teaching specific subjects. What’s your view on this?
RS: “My job is to find the best teachers to teach in the classroom. I believe KHDA is generally flexible about allowing us to employ individuals who have the relevant qualifications though one area I would like to change is around maths. You cannot teach maths if you have an engineering degree. What could be more relevant than engineering to maths – it’s the practical application of mathematics.”

Turning to Mark, what attracted you to coming to Dubai to head JESS?
MS: “There are elements in education in the UK that are quite stale whether you’re in the state sector or the independent sector. There’s a dynamism about Dubai that’s attractive and it’s at an interesting stage of its development. I’ve come from the independent sector in the UK and in some ways there are more restrictions here than I’m used to in relation to recruitment, for instance. But the important thing is that there is a mindset that wants to improve. We’ve entered a time when there is going to be more supply than demand and what that means is that quality of results rather than regulation will be top of mind with both parents and schools. That shift will be the big difference between Rob’s time and mine. This transition is reflective of my education career in the UK. When I began it was all about pass rates. Now it’s about excellence rates. The key thing for a school such as JESS, which is a community school that attracts people from a wide range of backgrounds, is value added, the way in which each individual improves throughout their education. “

Yes, ‘value added’ is a key phrase that you hear from schools in the independent sector in the UK but no-one here seems to be talking about it. Please fill us in a little further on this?
MS: “ There is a group at Durham University which has benchmarked the performance of children, their anticipated performance at age 11, 12 or 13 and what their actual results are. It’s an enormous scheme and has been running for 25 years and has a database of millions of children. It’s got the data that allows you to profile students in fine detail – so a child of a particular profile may have a 30% chance of securing an ‘A’ at GCSE. If you as a school manage to secure an ‘A’ for that child then you have clearly added value. Coming into JESS I will use this internally as a management tool and it will encourage our young people to set realistic targets. It will also be useful in helping to manage and temper, if need be, parental expectations. My early impression is that this not a debate that’s being out there in Dubai. People are still looking at raw results."

What do you believe will be the key factors in helping to keep JESS in a strong position in the new competitive environment?
RS: “That’s easy – the kids matter. We celebrate their achievement whether that is academic success or sporting success. It doesn’t really matter what they’re successful at. If we can nurture that success and help build on it that’s the important thing. So whether they can perform Bach in front of an audience of parents, represent their country in a sporting tournament or score 45 points at IB – which we’ve managed to achieve over the past two years – then that’s what we’re aiming for. They achieve and they applaud each other’s success. Parents in Dubai are very demanding - around 97 percent of them expect their children to go to university. We’re expecting around 96% pass rate at GCSE and IB we’re up from an average of 32 points to around 35 points this year. This is a great foundation but how do we move up to 36, 37 points and above which is Mark’s challenge?"

How do you believe the education environment in Dubai compares with the independent sector in the UK?
MS: “I think it’s not as mature as the independent sector in the UK where competition has undoubtedly driven up standards. When I started my career at Radley College the warden said we got 50% As at A level and last year they got around 80% A* at A Level and there have been drivers of change around that. It’s vital to know what your core values are and here at JESS they’re embedded in a sense of community. That was clear from the assembly I attended this morning where you got an overwhelming sense of excellence and an overwhelming sense of support. Standards will rise and it’s important that we realize that. Looking back on my journey over the past 20 years – 14 of them in leadership roles – I’ve had a taste of what’s to come. I’m really looking forward to the challenge. Some of the schools in Dubai don’t have the same values because they’re committed to providing a profit. There’s a value in being a 'not for profit' school. The challenge is going to be how to improve. The phrase we’re using is how to go from being ‘outstanding’ to ‘standing out’.

And finally Rob, it's just been announced that you've been awarded an OBE in the Queen's Honours List 'for services to education'. How do you feel about this?  RS: "It was a complete surprise but I'm thrilled and humbled at the same time."