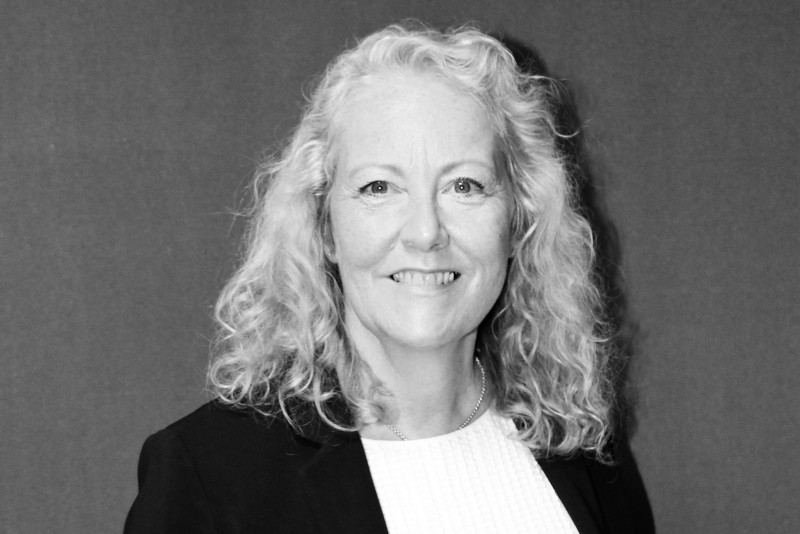 The International School Partnership (ISP) arrived on the UAE education scene just under two years ago when it acquired Reach British School in Abu Dhabi.

Since then things have moved swifty. The group went on to buy Aspen Heights British School which was finished and launched this September.

In Dubai, the group acquired US curriculum school 'with potential', Nibras International, in February, while construction of UK curriculum flagship school, Aquila, is currently underway, set for launch in September 2018.

“We believe everybody has the right to affordable education,” says Christine Simmonds, director of Middle East operations for ISP.

If the UAE schools within the ISP portfolio are anything to go by, that seems a guiding philosophy when acquiring and developing new schools. Well-appointed Aspen Heights is priced between AED 35,000 and AED 45,000, while Reach British School has fees that start at AED 22,000 and rise to AED 39,000.

Nibras in Dubai begins at AED 22,000 for KG, and rises to AED 44,500 for Grade 12. Even flagship Aquila, soon to be the most expensive UAE school in the group, will ask parents for AED 44,000 for FS1 to AED 55,000 for Year six. Given the prime location and premium facilities promised the fees represent real value.

ISP knows what it is doing however. It is no newcomer to building, acquiring, and managing schools internationally. The group currently owns 18 schools in Mexico, Spain, the UK, Qatar and of course the UAE.

ISP, says Simmonds, is composed of both educationists and investors, and everyone involved holds education"dear to their hearts". As a group, she continues, we do not buy into the idea of big cookie cutter schools designed to maximise revenues and efficiency, that are all exactly the same. "We value the diversity in the schools we have...

“Yes, the idea is to expand the group to become a well-known international group that really focuses on acquisitions and new builds, but when we acquire a school we protect the character of that school. It does not become 'an homogonous ISP school...'

So far ISP has grown largely by acquisition, rather than construction. It has specialised in turning schools around. "No investment group is going to be picking up schools which are outstanding. You tend to be offered schools which are in need of advice and guidance on how to improve.

"That is our strength. ISP can give provide that. We provide the injection of time, money and energy that a school needs to improve.”

An evolving case study can be provided in the form of Nibras which the group took over earlier this year. The US curriculum school had been rated Acceptable for nine consecutive years, in fact since inspections began. Many parents, we were told, appeared to be giving up hope of positive change before ISP's arrival.

“Nibras has a lot going for it,” Simmonds says. “It was rated by the KHDA as Acceptable but weakest in areas we could address. It had a great base to build upon. The kids are great… and the teachers are very loyal. Understandably perhaps, parents were more skeptical of a new owner, they needed more time to understand we are here to improve things.

“When we took on Nibras, we knew it had a positive student body … some had lost their way, but we knew we had a nucleus of good teachers.

"What the school lacked was leadership.”

ISP bought the school in February 2017 and invested in the new leadership team, replaced  or overhauled the infrastructure including a 10-year-old bus fleet, swimming pool, sports hall, and resourced two new libraries and a science lab, with two more underway.

“Over the summer we did a lot of work to the school, we still are doing work, as we couldn’t get it all done in a short space of time.”

“So now the schools looking pretty good, and we are starting to win over the parents who are thinking, 'Well, now we’re getting decent value for money!’”

ISP is financially astute as well. A factor in buying the school was the land it has to build on, meaning once a turnaround has happened, there is the possibility of increasing the size of the school to take advantage of increasing demand.

“I didn’t want to be a teacher at all, I just wanted to be a head teacher. Why? Because I had an inspirational primary head teacher, loved him and I thought he was brilliant.”

On her path to headship, Simmons did obviously teach. “I loved it.”

She became a UK head teacher at the age of 32, "young for a female headteacher,” she says.

“Most people in school leadership positions at that time were men.”

Simmonds took various positions in the UK with a stint as senior advisor for the London Borough of Bromley before deciding to work internationally. Simmonds became a consultant in Southern France and Monaco, while commuting back to the UK for senior leadership consultancies.

It was during this period, she received a call from recruiters asking her if she would consider relocating to the UAE. “I was headhunted out of the blue in Monaco… to come to Dubai one of the founder members of the Dubai School Inspection Bureau.”

She remained with the KHDA for five years as director of Quality and Research before leaving in 2013 for stints in Uganda and South Korea. It was only when ISP acquired the plan for Aquila that the company came knocking on Simmons door.

Aquila School is not new to Simmonds, in fact, she knows the plans for the school intimately as she wrote it in 2013. However things changed for the company who hired Simmons to write the original document and the company sold the plot and plans to ISP.

She says, “I wrote the Aquila plan as a freelancer and then they sold the license and the plan to ISP. ISP then came and employed me.”

“At the time of writing it however I did wonder whether the school would or could be made.

"It is after all very creative - because I was asked to think in that way. One of the most unique elements is how many vocational elements there are to it, and how programme, like Music Maestros, have been designed to help children become very, very rounded.

"I was encouraged to incorporate everything I had learned and observed in my years teaching, leading and consulting... To put that all together in a single plan for a school."

Given the proximity to the project Simmons is perhaps closer to Aquila than any other ISP project.  Simmons has been involved in all its aspects, in all minutiae. She personally designed the logo, got uniform manufacturers, Truetex, to create a unique Aquila colour, worked with the interior designers on the interior décor and furniture...

“Aquila is very much my vision of how a school should be, being built. Obviously I have a lot of emotional investment in it, but I never forget ultimately it is not my school.

"This is an ISP school through and through."

Aquila, Simmonds says, will be impressive. It will have quite a lot of "wow factors".

The UK curriculum school Aquila is currently being constructed in Wadi Al Safa, a new neighbourhood between Al Ain road and Emirates road.

It will launch in September 2018 with UK curriculum for the Early Years, Primary and Pre-16 - that is GCSEs, before differentiating into IB Diploma (IBDP) and IB Career Program (IBCP) utilising the UK BTEC as the vocational element of the latter.

Combining the IBDP and IBCP will give Aquila the ability to offer pathways for each child to explore and learn according to their own strengths, and their own interests.

“Aquila will offer what I call "amazing learning".

"What I mean by that is that it will be learning that is simply over and above what any child that attends the school thought he or she could achieve when entering” - no matter their academic level..."

You can keep tabs on the Aquila School here. Our review will continue to be developed updated as the school itself slowly rises...