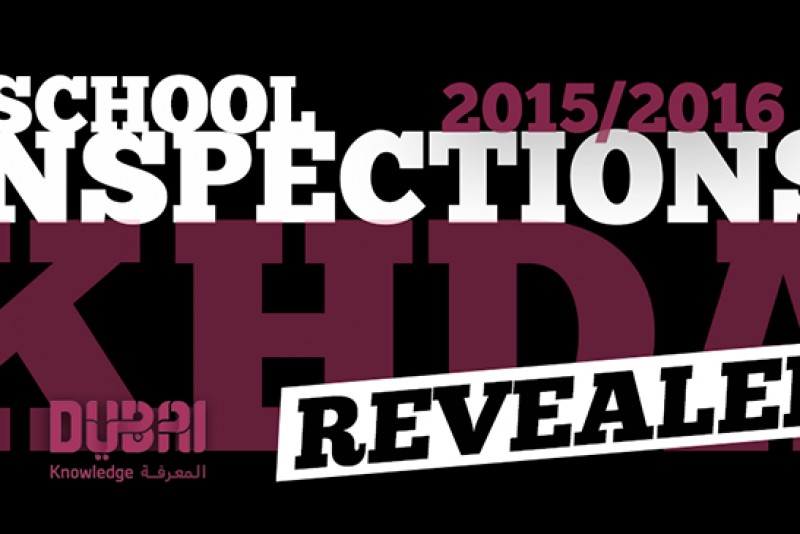 In the 2015/16 period 149 schools were inspected by the KHDA Inspection teams, with 8 new schools coming on line for the very first time.

The KHDA introduced the new unified inspection framework this year. The most immediate difference for parents is the addition of two new categories, Very Good and Very Weak. However, it should be noted that no schools recorded Very Weak ratings in the 2015/16 round of inspections.

Mirdif/Muhaisanah residents will be happy to know they now have an Outstanding school in the neighbourhood, with the elevation of GEMS Royal Dubai from Good last year to Outstanding.

And, although not actually a ‘mover’ it should be noted that Kings Dubai scored another Outstanding rating, making it the only school in the Emirate to hold a perfect 8 consecutive years of Outstanding ratings.

Two other schools moving from Good in 2014/15 to Outstanding this year are Dubai International Academy and Lycee Francais International Georges Pompidou School Branch.

While no one really knew how the new Very Good category would ‘work,’ it would seem now the results are released that rather than absorbing the schools in the bottom ranks of Outstanding, it has instead incorporated the best of those ranked previously Good.

Thirteen schools moved into the new category, and while 12 of these  moved up from 2014/15 Good ratings, Horizon English School was the only school to fall from Outstanding .

Interestingly, eight (or nine if we include Deira International School with is UK/IB) of the 13 schools in this category utilise the UK curriculum.

Again, GEMS performed well with 5 schools of the 13 in the Very Good category.

Once again, the category with the most schools remains the Good rating. This year, 57 schools were awarded Good by the KHDA (down 2 from last year).

Interestingly, there are no ‘budget schools’ (excluding Indian curriculum schools) ranked higher than Good this year by the KHDA.

While the majority of schools in this category are non-movers, there are however 10 schools which have moved up from Acceptable in this round of inspections.

A further four schools in this category were inspected for the first time, these were: Foremarke, GEMS New Millennium School,  GEMS Wellington Academy Al Khail and Springdales.

Victory Heights will be happy with their second inspection resulting in a Good rating this year, proving last year’s premature inspection was merely a blip.

This year, 56 schools in total were considered Acceptable, this is five less schools than last year. Three schools rose from Weak to Acceptable, while four schools in this category were being inspected for the first time.

This year only one school,  Mirdif Private School fell from Good to Acceptable.

There were seven Weak schools in this year’s inspections. Somewhat, worryingly, all three of these schools utilise the US curriculum and all fell from Acceptable ratings the previous year.