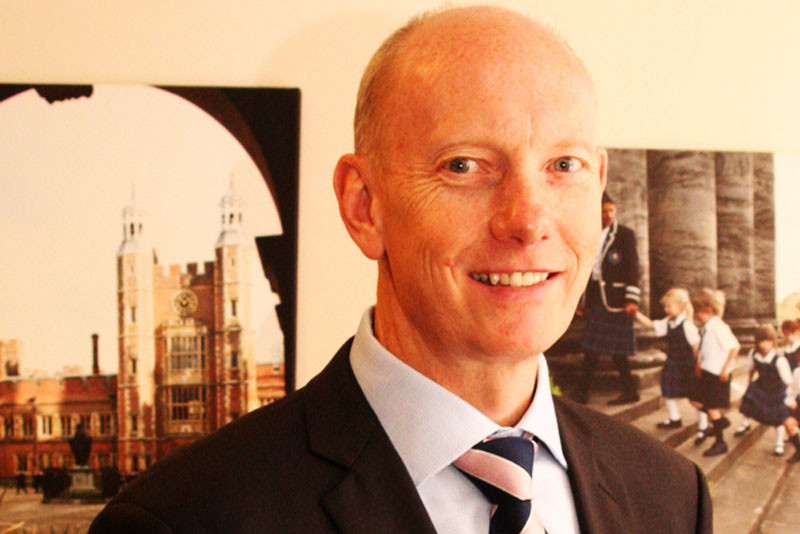 Gabbitas has been consulting to schools in the UK since 1873. Its main role in that time has been to provide teachers to the UK’s leading independent schools. That role has expanded over the years and the company now advises schools on a variety of issues including school governance and performance improvement. Gabbitas also now advises investors and UK schools on setting up British curriculum schools overseas.

Ian Hunt was appointed Managing Director of Gabbitas in 2012. He began his career in education at Millfield School, Somerset, filling many roles including Senior Tutor and as Senior Housemaster, running three different houses. In 2004, he was appointed Senior Deputy Headmaster at Wellingborough School, Northamptonshire and in 2008 he become Warden (headteacher) of Llandovery College, Carmarthenshire, where he successfully raised both pupil numbers and academic performance.

WhichSchoolAdvisor spoke to Ian about the challenges facing international schools generally and more specifically about the issues he sees that are particular to the UAE.

How did you get into teaching?

I was working as a merchant banker and had an epiphany when I was working in Hong Kong. I realised that I really wanted to contribute to the community. I subsequently went and trained as a teacher and then secured a post at Millfield where I stayed for 18 wonderfully fulfilling years.

It provided me with a perfect opportunity to combine my business background with educational expertise. I joined them in January 2012 and our key focus has been in helping schools and investors develop British curriculum schools overseas.

How did you decide on opening an office in Dubai?

My first visit to Dubai was in 2008 when the city had just hit a sharp bump. Coming back in 2012 I saw that there had been an enormous transformation. There was clearly a huge opportunity and that’s why we decided to open an office.

What is your major focus at the moment in Dubai?

Our first project is the JVT Arcadia Prep School which will open in September 2016. There will be around 800 pupils in the school. Class sizes will be at a maximum of 25. It’ll be an international school following the British curriculum and is designed to be a feeder school for the senior school that we hope to build soon. We’re also in the process of building an all through school in Fujairah which is set to open in 2016. This will be the first international school in the emirate.

I would have said that 10 to 15 years ago all international schools lagged behind UK schools and that was primarily due to the quality of the teaching that was taking place in these schools. Two things have happened in recent times – better teachers are coming out to teach in international schools and schools have put in place systems and structure that are much more professional.

What is the biggest challenge facing international schools globally?

Teacher availability is the greatest quality risk for international schooling across the world. Not enough teachers are being trained, not enough of them are staying in the profession. Add that to the huge and growing demand for British education across the world and the problem is clear.

Where does the UAE figure in the international school scene?

As far as globally the UAE and Dubai in particular sits high on the places of where teachers would like to go. Thailand and Singapore would be up there so I’d say they’d be the top three. The teachers that come here have to know, however, that there is a route for them back in to teaching the UK. Because of this teaching crunch salaries will have to go up.

There has been criticism of school investors and operators in the UAE accusing them of being greedy in the pursuit of unrealistic profit margins. Is this criticism justified?

Building and investing in a school is a long term investment. You can’t make your money back in two years and if that’s what you’re looking for then you’re in the wrong industry. The average margin for instance in an independent school in the UK is around 10%. 95% of these schools are charitable so all of that money is typically reinvested back into the school into capital projects. A good school in the UAE would typically be making between 20 and 25% profit.

Almost every school, if it’s set up and run properly will be returning a profit – a real profit – by year ten of its operation. What we see in the Middle East, however, among many investors is a desire to squeeze money out at the front end which results in a damaged brand. Investors and school operators should recognize that a few points shaved off the profit margin which is subsequently invested in improving staff quality is an investment that is very worthwhile and which will repay itself many times over. The schools that squeeze on staff investment will be the ones which suffer in the newly competitive environment.

There seems to be a lot of concern about teachers leaving the profession. Why do you think this is and what can be done to address it?

We did a survey ourselves an found that there were vacancies in virtually every school in September of last year for STEM subjects. This is a worrying trend. Add to that that many young teachers are leaving before they’ve completed five years and you’ve got an additional 360 British curriculum schools scheduled for the next five years across the world and you have the perfect storm brewing. There needs to be a co-ordinated teacher training programme across the Middle East. There also needs to be a re-evaluation of the rules surrounding who can and cannot teach and there needs to be a huge investment in finding teachers in English speaking countries. Continuing Professional Development (CPD) is key for virtually every teacher. The Middle East has got to see itself as part of the professional cycle for teachers.

There is a huge focus in the UAE on improving the country’s standing in international educational tests such as PISA and TIMMS. How important and relevant do you think these tests are?

The real question that needs to be addressed is ‘what are you actually measuring?’ What is the actual use of these tests which to be honest are very blunt instruments. The objective for the UAE should be to improve the overall quality of education and you do that by investing in your talent – finding the best teachers and supporting them properly. One thing that may be useful is to compare curriculum to curriculum so schools here teaching the Indian curriculum should measure themselves against the best performing Indian curriculum schools across the rest of the world and that should apply to the rest of the curricula that are taught here.

You’ve been in education for a long time. What do you schools need to do more of and what do they need to do less of?

The key thing that both parents and schools need to do is to let children be children. There is clearly a requirement to have a controlled classroom but we also need to give them space where they can grow as individuals. We’re in danger in the UK and the UAE of hurtling towards the Chinese model just at the point when the Chinese are heading in a different direction. Schools have got to stop demanding high level entry requirements, parents have got to stop competing with each other for results. The greatest gift that an educator and/or parent can give their child when it comes to education is to establish a ‘love of learning’.