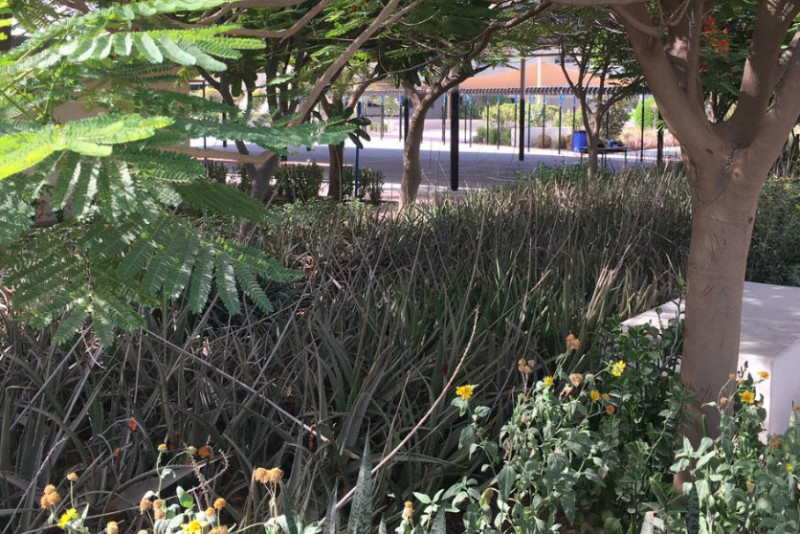 If you live in Sharjah or the Northern Emirates, it’s more than likely that Sharjah English School (SES) was at some point near the top of your ‘school wish list.’

While for most Dubai parents, education north of the ‘border’ remains something of a mystery, SES has a catchment area that actively forays south of the border. If you are within its catchment area, this is a school WhichSchoolAdvisor.com thinks you would be wise to consider.

Sharjah English School is the only not for profit school in Sharjah, and has for many years been considered one of the emirate’s best kept secrets.

Launched in 1974, the school was created to allow the children of UK nationals access to a ‘truly British’ education.

Known for its small community feel (it has only 800 students), inclusive nature and committed teachers; this ‘all-through’ school sits at the very heart of its community.

The real evolution of SES began back in 2005 when the school moved from its original location in Sharjah City to Meleha Road on the border with Dubai.

The colossal new plot afforded SES the space needed to finally reach its ambitions by not only adding premium facilities, but also allowing expansion to an all through-school.

Today, the final development in the SES metamorphosis from a small Primary to a three-form intake that will eventually feed through to the Secondary is almost complete, and WhichSchoolAdvisor.com met with principal John Nolan to find out more…

Currently, three forms exist up to Year Four while the old two form system remains for Years Five and above.

However, with an additional 24 students added to the school each year, it must have been clear to most SES parents that the need for additional classrooms was becoming urgent.

What many didn’t know was that plans to develop a new building on the campus were already underway, the school having got the go-ahead in 2014.

In 2016, the contractors finally broke ground and a new Foundation / Key Stage One building was underway.

The SEN department, dedicated Primary science facilities, Primary library and Arabic department will also all remain in the current building, allowing for potential expansion should the need arise.

On site, it’s immediately apparent that the new construction is a departure from the original ‘phase one’ buildings.

While the original buildings are low level and appear to be designed to blend into the lush landscaped grounds, the new and ultra-modern building offers no such pretence.

Boasting an impeccable pedigree, the building was designed by Graeme Fisher co-partner of Graphite, while construction is managed by Godwin Austen Johnson (GAJ) engineering.

Graphite’s education projects include many of the newer GEMS schools most notably the five-star GEMS Nations and GEMS World Academy Singapore. The firm also designed Cranleigh Abu Dhabi and The Centre for Engineering and Manufacturing Excellence in London.

Godwin Austen Johnson's recent projects include both Arcadia Preparatory School and Sunmarke, The firm's head of education design, Jason Burnside, was recognised as one of the 2017 WhichSchoolAdvisor.com ‘Educational Influencers.'

Although the 3,000 square metre building is structurally complete, the fixtures and fittings are still to be added.

Even at this relatively early stage the numerous modern design elements are evident, including light wells, vast swathes of glass and the continuous and playful use of light and space.

The long single-storey building is split into two distinct areas, (Foundation at one end and Years one and two at the other). These are separated by an internal half-size sports hall which will, according to Nolan, relieve the scheduling pressure for the school’s main multi-purpose hall and auditorium.

Each classroom will have its own expansive full glass front with access to the grounds, with the Foundation classes each having access to their own individual rubberised outdoor learning spaces.

Inside they also share a purpose built wet-room and interconnecting doors.

Throughout the building, corridors are wide to allow the shared space to be utilised as multipurpose break-out areas, and additional facilities include: WiFi for integrated connectivity, further landscaped grounds and a new AstroTurf football pitch and basketball court to follow.

Foundation classes will be capped at 22 students, while the primary will have a maximum of 24 students, both significantly lower than the Sharjah Education Zone class maximums.

Sharjah English School’s sleek new building will not only allow the Primary to ‘spread its wings,’ but will bring the coherent site plan to fruition.

Year Six, which has currently been working within the Secondary building, will now return to the Key Stage Two building, while the original Foundation block is set to become the first dedicated Sixth Form Centre in Sharjah over the course of the next year.

The new building not only highlights SES’s continued commitment to its student body, but a clear determination to develop alongside the top schools both in Dubai and beyond.