The 'Mike Phillips Just Play Rugby Academy' will be open to teams of girls and boys aged three to 11 years, and where children will learn essential fitness and rugby skills from Phillips and a team of coaches.
Mike Phillips Launches Dubai Rugby Academy
By Veathika 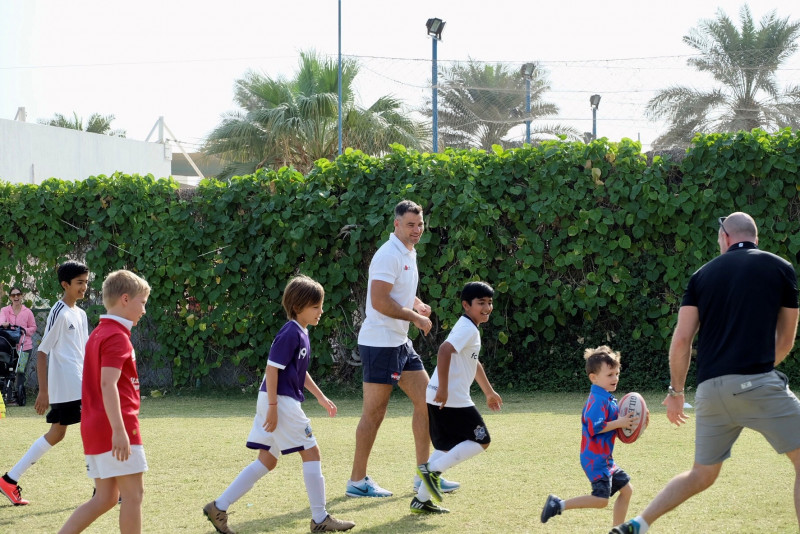 Young rugby players aged three to 11 will now be able to get trained at Welsh international rugby star Mike Philips’ academy in the the UAE.

The rugby star has teamed up with Just Play to launch his first Dubai-based Mike Phillips Just Play Rugby Academy.

Phillips is Wales’ most capped scrum-half with 99 appearances for the Welsh national side and the British and Irish Lions. His academy will hold regular training sessions at the English College Dubai in Jumeriah 3 and the Nord Anglia International School Dubai on Hessa Street.

The players will get an opportunity to train alongside one of the game’s most experienced players and to learn first-hand the skills that helped propel Phillips to the top of the sport. Phillips said:

“There is a huge amount of support for rugby here in the UAE, from the grassroots level all the way to the international game. In recent years we have seen more females getting involved in the game, not just within the UAE but globally, with a thriving women’s professional game and a growing female development programme.  This is great for the future of the sport and something we are very keen to encourage at the Mike Phillips Just Play Rugby Academy. I’m thrilled to have the chance to work with youngsters of all ages, abilities and nationalities here in Dubai.”