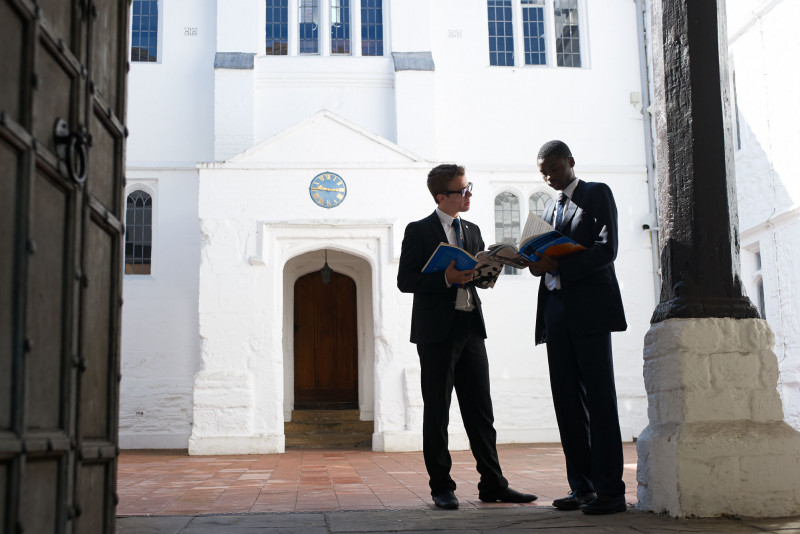 The Royal Grammar School, Guildford is one of the UK's oldest schools, founded in 1509, and one of its most respected academically.

Cognita is one of the world's largest education groups with 75 schools in nine countries. Interestingly, RGS Guildford in the UK is not part of the Cognita stable of schools, but a truly 'independent school', bought by the parents and staff of the school in the 1970s.

Like RGS Guildford in the United Kingdom, the Dubai school will follow the British curriculum from three years to 18 years of age. For primary years, which will be the focus of the school on launch, the curriculum will be based on the Early Years Foundation Stage (EYFS). Throughout the school, standardised assessments from GL will be used, in line with the UAE National Agenda. In Year 11 (aged 16) students will be assessed for GCSEs and then, in their final year of school, against a broad range of A Level courses and the Extended Project Qualification (EPQ).

Unlike the RGS in the UK, which is boys only, the 2100 student capacity UAE school will be co-educational.

RGS Guildford in Dubai will be built on a new development, Tilal Al Ghaf, located behind Dubai Sports City and Jumeirah Golf Estates. It will be part of a major new development by the Majid Al Futtaim group, owner of Mall of the Emirates, Vox Cinemas, Little Explorers and Magic Planet.

According to the job specification released on TES, the principal will need to "create and lead a branch of one of the most respected and successful schools in the UK, in a unique partnership with an outstanding global schools group... He or she "will be expected to develop his or her own particular vision for the school, while ensuring that it reflects the priorities of the KHDA (for example, promoting children’s wellbeing and the acceptance of diversity, embracing creativity and innovation) and adheres to the same fundamental values and ethos of RGS in Guildford, United Kingdom.

We firmly and passionately believe that RGS Guildford Dubai will be one of the very finest international schools, which will allow us to share our expertise in a global city renowned for its diversity of dynamic mindset. Working in tandem with Cognita, which has such close connections with the RGS and which mirrors this philosophy and passion, makes this project all the more exciting. Dr. Jon Cox Headmaster RGS Guildford

Collaboration, community and innovation are just some of the many principles that unite the RGS and Cognita. This common perspective is the foundation for success as the RGS expands internationally – and is a beacon for what the very best of British independent education has to offer. Simon Camby Group Education Director Cognita

RGS Guildford in Dubai will have much to do if it is to emulate the academic successes and positioning of the UK school. In 2019 at GCSE, 50% of all student grades were grade 9 and 75% of grades were grade 8 – 9 (the equivalent of the old A* grade) - which would put it in the top 3 schools in the emirates. At A' Level, 35% of all the results were at A*, significantly ahead of any school in the country. In the UK itself, RGS Guildford came 41st.

RGS Guildford is also said to be extremely proud of its record of getting students into top universities. In the last ten years 343 offers have been achieved at either Oxford or Cambridge.

The Royal Grammar School Guildford in Dubai will formally launch in Q1 2020, after its principal has been recruited. That will leave a maximum of 20 months to the actual opening of the school, when the hard work will really begin.