British schools across the UAE have sought permission from government education regulators to close early on Monday, in order to mark the passing of Queen Elizabeth II, a monarch of significant importance to the UK, commonwealth and to many other countries where she has played an important and enduring role.
Which UAE Schools Will Close Early Monday?
By Susan Roberts 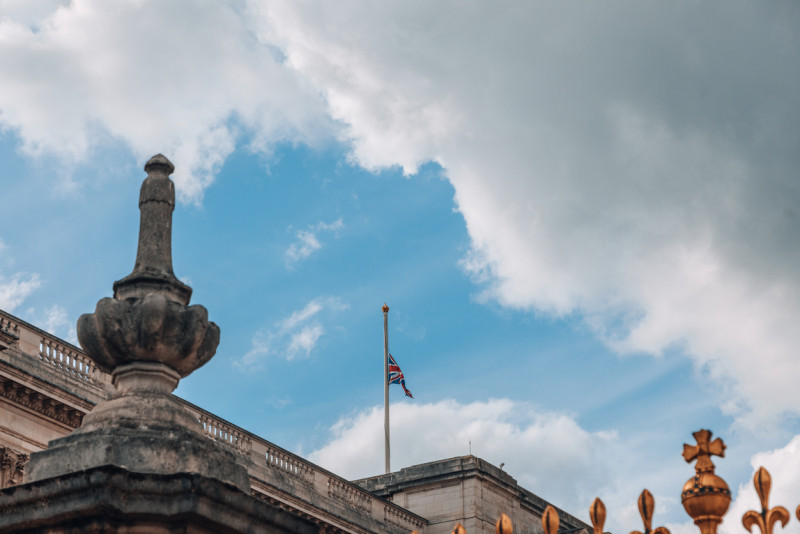 Families across the globe will pause on Monday, as the United Kingdom televises the state funeral of Her Majesty Queen Elizabeth II, following her death last Thursday, at age 96. The funeral will be broadcast live by the BBC, NBC and CNN at 2:00pm UAE time.

Monday will be a public holiday in the UK, with schools and non-essential public services closed, to allow families to come together and observe this somber moment in history.  Although not a public holiday in the UAE, many British schools across the emirates have sought permission from government education regulators to close early on Monday, in order to mark the occasion, and allow families to watch the funeral at home together.

UAE British schools are varied in how they will accommodate families wishing to observe the funeral, largely depending on the communities they serve. While some schools will close early, others have provided an optional early pick up, with classes continuing for those who prefer to attend. Some schools have taken the decision not to allow an optional early finish but will instead made arrangements for the funeral to be televised within the school, for those who wish to observe it.

Which schools will close early?

Dubai College will close at 12:25pm on Monday, with the option of watching the live broadcast of the funeral in the school’s auditorium, for those who do not leave early. All regular lessons and extracurricular activities will be postponed. In a letter to parents earlier this week, the school stated:

"For many who have expatriated from the UK, this will be one of the most culturally significant events in the country’s history and it is important to allow community members to share in this event."

“Brighton College Dubai is a school with strong British roots and an international community of more than 60 different nationalities. The decision to close on Monday afternoon was the result of an email poll which parents completed during the week. As the overwhelming majority voted in favour, we will close at midday to allow those of our families who would like to spend this time in commemoration, to do so, and as a mark of respect for HM, the late Queen Elizabeth II.”

Dove Green Private School has also taken the decision to close early, providing staff and students the opportunity to watch the funeral at home.

GEMS Al Barsha National School will close one hour earlier than usual, providing staff members with the opportunity to come together to watch the funeral and take part in a programme of related wellbeing activities. Karim Murcia, Principal, wrote:

“Following the sad news of the passing of Her Majesty Queen Elizabeth II, members of the GEMS Al Barsha National School community are preparing to pay their respects on Monday 19 September. Pending KHDA approval, we want to give our majority UK staff as well as all students attending our British curriculum school the opportunity to stop and reflect on this significant moment in our history, so we are proposing to finish school an hour early on Monday. Our thoughts and prayers remain with the Royal Family and British people as we continue to celebrate the Queen’s life and what it represents in relation to the values."

“We have sought permission from the KHDA to close early next Monday, 19th September, so that those interested and invested in the cultural life of the UK can watch the Queen’s state funeral at home and in the company of their families.”

British School Al Khubairat in Abu Dhabi will also close early on Monday, providing staff and families with the opportunity to watch the funeral from home.

Which schools will have the option of early collection?

GEMS Wellington Academy Silicon Oasis has provided the option of parents collecting their children from school early on Monday and will also stream the funeral live in the school for those who wish to watch.

“GEMS Wellington Academy – Silicon Oasis will come together to celebrate Queen Elizabeth II’s reign on the UK throne. On Monday 19 September we will give our students and staff the opportunity to remember the Queen throughout the day. Our parents have been given the option to collect their children early from school should they wish to watch this historic moment together as a family. We will also be streaming the funeral live in the school for those that wish to watch the funeral procession. In addition, we have cancelled all after-school meetings to give the WSO community the chance to remember Queen Elizabeth II.”

Horizon English School will stay open also, providing the option of early collection for families who wish to watch the funeral together at home. In a letter to parents, Principal Ian Wallace wrote:

“We were deeply saddened last week to hear of the passing of Her Majesty Queen Elizabeth II. For many within our community, especially those with a British or Commonwealth background, it is a time of cultural significance and marks the end of an era."

Kings School Dubai, Victory Heights Primary School and the newly opened Durham School Dubai, have communicated to parents that those who wish to watch the funeral together as a family will have the option of collecting children early on Monday.

Which schools will not offer an early finish?

GEMS Metropole School will not offer an early finish on Monday, instead screening the live broadcast of the funeral in the school for students who choose to watch it.

“GEMS Metropole School has been saddened to hear the news of the passing of Queen Elizabeth II. On Monday 19 September, it will be a full school day, without the option of collecting children early. However, we will be showing the funeral during Lesson 6 for those students who wish to view the occasion.”

Nord Anglia International School Dubai, a school with British roots and an international focus, will not close on Monday, but will provide engaging opportunities for students to learn about the Queen Elizabeth II's reign.

What do parents think?

British mother, Jennifer Smythe, was pleased with the flexible approach taken by her daughter's school:

"In my view, it is appropriate that British schools give the option to families to watch Her Majesty's funeral together. I won't be collecting my daughter early on Monday, as like many parents, I do have to work, but I appreciate the gesture and sensitivity demonstrated."

A non-British father, who preferred not to be named, expressed frustration at the approach taken by the school his son attends:

"My children's school will be open for those who do not collect early, but with regular classes cancelled. While this is a British curriculum school, the majority of families are not from the UK, and so I think this is unnecessary."

NOTE: If your school has special plans on Monday to mark the passing of the Queen, please let us know at [email protected], and we will endeavour to add your school to this story.