While sports and physical education is an integral part of most curricula, private schools in Dubai and the UAE are offering more by signing on external vendors and academies with professional coaches to train students.
New Schools, New Game Plans to Get Physical
By Veathika 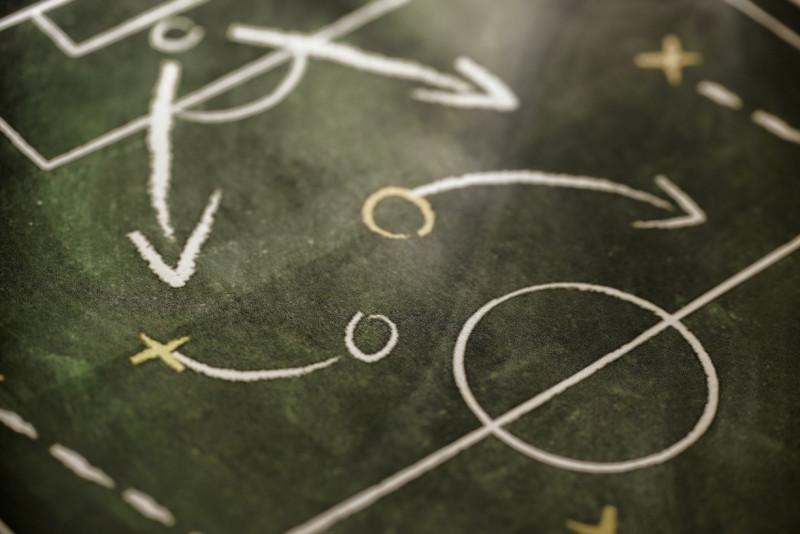 Traditionally, established schools, particularly in the UK public school sector and in almost all US schools, have always done sport well.  In part, this was designed to ensure that all students developed their individual and team competitive spirit and had a focus on the physical, as well as academic, side of their education.  Meanwhile, schools benefited from the legacy that such a strong commitment to sport brings in terms of infrastructure, tradition, established competitions and inter-school rivalries...  In the UAE, especially within the premium and not for profit sector, the same approach has largely been adopted.

That presents new schools here with a considerable challenge. How can schools without legacy and the tradition of a decade of so of sport, not only take established schools on, but perhaps by breaking with orthodoxy, do it differently, and perhaps even better?

Without necessarily having the number of students initially, or indeed, the number of specialised full-time PE staff, new schools are effectively "buying in" the specialist staff and the capacity to offer either a broader, or more specialised, range of sports than their own in-house team would initially be able to do.  Some are linking with well known academies on their campuses, or using the numerous specialist providers that have established themselves in the UAE over recent years.  And it is not just the new schools who are developing these relationships; many of the established schools are increasingly offering these add-ons to parents too.

Popular school leagues, such as DASSA, mean that schools are encouraged to introduce team sports from a relatively early age, and children then have the opportunity, not only to compete internally, but to play against other schools in what have become fiercely competitive competitions.

In April this year, the Dubai Health Authority outlined a new plan under which the schools in Dubai need to have 150 minutes of physical education per week.

While most schools have built PE into their curriculum, some new schools are turning to professional coaches to both differentiate and power their sports offering. Joanne Wells, Principal at South View School told WhichSchoolAdvisor.com:

“As a new school we were able to work on the curriculum as a blank canvas. We could build the PE provision we wanted from day one. Physical exercise is a critical element of school life and we have ensured we have the facilities to deliver it. For South View these include a  FIFA standard soccer field, tennis courts, a 6-lane swimming pool with a training pool for beginners, a dance studio and several multi-purpose halls.”

However, the school is housing City Football Schools by Manchester City FCto give aspiring players the chance to develop their football skills under the guidance of professional coaches from the current champions of the English Premier League. It is the first time that City Football Schools has offered coaching in Dubai and is open to the wider community as well.

Emma Shanahan, Principal of Aspen Heights British School told WhichSchoolAdvisor.com the school was taking a more traditional route with its own PE department "offering a wide range of sports, both during and after school."  However, even here the school has started using an external provider for swimming, gymnastics and karate, who run classes later in the afternoon and at weekends.  "The advantage of this is that we can also offer swimming for parents and others within the area, opening up our campus to the wider community," Ms Shanahan continued.

The Aquila School, which opened this September conducts whole school aerobics as well as one full swimming and one full PE lesson a week. Amy Eaton, PE and Swimming Coach at The Aquila School told WhichSchoolAdvisor.com:

“Our whole school activities and initiatives such as our involvement with Dubai 30:30 and family and children fitness activities mean that there are even more opportunities for children to be active in school. We want our children to engage in learning for real life; and our PE curriculum promotes the development of a long-term healthy and active lifestyle for every child.”

The increasing focus on sport comes in tandem with a big change in parent attitudes, who increasingly understand that children need to be active in order to achieve their potential - not just physically, but academically and emotionally.

Abigail Dawes and Cristinel Anghel at Nibras International School told WhichSchoolAdvisor.com physical education gives the students a chance to express themselves in different ways, be louder, and move around freely in a large open gymnasium:

“It gives the children a sense of being/working as a part of a team, it gives them an idea about sportsmanship and how to treat other students in a competitive situation.

"We encourage children to learn physical skills by giving them a wide variety of sports to learn across the school calendar. Each sport is different and teaches different skills students can use throughout their childhood and potentially later into adulthood.

The school has recently updated its sports equipment, renovated its gym, re-built its swimming pool and had flood lights installed on the football pitch.

Reach British School offers its students a range of 16 different physical activities within its timetabled PE lessons, which include football, basketball, swimming and fitness.

“A high-quality PE curriculum enables all students to enjoy, succeed in and develop a wide range of skills and the ability to use tactics, strategies and compositional ideas to perform successfully.

Dene Bright, Principal, Reach British School, told WhichSchoolAdvisor.com that when students performing, they think about what they are doing, they analyse the situation and make decisions. They also reflect on their own and others’ performances and find ways to improve upon them. As a result, they develop the confidence to take part in different physical activities and learn about the value of healthy, active lifestyles.

"PE helps students develop personally and socially. They work as individuals, in groups and in teams, developing concepts of fairness and of personal and social responsibility. They take on different roles and responsibilities, including leadership, coaching and officiating. Through the range of experiences that PE offers, they learn how to be effective in competitive, creative and challenging situations."

A number of schools have squads for both boys and girls in different sports and categories like Under8, Under 10 etc.

More and more parents are demanding physical education to be given equal importance as other academic subjects and schools are listening by getting in external coaches and academies.

Nibras' Ms. Dawes said: “ We tie-up with other academies to be able to offer more variety to the students. Some of these are external ECAs. We don't offer Ballet/Taekwondo, for example. To be able to offer it as an ECA however broadens choice, and, when taken, the children's knowledge about what else the sporting world has to offer them.”

South View's Ms Wells agrees: “Every PE teacher has their strengths, by using additional providers the students get to be inspired by someone for whom their sport is their passion, for our squads and competitive teams it is always good to have someone who can act as a coach for the team,”

Professional licensed people come in and set the benchmark we can use to judge performance - our own and our students.  It's another level of professionalism

Today you’ll find that high achievers or toppers are able to do multiple things well. That is not a coincidence. It is all connected. Sport really brings out the best in children - on and off the field. When students arrive back in class after a game, they are alive, they are attentive, and they are able to focus… People talk about an holistic approach to education, well... any school that has found a way to do sport well, is already a long way down that path.