As the academic year draws to a close, we thought it was about time WhichSchoolAdvisor.com caught up with Dubai College principal, Mike Lambert, to discover how his first year at the helm has gone, and to find out what is on the horizon for the school in 2016/17.
One Year In: Mike Lambert - Dubai College
By C Hoppe 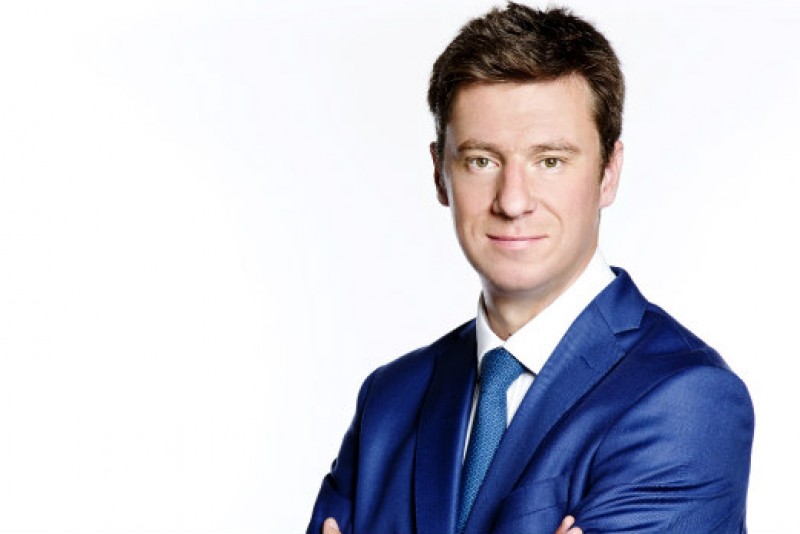 To some degree Lambert fought for and won the right to head the easiest, and hardest principal’s job in the UAE. Easiest because Dubai College has historically performed very well. It may well be a selective school, but its academic cylinders fire students off into Oxbridge at a rate no other school in the country can match. The most difficult because how do you improve on something that, for its target audience, is already doing extremely well. How do you persuade anyone to change something that’s clearly working already?

On a number of counts however, Dubai College does seem to be improving – and quantifiably. In a Council of British International Schools (COBIS) survey of its 271 members Dubai College proved to be the authority’s number one British International School in the Middle East for A Level and GCSE results, number 3 in the world for A Level results and number 4 in the world for GCSE results.

Also this year, a record 20 DC students (16 percent of the total) received offers from Oxford and Cambridge. That puts the school significantly ahead of the likes of Charterhouse and Guildford High School – the big names in UK private schooling.

The school also achieved another BSO inspection with Outstanding ratings in all categories. Perhaps its rating should be no surprise, but the report tellingly highlighted Lambert’s “clear vision for the future and an enthusiasm to improve the school still further, maintaining the outstanding levels of students academic and personal achievement.”

Dubai College also received an Outstanding rating from the KHDA inspection team. Again this was not the first Outstanding rating for the school, but the report noted early improvements in Lambert’s reign, most notably coming from Arabic and Islamic Studies provision which had, in previous years, come “under some fair criticism”.

“Both [Islamic Studies and Arabic] have been upgraded and are now on a trajectory they need to be to bring them up to the same level as the rest of the school,” Lambert told WhichSchoolAdvisor.com.

Mike Lambert is a young and energetic principal and clearly in no mind to relax on any laurels, or hand over DC’s position to any new school in the UAE. Improvement and innovation at Dubai College are still very much on the cards, at least while he is dealing them.

While “the numbers are still strong, the outcomes are still improving”, this is not enough for Lambert, whose ambitions are revealed in “the two major skyscrapers” the school wants to build – “both to do with learning and teaching.”

“We’ve just employed our first director of learning and teaching, she’ll be joining us as of September.”

“The plan it to turn the admin block into a learning and teaching research centre. We’re looking at partnering up with Cambridge University in order to offer the masters in education that they offer to our staff going forward, and to embed action research as part of what we do at DC.”

In addition, Lambert plans to create an annual Dubai College teaching and learning compendium to be printed and distributed to interested parties.

Together with his team, he’s also been developing a system to allow teachers clear progression and promotion through the school.

“We’re looking at staff development, staff progression, creating new opportunities within the school for staff to move up. We’ve now created the pathway which means someone can arrive at Dubai College as a teacher and leave as the head.”

Dubai College already enjoys one of the best teacher retention rates in the country.

Dubai College is undoubtedly competitive, and an environment where its pupils themselves expect the best of themselves. That can equal pressure, occasionally unbearable pressure.

Around the world the issues of student mental health have been on the rise with children increasingly expecting more of themselves than they can deliver. Pressure comes from themselves, from their families, from peers, and even from a school culture increasingly concerned over league tables and percentages of students getting A*-A.

It’s something Lambert says Dubai College itself is very aware of.

“We’re working on how to make student services even bigger than it currently is, so things to do with wellbeing... mental health... it’s on everyone’s lips right now, not because we [Dubai College] have seen a rise, but simply because more people are talking about it, than they were before.”

Key to lessening the pressure however is getting students to see beyond examinations – that there is more to life than their grades. This says Lambert is work in progress…

A Continued Focus on Wellbeing

One of this year’s biggest stories was the Dubai-wide focus on student ‘wellbeing’, Lambert notes, adding that DC responded by implementing a 10-point pilot project, called Home Alone, in which students were introduced to meditation and life skills.

It is going to be just the start: “The next academic year looks set to be an even bigger year - ‘wellbeing is everything,’ not just an add-on," he says.

"I’ve been thinking about it in terms of the school this year as If you look at a school, we have academic wellbeing... but also physically wellbeing, and even ethical and moral wellbeing.”

“Next year we will be hosting the COBIS Wellbeing conference, the first they’ve ever done,” he says.

“We’re looking at five strands of wellbeing:  The academic the physical, the moral, the spiritual and the future wellbeing, we’ve given it a l lot of thought and that’s the route were taking.”

The line up for the event will see some of the biggest names in the industry descend on the school: “We have Sir Anthony Seldon, Ian Morris, Professor A.C. Grayling, Ilona Bonniwell, and John De Graaff,” all coming to Dubai College…

Preparing Students for an Uncertain Future

Other changes this year have included the complete removal of ICT, to make way for computer science.

“We all know we are preparing children for a world where employment and where people work is changing. To improve “future wellbeing” we have completely turfed out ICT and replaced it with something more relevant, more applicable.”

“Everybody does computer science now, from Year 7 upwards, that’s their new language as it were.”

“We have a digital skills programme in Key Stage Four, so what they would have got in ICT,  in terms of using Microsoft Word  and Excel etc, they’re getting that as well, but it’s much more than just simply learning to use your Microsoft Office suite, it’s about managing your digital profile, using LinkedIn to find jobs…”

Although providing student help is not new at DC (the school has assisted several pupils experiencing financial hardship in the past), this year, has seen the cementing of a defined DC scholarship policy and the commencement of a five year development strategy to build an alumni network and a network of friends of the school.

“We are in the first year of a five-year plan, for our Development Office.”

“Essentially we’re looking at the model for profitable development offices as they exist in the UK, where years one to three work around reconnecting with alumni and doing what is known as ‘friend raising.’”

“Only when people are engaged with the school, are they likely to want to become willing and generous donors.

“We are looking to set up something called the Dubai College Foundation. We do have relatively ambitious plans, although I’m not sure we are quite ready to put full figures on that,” he says.

“Eventually we want several places at the school to be funded, graded from a fraction of the total fee all the way to 100 percent scholarships.”

Dubai College is very much an educational pioneer in the UAE, but how does a not-for-profit with only 870 students manage to continually implement the newest educational policies and be at the forefront of global thinking?

According to Lambert it’s the backing of a board that is both experienced and confident that has allowed important decisions to be made quickly.

“We don’t have any of the economies of scale of being part of a big group, so the onus is on the school” he says, “but by the same token we are consequently quite ‘nimble’ in that, rather than turning a massive profit making organisation around, we can just change tack and hit that direction incredibly quickly, because the levels of command are all relatively contained.”

“We’ve been doing quite a lot of work over the past few weeks to immortalise and embed Dubai College as an institution, so I’m seeing my role here as simply being a trustee of this place for however many years I’m going to stay as head.

Ultimately Lambert tells us, his job and his challenge is to leave Dubai College “bigger, stronger and better than it is today”. One year on, and have to admit, it’s surprising how much distance Lambert has already made on that journey.