Parents and Nursery Managers have reacted with horror on hearing the story of Om Desai, age 3, who was found wandering the streets of International City.
'Serious Security Breach' at Dubai Nursery
By Jenny Mollon 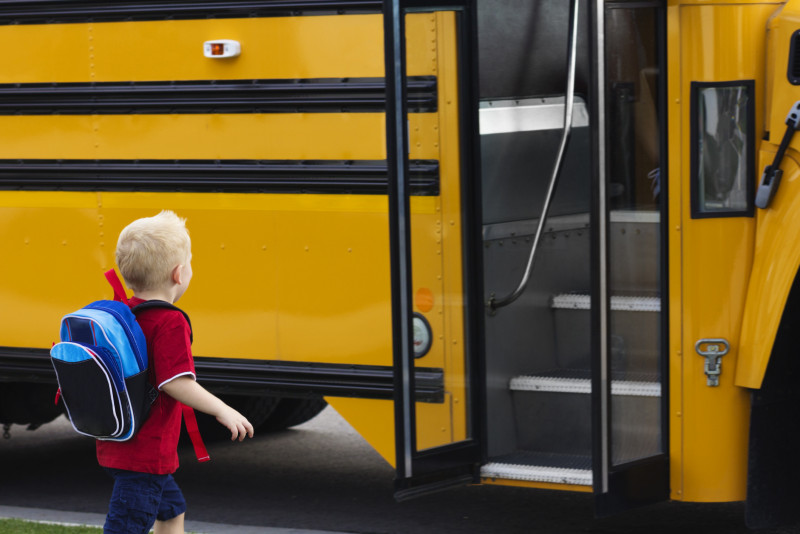 Om Desai, 3, had allegedly been left on a bus after travelling to his nursery in International City from home in Dubai Silicon Oasis.  Staff did not notice his absence and he eventually left the bus alone, walking the local streets for some time before being picked up by a police patrol.

“He had no identification on him and can’t communicate because he is just three, not five.  He had nothing on him, even his bag is still with the nursery. For the nursery it seems the bag was more important than the baby.”

Later actions of the transportation staff served only to compound the distress of parents, according to the newspaper's report.  Om’s mother was waiting for the transport to drop him to her at the agreed time, but the bus did not stop as it did most days.  The anxious mother was eventually able to catch up with the bus, only for the driver to then inform her that she must collect her son from Rashidiya Police Station.

Om was eventually reunited with his parents, and was unharmed.

“I simply cannot understand how this could be allowed to happen, Farheen Effandi, Director of IDEA Early Learning Center in Dubai Sports City, told WhichSchoolAdvisor.com. "As a Mum, I have such sympathy for these parents!  We have very strict policies and procedures around safety and safeguarding of the children, which we constantly review and reflect on. We take attendance and check numbers multiple times a day in each class and for each absence a parent or caregiver is called.

During drop-off and pick-up time, we have a security guard who monitors our secure gates, administrative staff and myself who ensure we know who is entering and if that person is authorized to pick the child up.  If not, parents are called, valid ID is checked before a child is handed over.  We are also, as per parent feedback are implementing ‘Authorized to Pick Up’ ID Badges.  Parents trust us with their children and the children themselves trust us to keep them safe, and so we do our utmost to ensure this each day.”

Whilst instances such as these are mercifully rare, at WhichSchoolAdvisor.com we advise all parents to consider security and safety as a key element of their school or nursery selection process.  It is vital that parents see documented security, hygiene and health and safety procedures - including transportation and feel empowered to question how often these procedures are reviewed and updated.

"WAll of our children who use bus service (especially our 3-5 year olds in Foundation Stage), are monitored very closely."

All children who arrive with STS ['School Transport Services' ('STS')] are issued with an individual ID card, which they wear on a lanyard. The ID card includes a photo and unique barcode.  The barcode is used to electronically scan children on and off the bus. It also links to the child's emergency contact details, accessible by Bus Nanny, Bus Driver, STS Supervisor and Kings' Admin Co-ordinator.  Manual signing in and off the bus is also carried out.

At the end of the journey, both the Bus Nanny and the Bus Driver manually count and check children. Once all children have disembarked, the Driver will check again and has access to an emergency button to raise the alarm if he has concerns. Within thirty minutes of children disembarking, the STS Supervisor carries out checks against electronic records and will immediately inform school and parents of any concerns".

At WhichSchoolAdvisor.com, we believe that schools and nurseries are communities which require the input of every adult stakeholder, especially when it comes to the safety of children.

Nurseries and schools alike must have rock solid security and safeguarding policies in place, which are ‘stress tested’ at regular intervals to see where problems or oversights may lie.  It is well known in educational circles that the most dangerous point in any child’s day is entry and exit, morning and afternoon.  This is when security measures must be most stringent.

Our team also suggest that parents partner with their chosen setting and report any breaches of health and safety, even ‘near miss’ events such as gates or security doors left open. This way we can all make a significant contribution to the overall security and safety of all children.