Nurseries across the UAE have been closed since 1st March and, unlike schools, still do not have a date for reopening. Senior industry leaders say that this insecurity is tipping many vulnerable businesses into crisis, and fear that many thousands of job losses may be inevitable.
This article is part of an editorial series on Covid-19 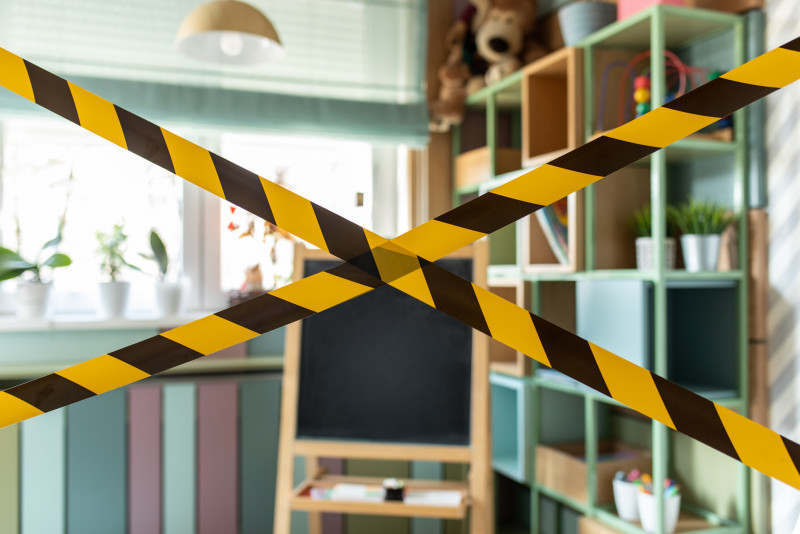 A group of senior figures from UAE nurseries held a press conference on Monday to call for more clarity for the future of their sector.  Nurseries have been closed since 1st March as part of a nationwide drive to stem the spread of Covid-19. However, unlike schools and many other businesses, UAE nurseries have not yet been given a date for reopening. Industry leaders fear that this lack of clarity may lead to the closure of many nurseries and thousands of job losses.

In the press conference Lama Chivi, CEO of Babilou Middle East commented that,

“We believe that the UAE economy needs childcare to restart. We have been closed since 1st March with no visibility on reopening.

The Babilou group operates in many other countries, where nurseries are now open, busy and often in receipt of financial support from the government. Our nurseries in France have been successfully operating since 11th May, with an overall occupancy rate of 74%. All our nurseries in Germany are open and our Singaporean nurseries have received two-fold support: parents have been compelled to pay fees, and the government has paid additional subsidies.

In the UAE, our biggest financial challenge is the lack of rent relief. We are still paying full rent despite having no income in Term 3. That is very difficult for us.”

“The lack of clarity has made us pause and reconsider our plans to expand further in the region. Our nurseries in the UK, Hong Kong, USA are all open and many are operating to full capacity. We’ve even been able to open new branches in London and Austin, Texas during the pandemic. As early years professionals, we are confident in a very high level of cleanliness and hygiene in all our facilities. Allied to that, all the data indicates that young children are less likely to affected by the virus. Parents need us to open so that they can return to their own professions”.

According to representatives at the press conference, the UAE has, like most developed nations, been moving towards a model of a majority of families having two working parents which requires the support structure of high-quality childcare. “We know that if nurseries do not open soon, many working mothers will be compelled to reconsider their own career, as it will be simply impossible to combine the two", Shaun Robison, Governor of IDEA Early Learning Center said.

Representatives of the nurseries repeatedly drew comparisons with schools that are able to reopen in September and have been issued with detailed guidance as to how to make the building and operations safe for staff and children alike.

This has, WhichSchoolAdvisor.com was told, heightened competition between schools and nurseries in year groups where their offering overlaps – typically ages 3-6.

“Schools are targeting families who need childcare with a number of financial incentives. Some have offered free sibling places for young children, others free full day care or transport. We, in the meantime, are closed and simply cannot compete”.

Our view, your view

WhichSchoolAdvisor.com believes that every industry depends on good quality childcare in order to operate and thrive.  Naturally, we hope to see nurseries open alongside schools in September - with the appropriate safety measures in place.

We would love, however, to hear from you:  Do you think nurseries should be opening? Have you been impacted by closures? How will you balance family and work life come September if nurseries do not reopen? What measures would you like to see in place to ensure the safety of your children?

Share your thoughts with us, and your fellow parents, below, on our Facebook page, or by sending an email to editor [at] whichschooladvisor.com.